From Senegal, Ndagnane I traveled to Gambia again.A full day of traveling with 5 different types of transportation I finally got to Kuntaur. I stayed again in the Eco lodge from the owners of Kairoh garden. The shared taxi dropped me at a crossroad. I was not sure how to get to the lodge so I called them and they told me they’d send someone to pick me up. While I was waiting, two more tourist got out of a bus. Nerea and Julen from Spain are also traveling to Kairoh garden. We just start walking together. The man from the lodge was already in sight and with the heavy suitcase the Spanish couple where carrying, they were happy he brought is bike. The walk was pleasant thought the fields filled with grain and rice. The people with colorful clothes are giving big smiles. 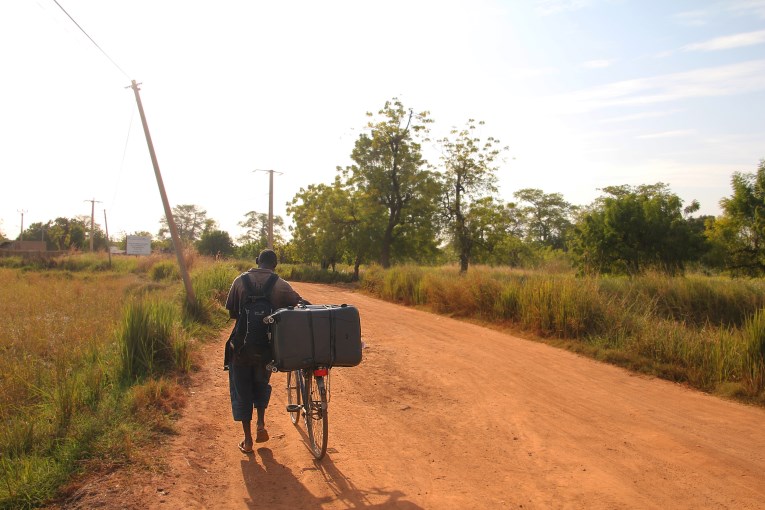 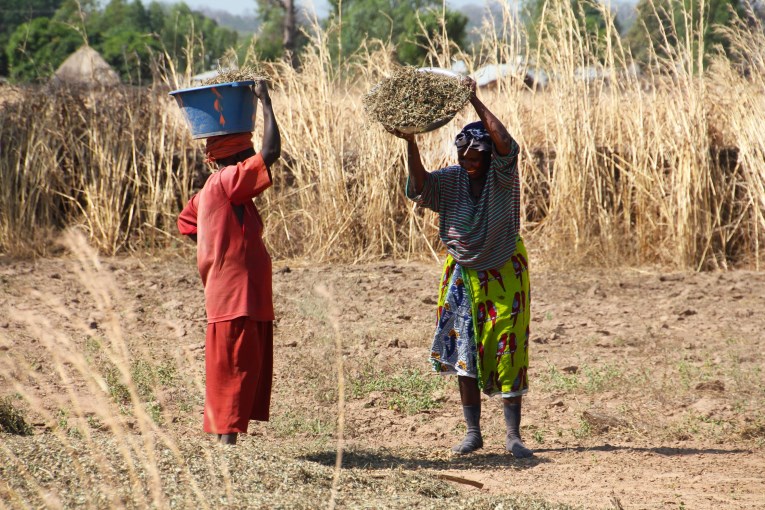 When the shared taxi from the border drove to Kuntaur, I already have seen that The Gambia is green. The river is all he way goes from east to west and from this the country will get his water. Again the rooms are a little old, but nice. This time I had a private bathroom. Only the toilet is ecologic with a scoop and ground next to it. So when finished, scoop and done. It does spread a strange smell. Not too bad, but just weird. 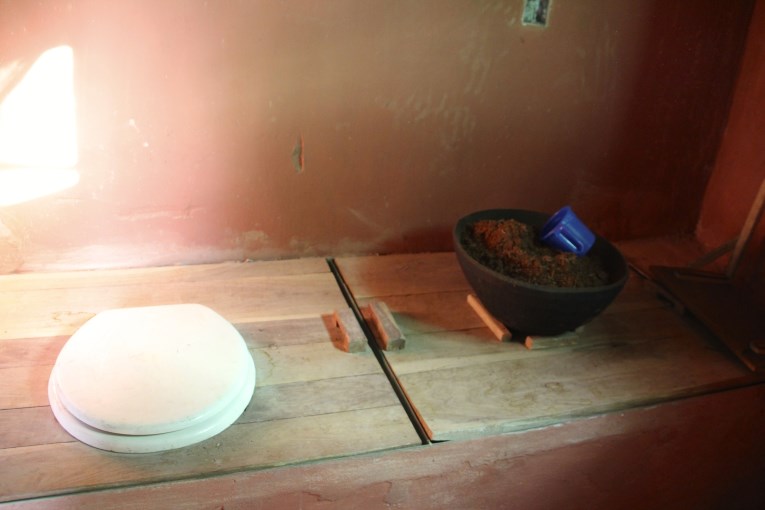 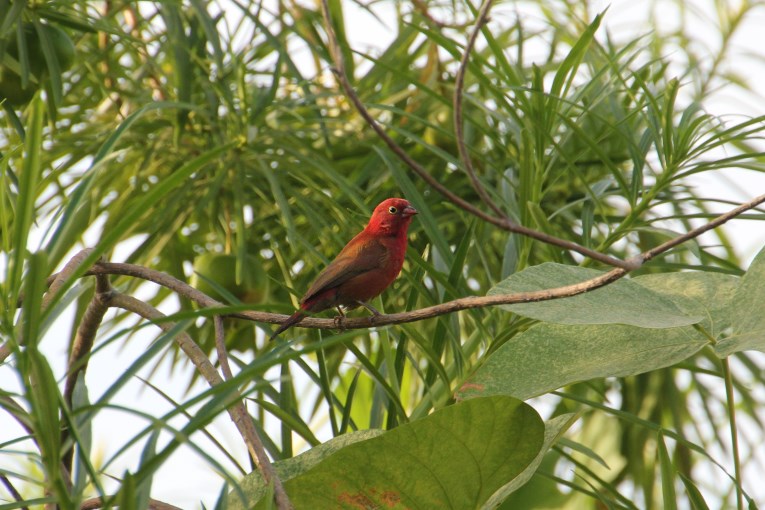 We walked trough the village, but how the children seem shy first, they now daring to ask for candy and sometimes even money. They even call a number you should give; 50 euros and even 100 euro! Well, that’s not gonna happen!
The sun was setting with a beautiful view. We finished our meal and went to bed early. 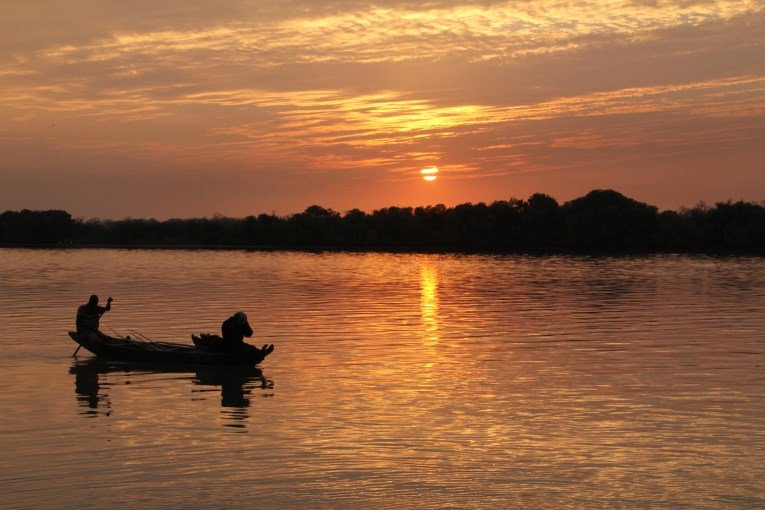 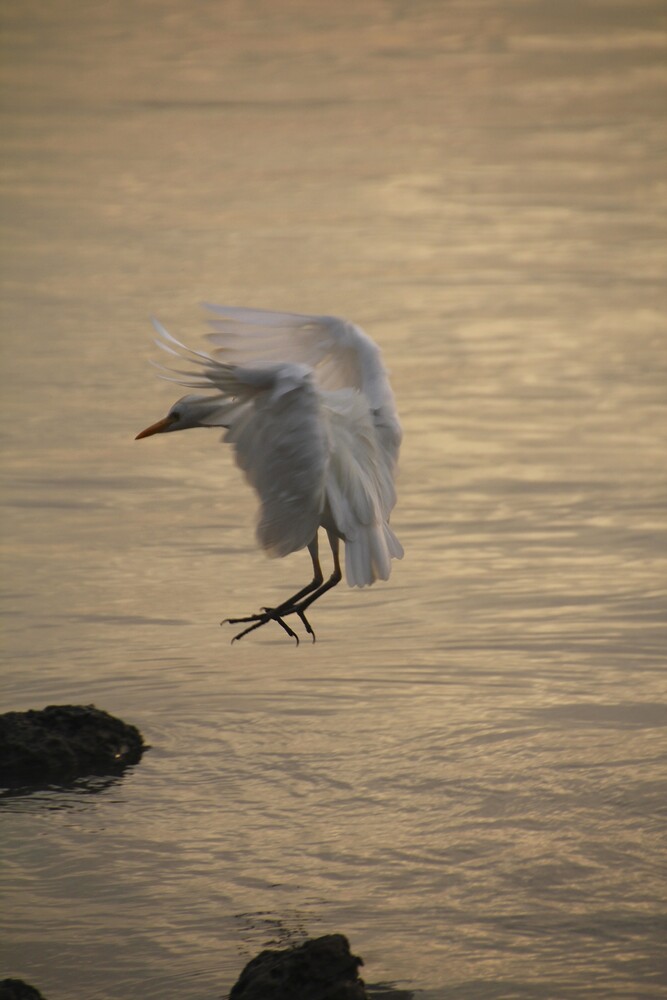 The next day we hired a donkey cart to a nearby village called Palan. The village is a typical African style bungalow village. The bungalows are build from clay and straw. They lay in rice fields which need to be harvest right now. The big tamtam goes around really quickly. Within minutes there gathered around 30 children around us. They all want to hold our hand and just walk with us. I was a bit afraid it would a bit touristy and the people we would be seeing us as a walking ATM. But nothing of this! The children where just happy to see us, hold our hand and just having fun posing for pictures. 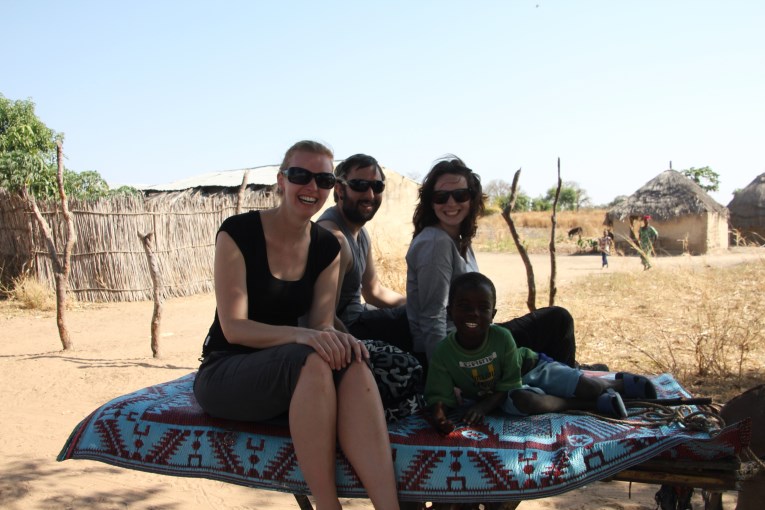 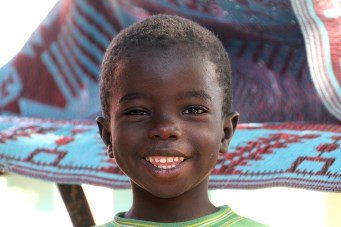 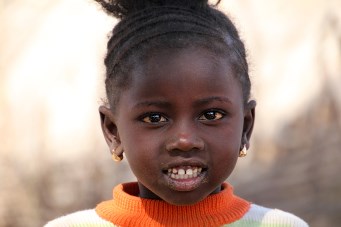 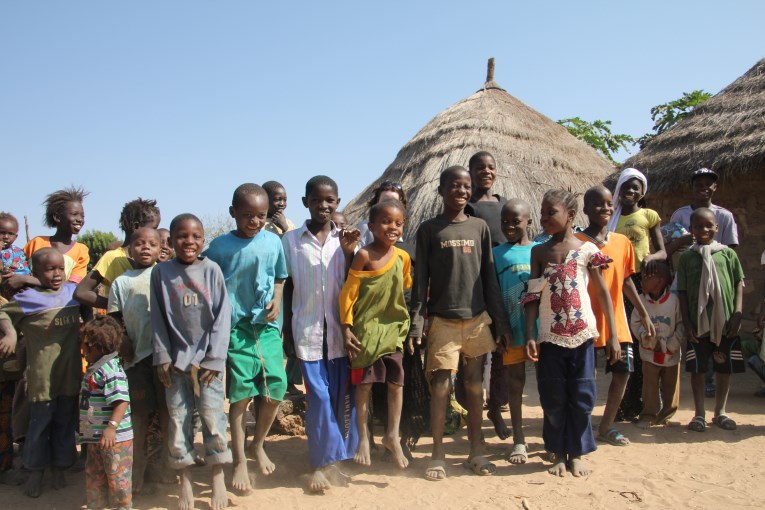 The children look happy, but also a bit poor. The clothes they are wearing are old and torn apart. Most of them are not wearing shoes or anything like that. The guide told us they do go to school, but I’m not sure about this. We didn’t give them anything, because I don’t want them to beg. 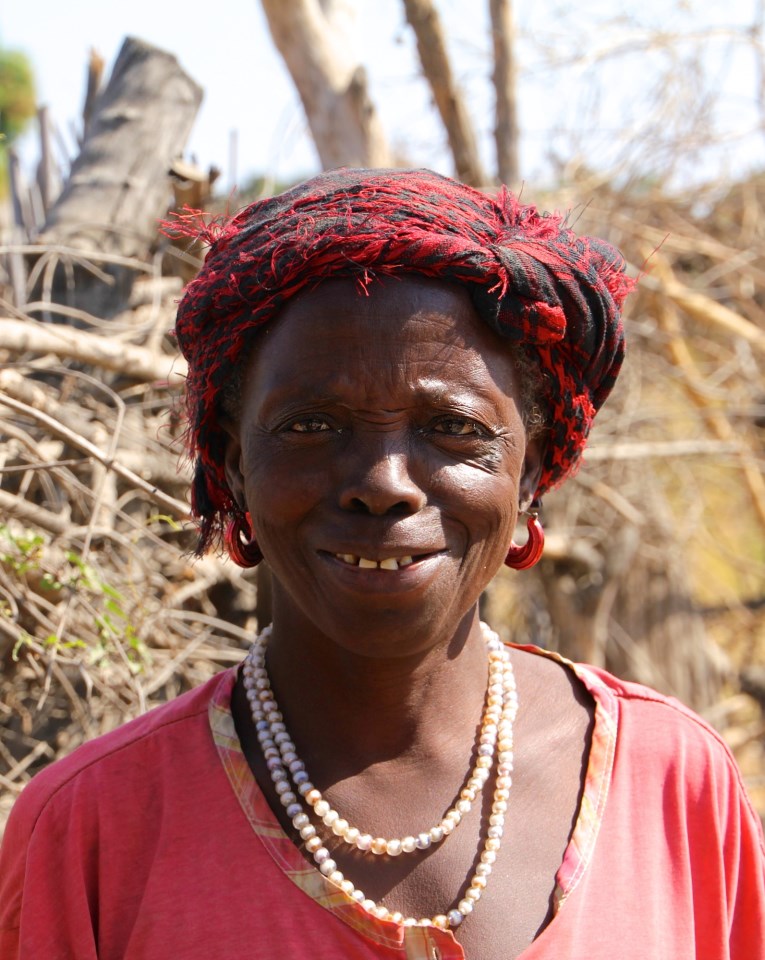 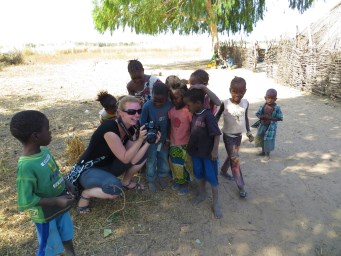 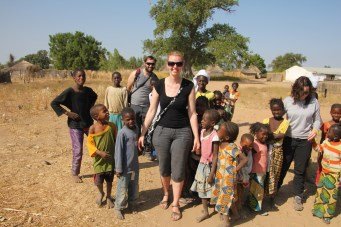 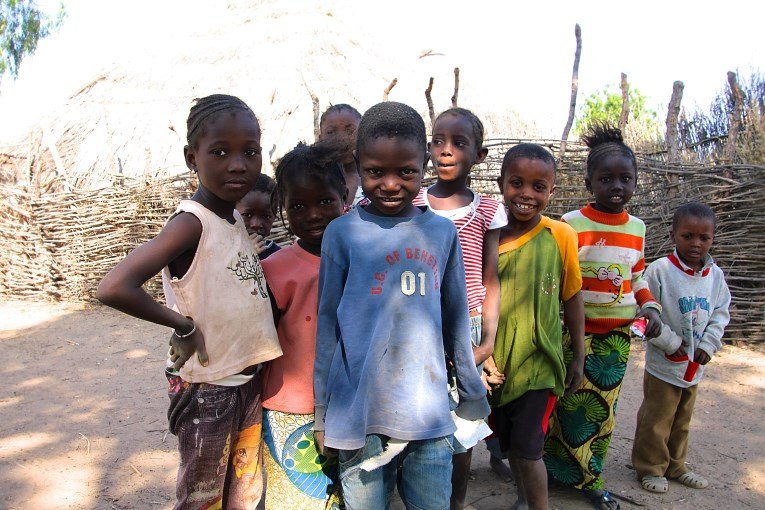 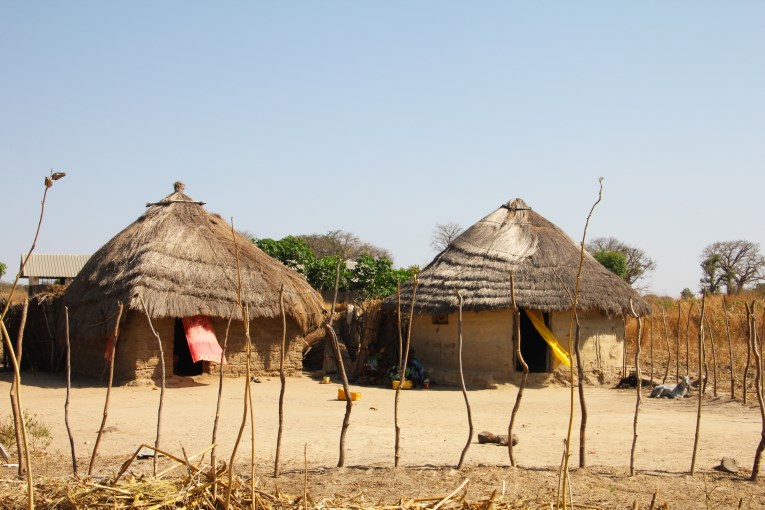 We continued to Wassu stone circle. In ancient days people made these circles from stones up to 1.50 high. They were formed in circles, but the reason why is still a mystery. Unfortunately the market day in the village of Wassu was not that day, so that is one to be missed. After the wobbly cart ride, we rested a bit. 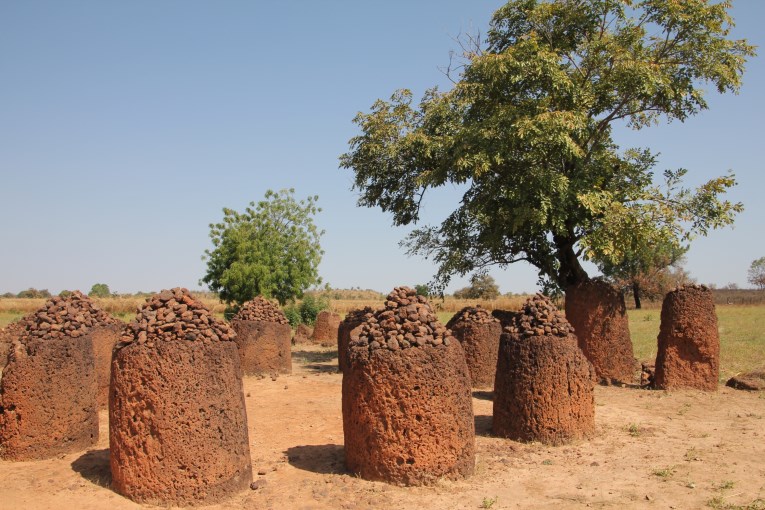 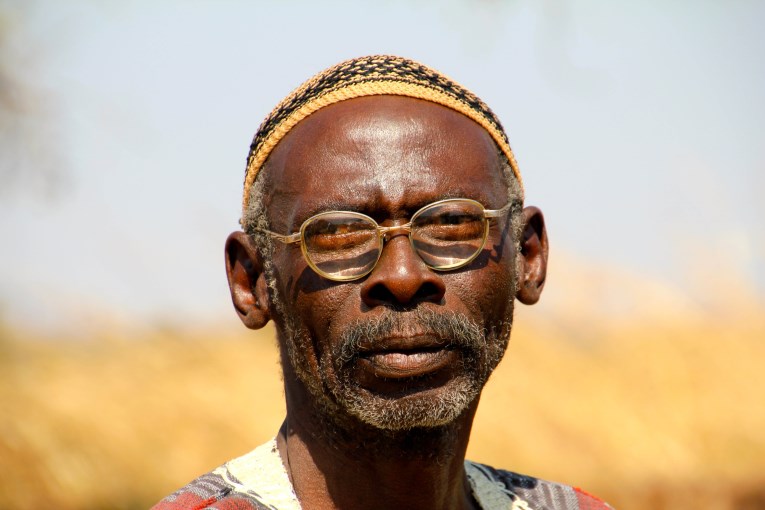 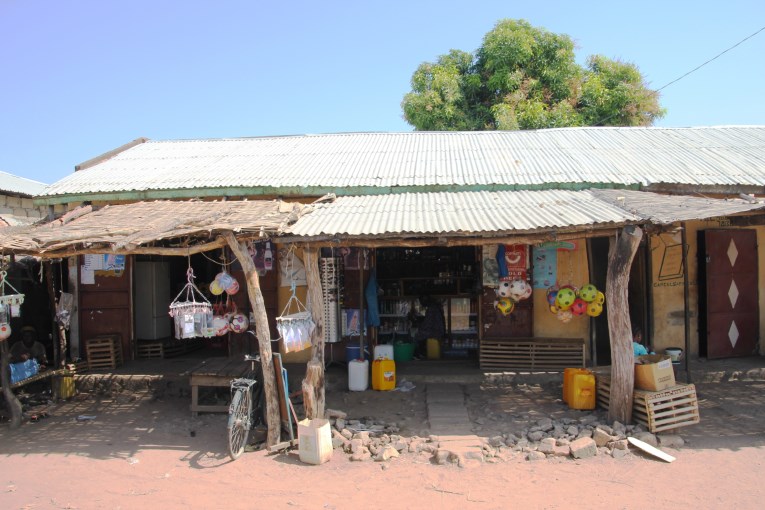 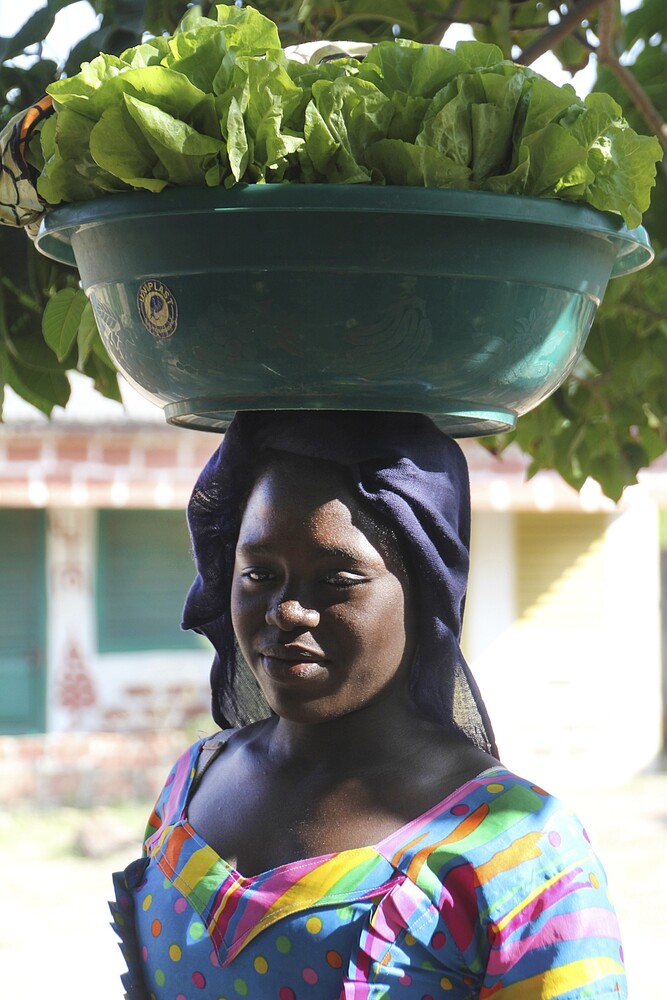 Something not to be missed in this area is a boat ride on the Gambia River to the National park.
A lady staying in Kairoh garden asked us to share the boat with here, but she left really early afternoon. Because we wanted to see animals, we thought it would be better to leave right before sunset. When the price was settled, we left. Within 10 minutes we saw our first animal. A python! Wow what a snake! 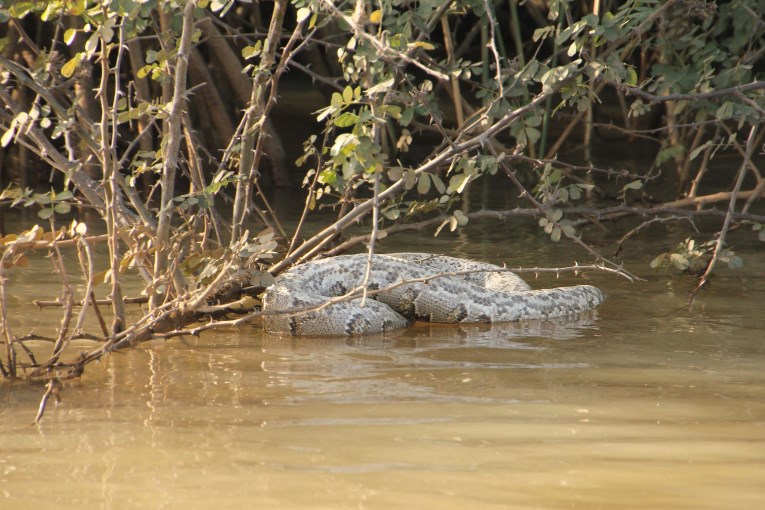 The river is part of a National park. There for you need to pay entrance fee. We got an extra guide on board, but it was a student, so not much new information. Although the big animals have disappeared from the Gambia, you still can see chimpanzees. There are 5 islands onto the river, on 2 of the islands there are living chimpanzees. In the ’60’s a lady introduced the chimpanzees' rehabilitation center. The monkeys live her semi wild. They can’t leave the islands and they mostly find their food themselves. But in dry season the food can be limited. Therefore, they will give them extra food. 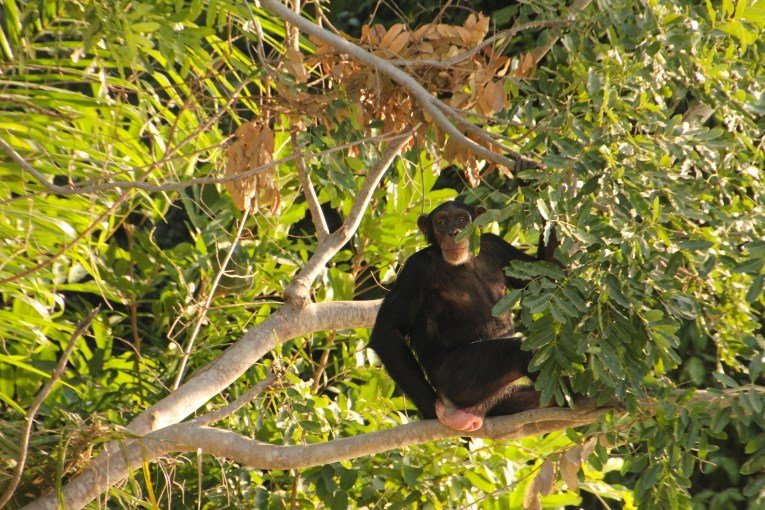 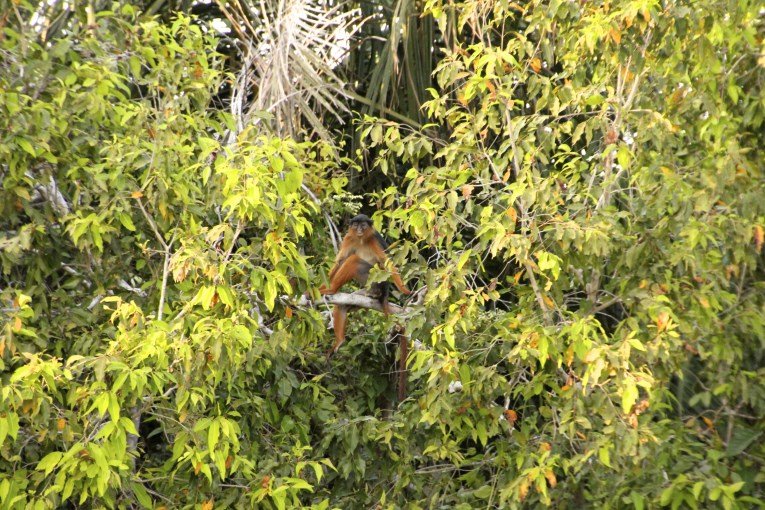 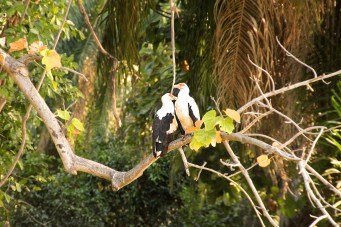 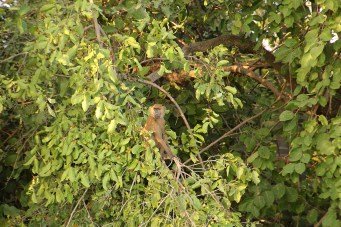 There are more creatures to spot on the river. Hippo’s! The big animals live in the river. Our guide was really eager to show them to us. It took a while to find them, and it was still a bit at distance. It was awesome! 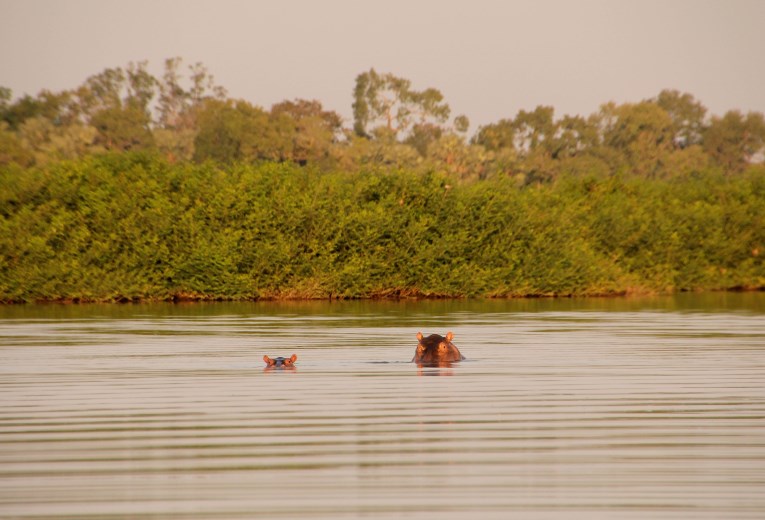 The sun was setting which gave a spectacular view.

Befor we went to bed I talked to the other lady staying in Kairoh garden. The had the same plans like us. Going east next morning. She offered us a free ride to Farafenni. Here is a point where you can cross the river with a ferry. She was leaving early, but it would save so much time! Our trip would continue to Bintang Bolong lodge. 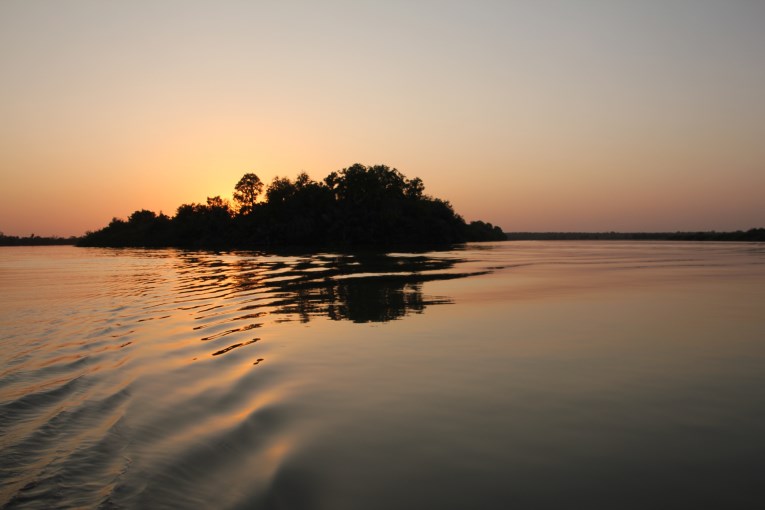 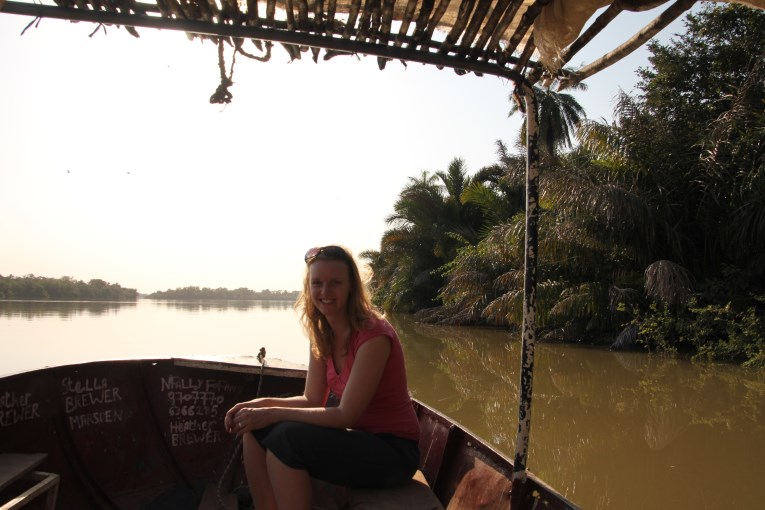