Suriname is a country on the continent South America. Suriname is 5 times bigger than the Netherlands, but it only has about 600.000 inhabitants. With 80% of tropical forest and jungle you can imagine how quiet this country would be. The most people live around the coastline and in the capital Paramaribo. 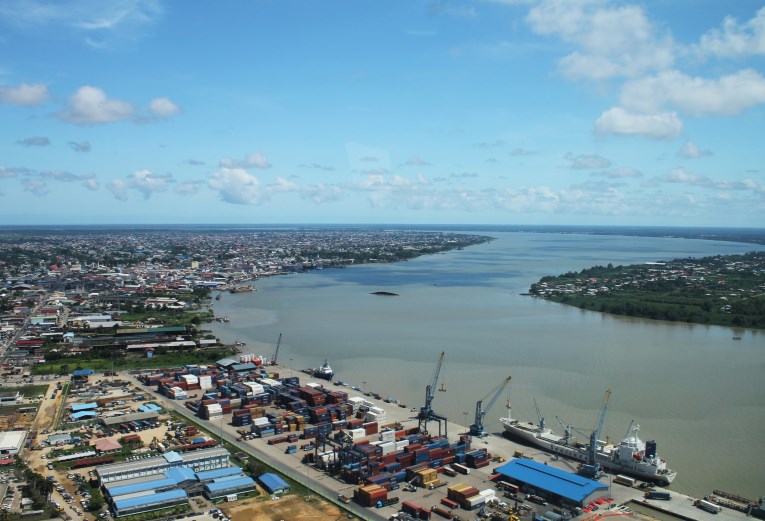 Visiting the jungle can be a challenge. Especially when you want to use public transport. There are not many buses going to the tropical forest inland. Most places you can’t even reach with a bus, those are only reachable by small planes. 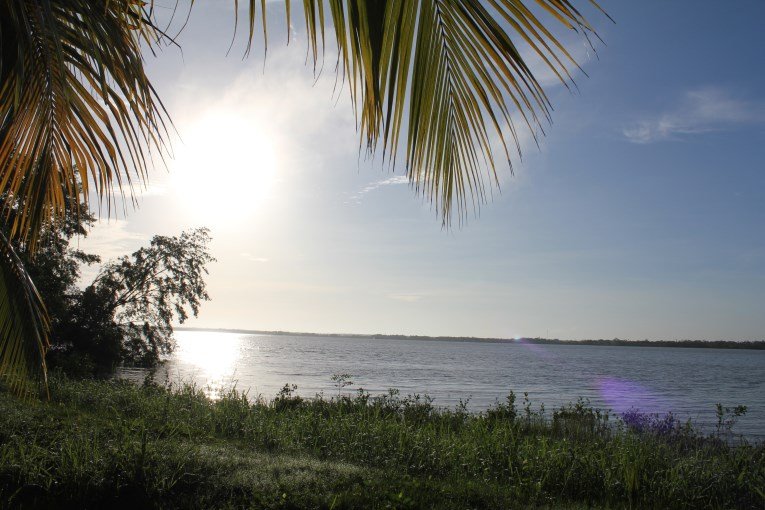 Before the independence of Suriname in 1975, the Dutch ruled this country. Since the 17th century, Suriname was contested by other European countries. In 1954 the country became a constituent country of the Kingdom of the Netherlands.

The Dutch language is the official language, but Creole and English is widely spoken. 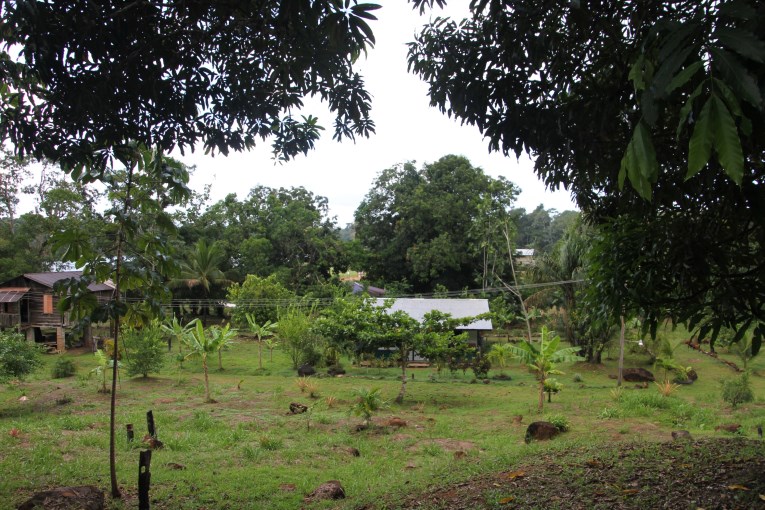 Since this trip would be our honeymoon, I decided to book packages to different location. A little more expensive, but this way we can travel more efficient in the minimum time we have in Suriname. 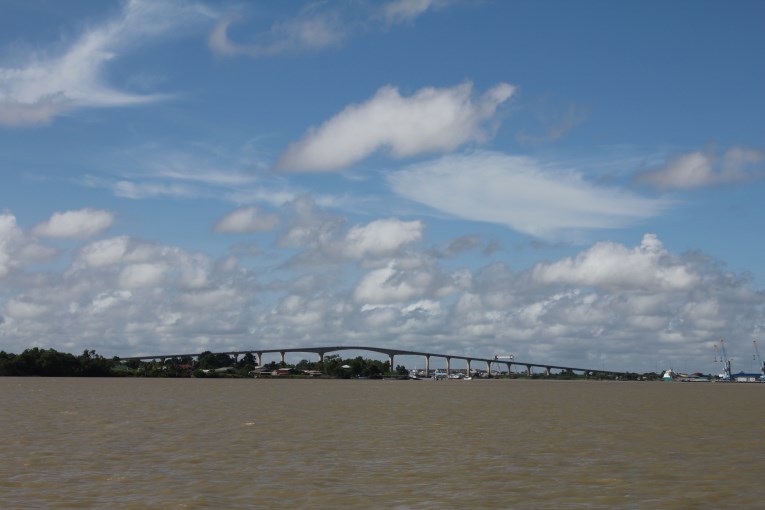 Our holiday began at the capital of Surinam; Paramaribo.
For 2 nights we stayed in Paramaribo. We stayed in Eco resort inn, which is close to the city centre. This 3 star hotel has clean rooms and includes a great breakfast. Sitting at your table you can see colorful birds, lizards and frogs.
The lodge is next to the river, where they build a swimming pool just recently. 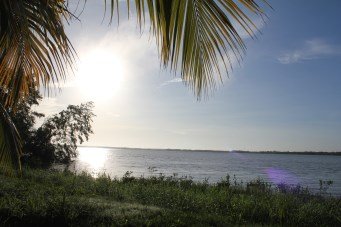 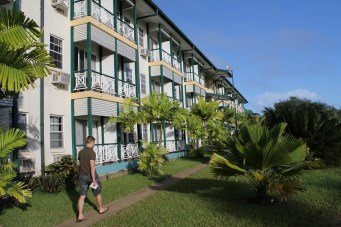 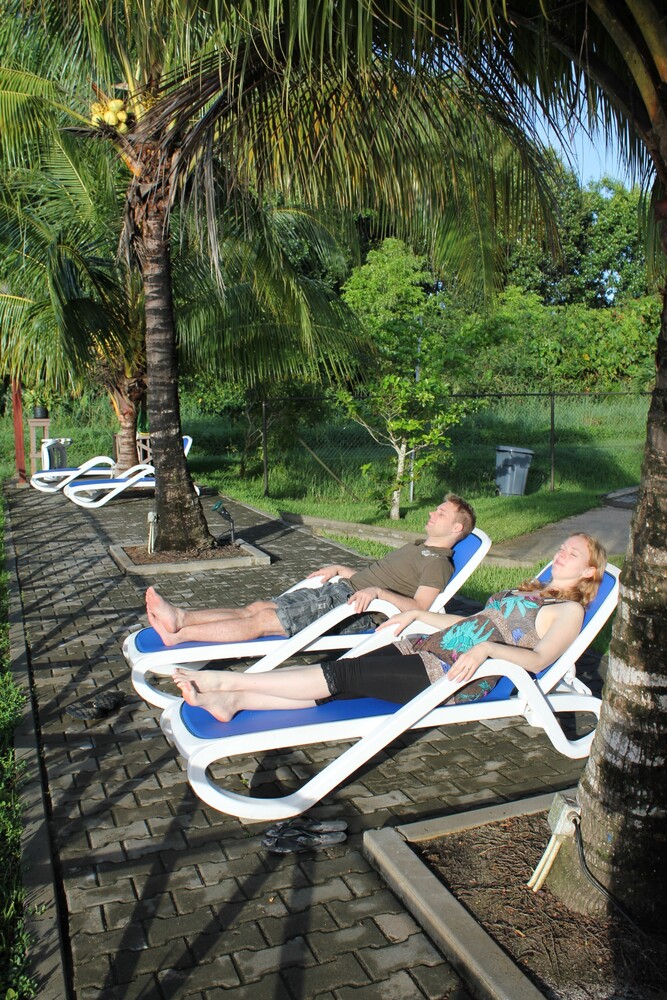 Paramaribo has a few sights. Since the city is small, you can do a walking tour.
The city still has some typical Dutch buildings as a reminder of early days. Together with the tragic history, for us this was a good reason to visit the sights and find out more about the culture. 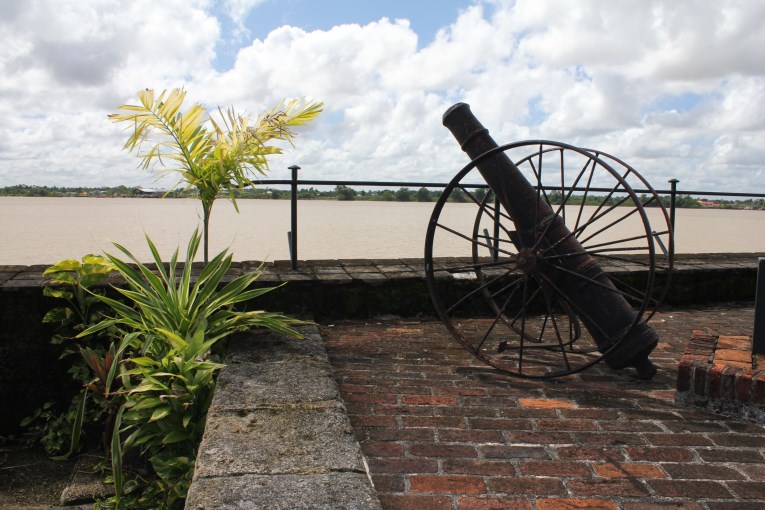 In the 17th century the transportation of bricks was expensive, most houses are build from wood.
When the ships came from the Netherlands, they used bricks as a ballast. From these bricks the build the most important houses. Of course they wanted to take new products back to the Netherlands. So they left the stones and used other materials as ballast in the ships. 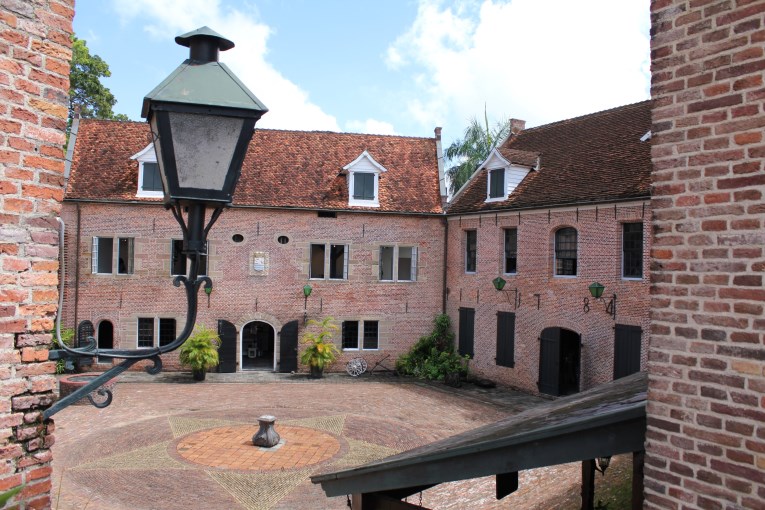 Fort Zeelandia was a military defense from the 17th century. The bricks are the same as we use in the Netherlands.
Now Fort Zeelandia has a nice museum. You can get a guided tour, which is really interesting.

Close to the fort there are a few wooden houses where officers would live with there families. The typical Dutch buildings are renovated. 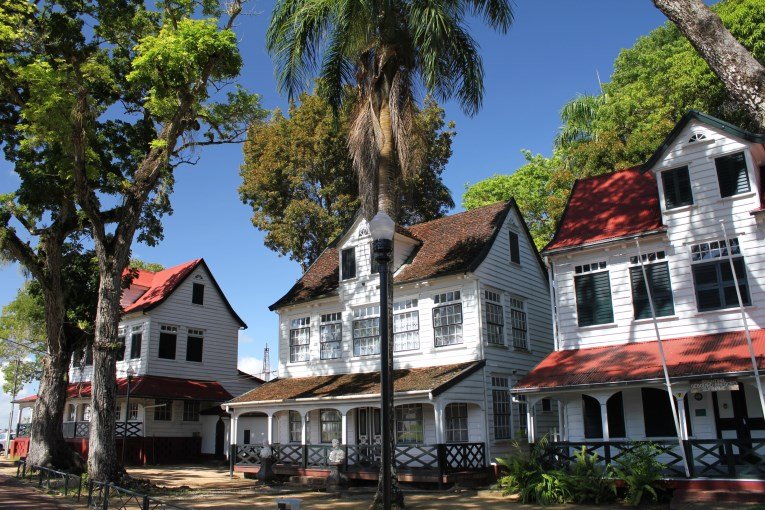 From here it is a short walk to ‘Waterkant’ (Waterside). In former times this was the place where the ships would moor. Now you’ll find small restaurants here, where you’ll have the best meals. With the nice view over the water it is not a bad place to spend a few hours and relax.

Next to the Waterkant there is a big central market. It is nice to stroll around this lively market and soak up the Caribbean atmosphere. 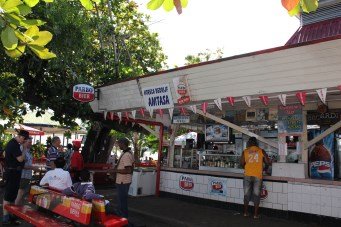 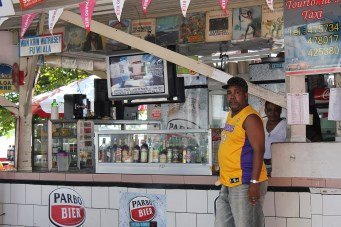 Zus en zo, this restaurant is settled at the Grote Combeweg. They have a big menu with all kinds of European, Caribbean and Suriname food. The relaxed atmosphere makes it a nice place to sit down and enjoy the great food. 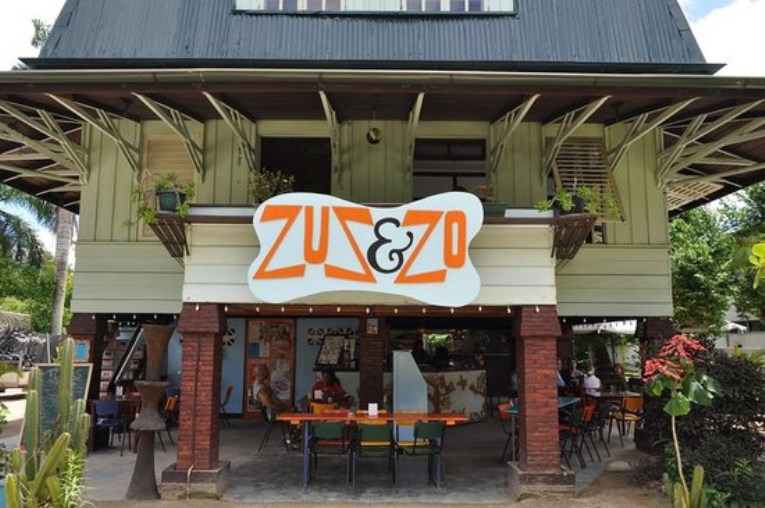 Pannekoek en Poffertjes Cafe is settled at ‘Van Sommelsdijckstraat’. Of course everyone knows pancakes, but they taste different from what you probably used to. They put all different kind of toppings on the pancakes, sweet or salt. We are familiar with this concept in the Netherlands and we wanted to see if this restaurant has the same idea. And it is! The pancakes are delicious and cheap. Just give it a try!

And if you want to try something specific from the Netherlands, give Poffertjes a try. Little pancakes, but with a different taste. You’ll love them!

Since this city is small to visit, some places like a shopping mall you’ll need a taxi. But there are not many taxi’s in this city, and they surely are not very recognizable.

The most the easiest way is to order a taxi at your hotel. When the driver dropped you off, make an agreement on the pick up time.

A few times we didn’t want to set a time, since we didn’t know how much time we needed. When we wanted to leave, there where not taxi’s around. Finally, we got a lift from a guy, but this learned us a lesson. 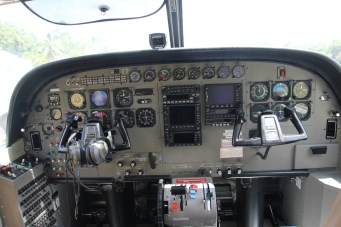 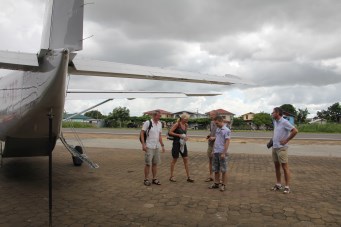 All people will arrive at the international airport at Zanderij, which is about 45 kilometers from town. Here you can find taxi’s, or they bring you to the city center on a tour bus.

Domestic flights will leave from Zorg en Hoop airport, which is close to the city center. You can reach this airport easy with a taxi. Don’t take too much luggage; the planes are small.

We continued our trip to Berg en Dal resort and to Kabalebo eco resort.