From Estelli in Nicaragua I traveled via the capital Tegucigalpa to La Ceiba in Honduras.

La Ceiba is the third biggest city of Honduras with almost 250.000 inhabitants. This city is settled next to the Caribbean sea. And a major hub for the island Roatan.
For me this was not the reason to go to La Ceiba. I choose this city to visit my next destination National park Pico Bonito, only a few kilometers from the city.
Another national reserve is Cuero y Salado. A mangrove forest with a lot of animals to see. 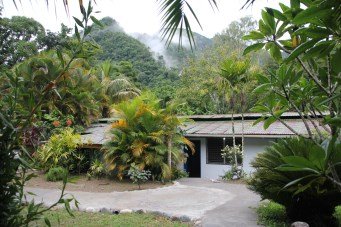 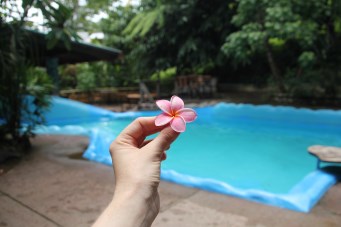 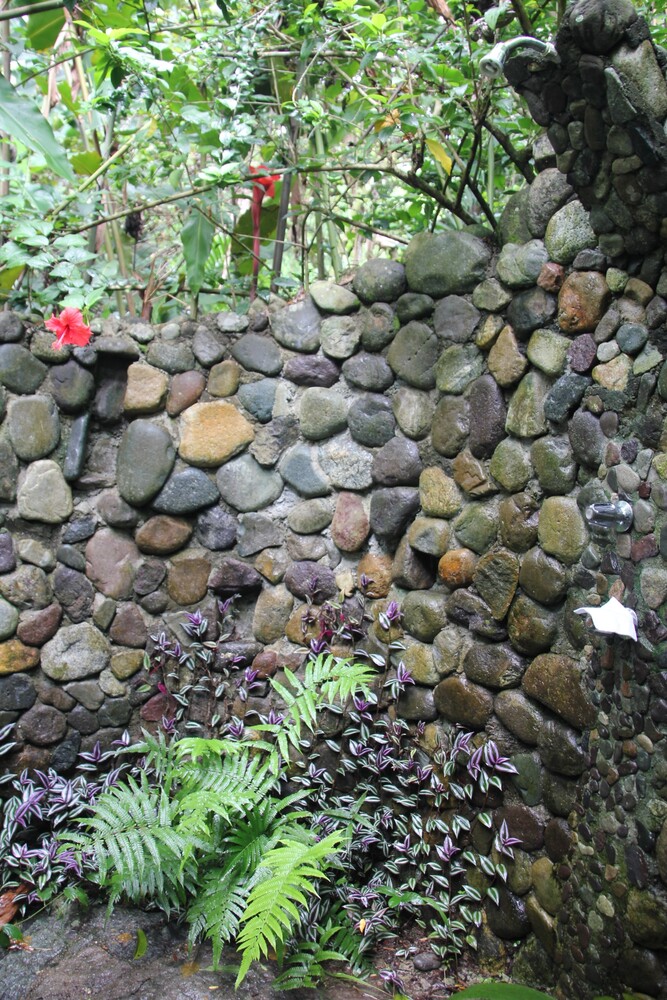 I choose Eco Jungle Lodge, which is close to La Ceiba. It is settled in the Rain forest of the Rio Cangrejal Valley which boarders Pico Bonito and Nombre de Dios National Parks.
This lodge was spot on with comfortable rooms and in a beautiful setting. They have a swimming pool for leisure and they have set up 3 hiking trails around the area which you can walk on your own.
The garden is really lush and green. So many beautiful flowers, I just had to make so many pictures! 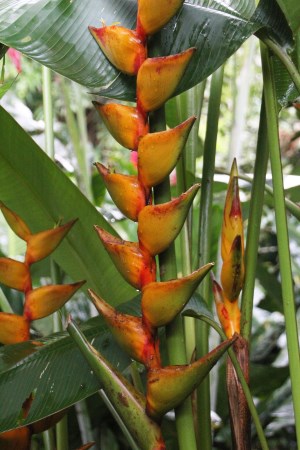 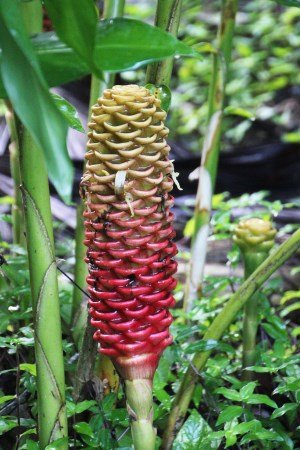 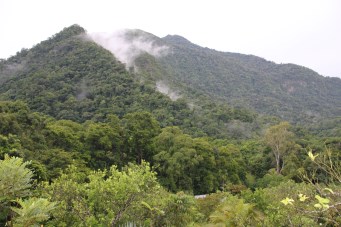 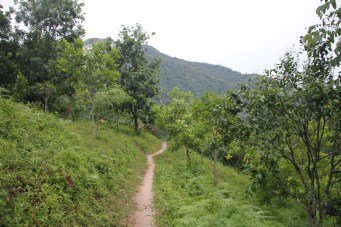 From here I wanted to book some tours. But again, it is getting annoying, they didn’t have enough pax to anticipate for me. They only could offer rafting, which I didn’t want to do, or a jungle walk. The national reserve Cuero y Salado was not an option. Not enough pax and for 1 person they added way too much money. 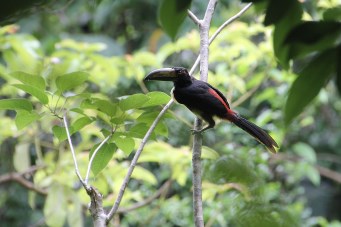 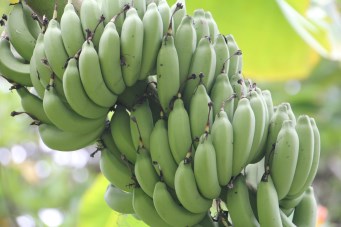 So the only thing to do for me, was the jungle walk. The hike was really cool. First we had to cross a big river, water was coming up to my waist. The old man didn’t speak English, but because he spoke slowly I could understand him. He had really good stories about natural drum, which they used as a communication in the jungle. It was just a tree, but when you bang on the tree it as just as a low base drum. 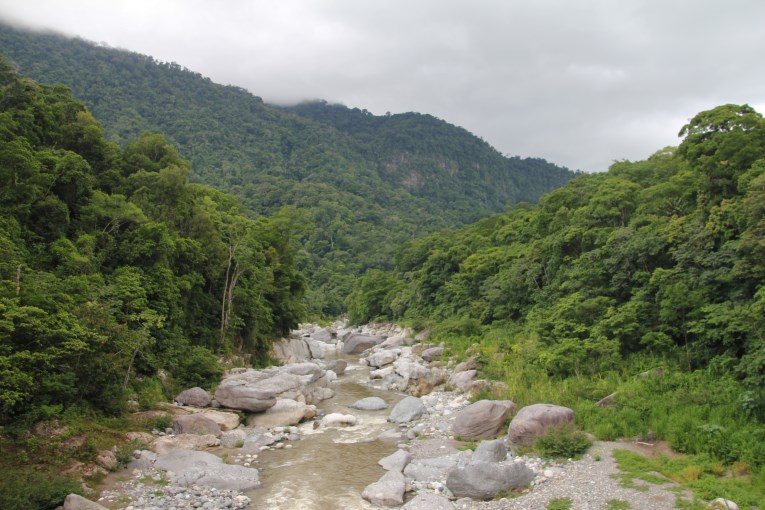 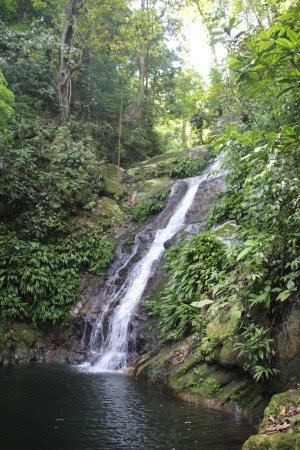 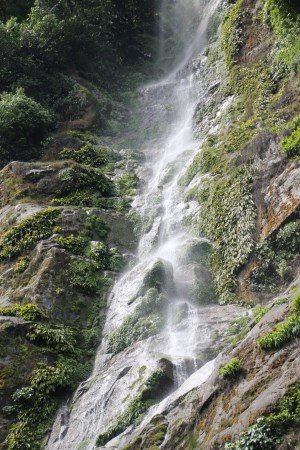 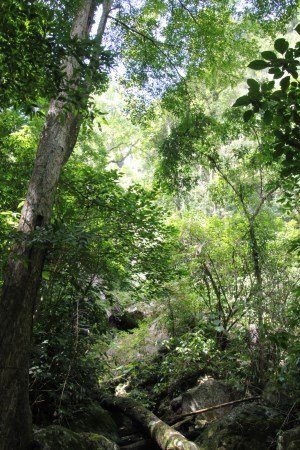 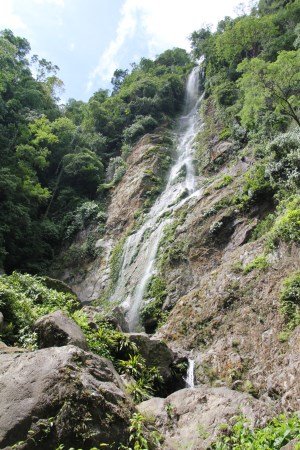 We hiked up to 3 waterfalls. One you could swim in, but I didn’t want too. I was happy I was with a guide, the trail you could barley see, sometimes we really had to climb up a wall.
The trail is about 4 hours and even I’m not a good hiker, this wasn’t too hard.

I both can recommend the tour and the lodge. Although it would be better business if they could offer more tours for solo travelers. 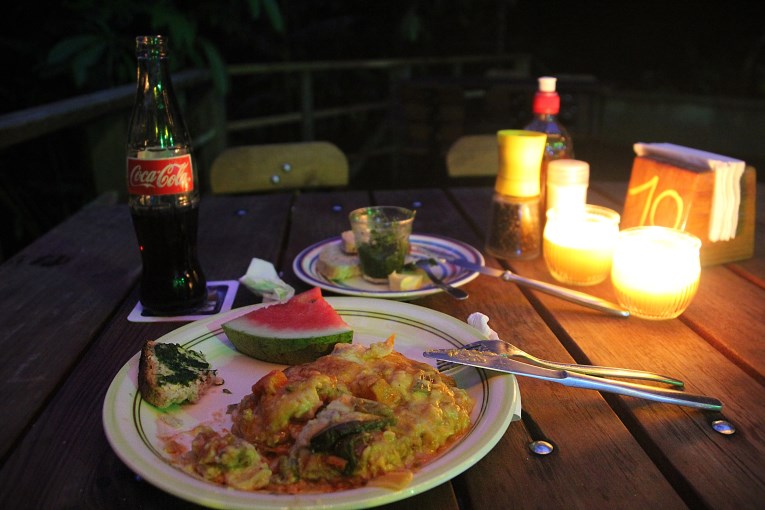 I continued to Copan ruinas. One of the best preserved Mayan ruins in Honduras.