We started our trip in Bucharest. We meet up with the friendly woman Geanina for a meal in Caru' cu Bere restaurant. This is a highly recommended restaurant. Not only for the food, but also for the looks of the interior decoration. Every day there are performances with musicians and dancers. This can be a little noisy when you want to talk to each other. But you wanna look around you all the time anyway, so this isn’t a big problem. The dancers and the musicians play traditional music which is nice to listen and to watch.

The price of the restaurant is expensive for the local people, but for us as tourist we found it cheap with an average main course for about 13 Euros’s.

We tried the Soured tripe soup which is served in bread. As a main course I had sarmale cu mamaliga si smantana, minced meat rolled in cabbage which was very well spiced. It was all delicious! 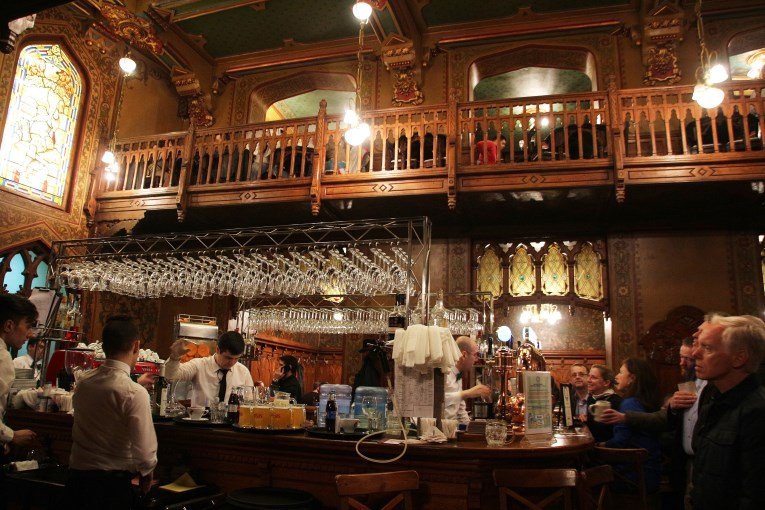 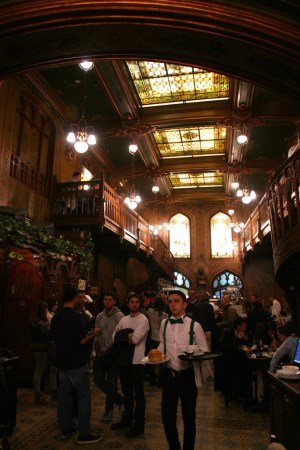 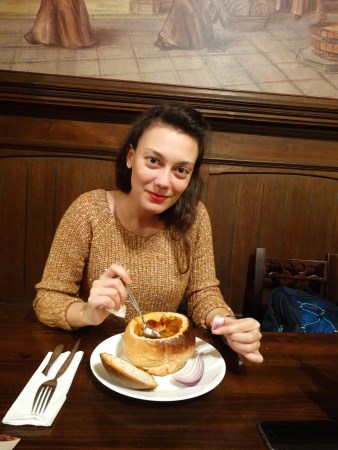 Geanina told us about traditions and the history of Romania. We walked around in the old streets of Bucharest. Beautiful buildings on both sides. Unfortunately the old buildings are badly maintained. Therefor some buildings are dangerous. The government should improve that. 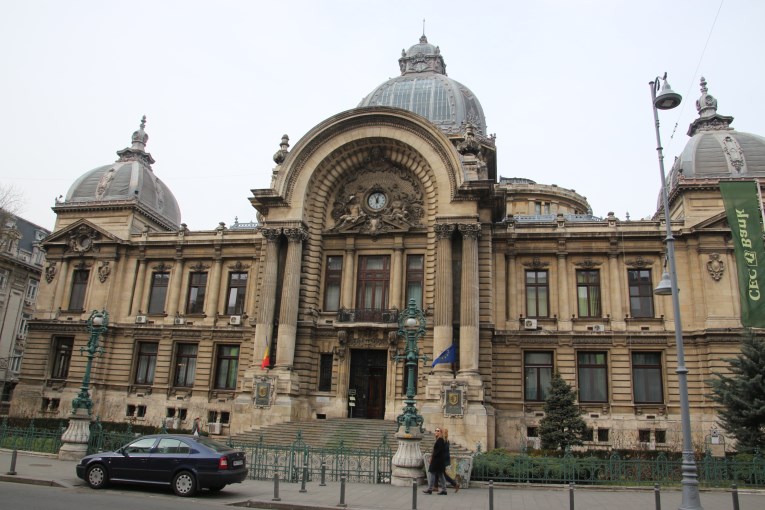 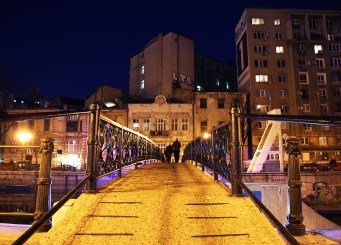 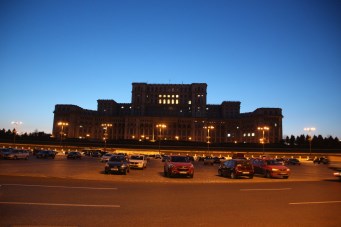 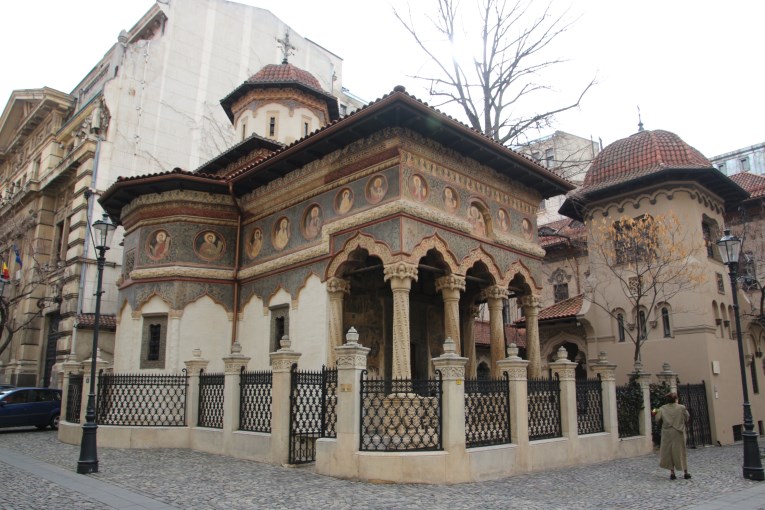 The Parliament building was giant! We tried to visit it on a tour later on the trip, but the long set up tour didn’t leave us enough time. It is best to make a reservation for tickets in advance.

The library, the Athenaeum and the lovely churches hidden all over the city where really worth a visit. Cișmigiupark was a little arid and dry around this time of period (February) so I think this is best visited during the other seasons. Or when it is covered in snow, then it might be more romantic and great for a walk.

It was great to walk around with a local and to hear more about the city and the country. Geanina was an enthusiastic woman with a passion for travel! 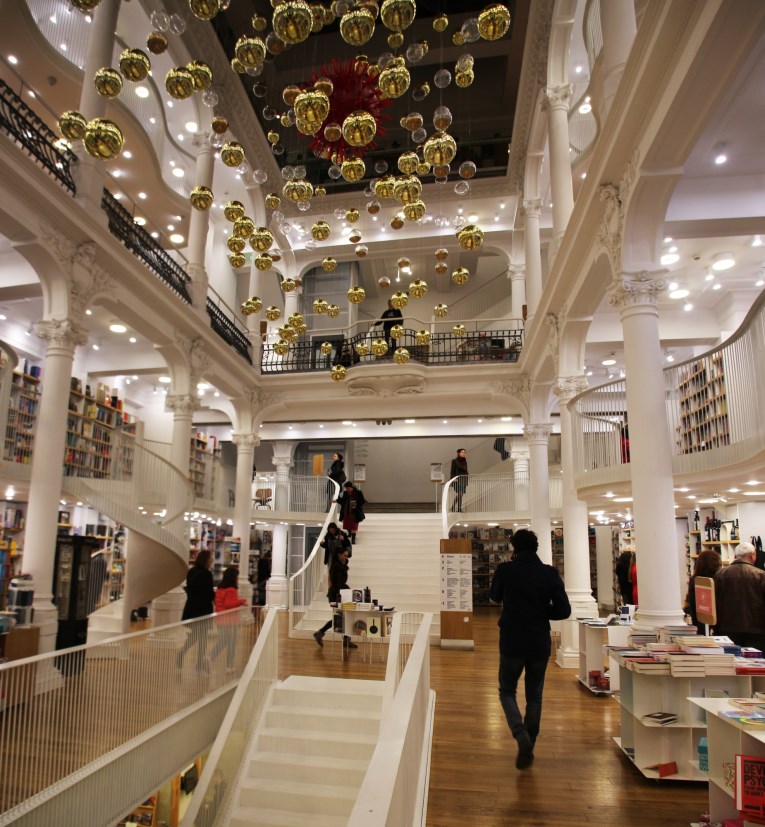 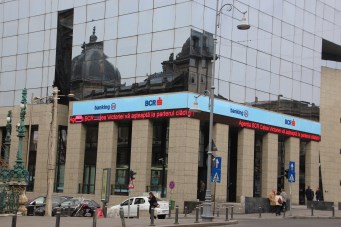 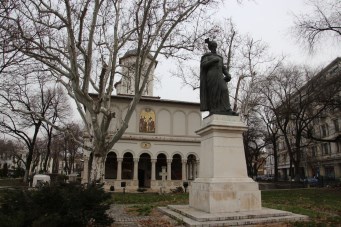 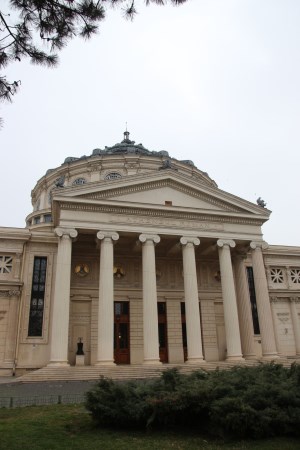 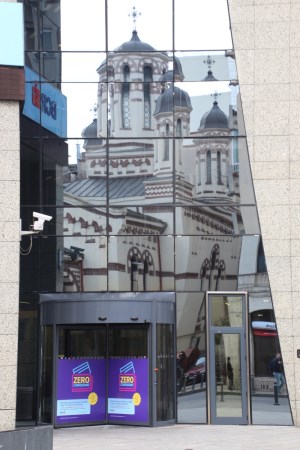 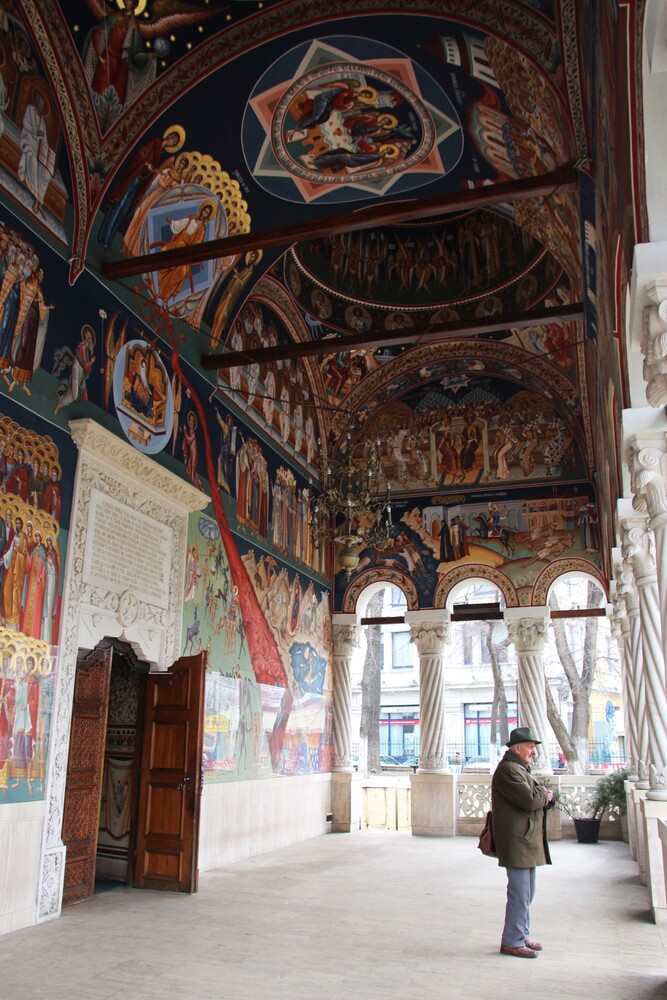 Outside the old historic city of Bucharest you can immediately see the old communistic, concrete blocks of buildings. There are apartments settled and they don’t look fancy at all.
We found a cute textile market along the route of 1A. We stopped for a bit to eat some nice sausages and look at the clothes shoppes. The prices where really low with only 8 Euros for a sweater.

With or hired car we drove to Brasov. A civil city about 2.5 hours north of Bucharest. This city is settled in the 13th century. Now you can see a historic city center with a few old buildings. The historic center is recently restored. With the colorful painting it looks cute. 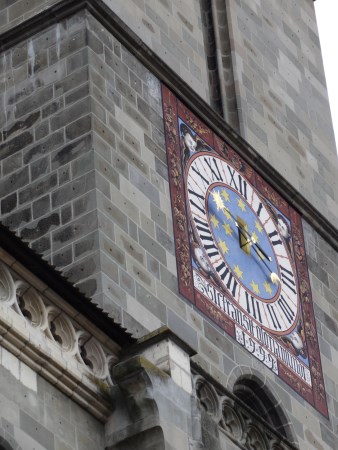 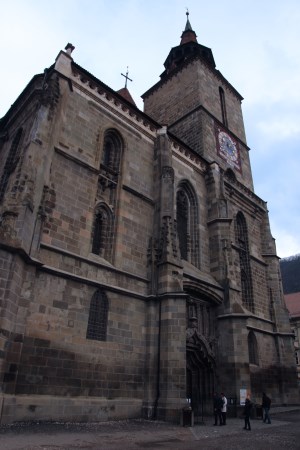 The Black Church also known as Biscerica Neagra is the biggest Gothic church in Romania. The names' come from a big fire, which turned the church black. Unfortunately the church was closed to visits and we only could join to see the outside. 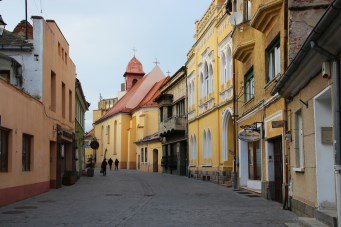 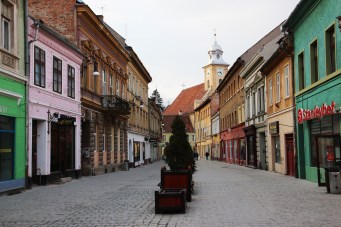 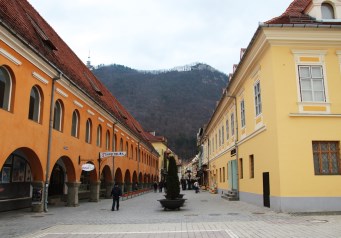 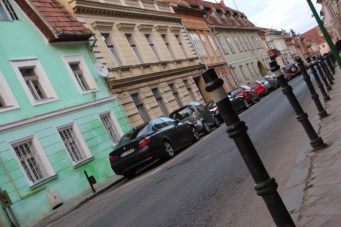 The central plaza is in the heard of the city. It is surrounded by old houses with red roofs.

The Town hall is in the center of the plaza. It was formally a meeting place for town councilors. The watchtower was a look out and from here they could warn inhabitants when danger occurs.

It is nice to walk around in the historic center. The car free zone has cute streets and you just want to wander around and enjoy the views. 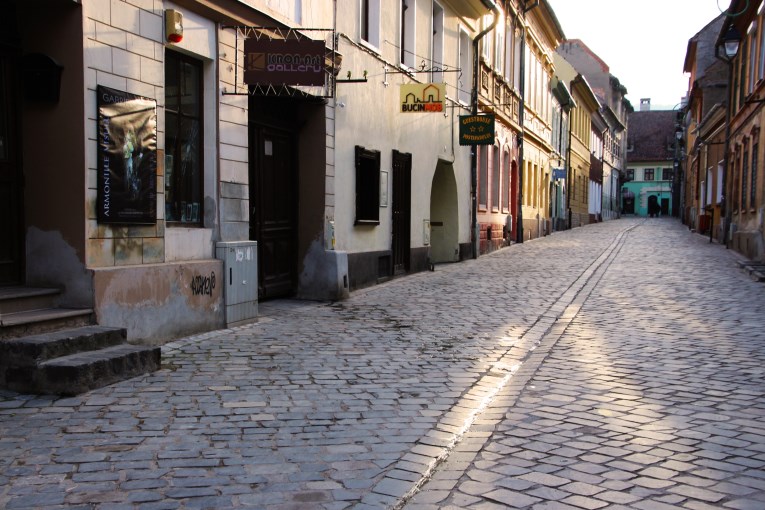 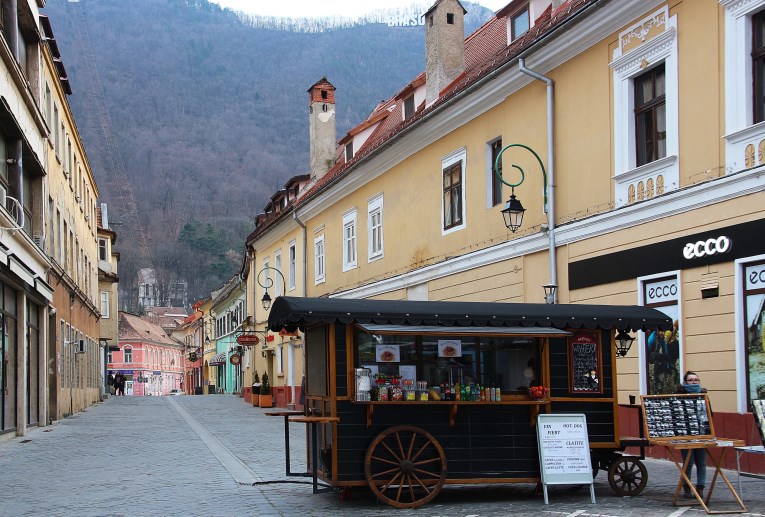 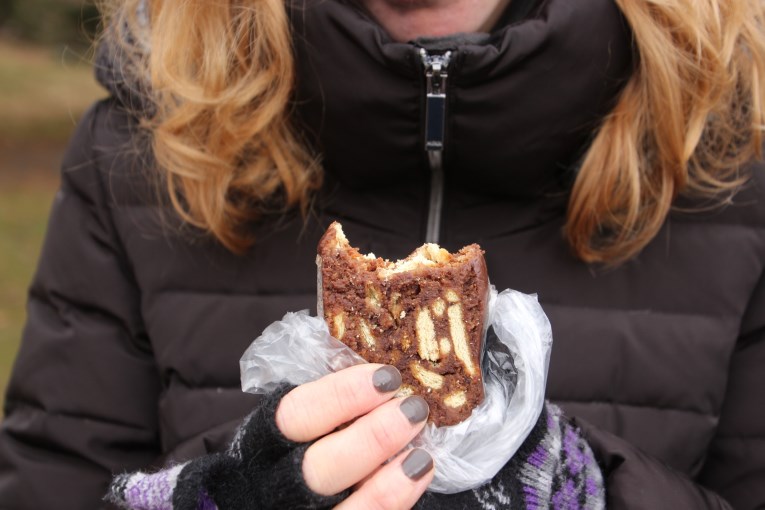 For a scenic view you can go with a cable cart up the mountain Tamba. Since we did see a viewpoint from the car, we didn’t try. But if you are traveling with public transport this is a great idea. The view from the mountains are scenic and worthwhile. 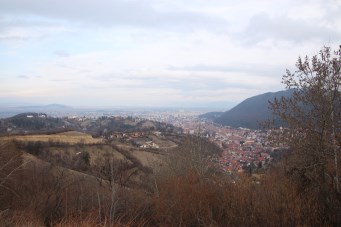 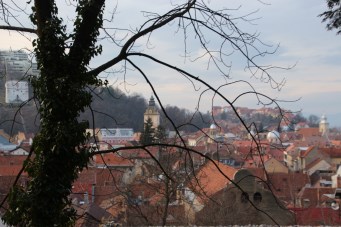 We ate some great food at the restaurant Transylvania and restaurant Casa Albert Boutique. Our stay in Ezio house, outside the city center was great! The rooms where clean and had a great atmosphere. 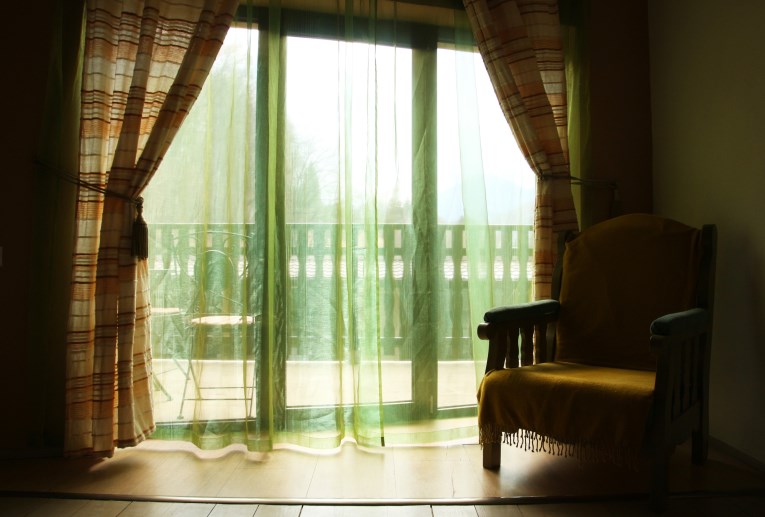 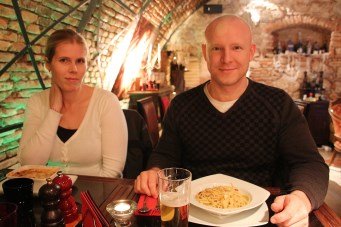 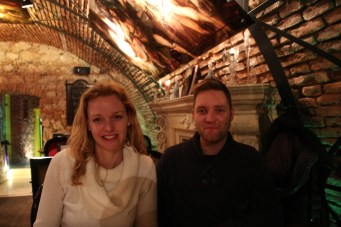 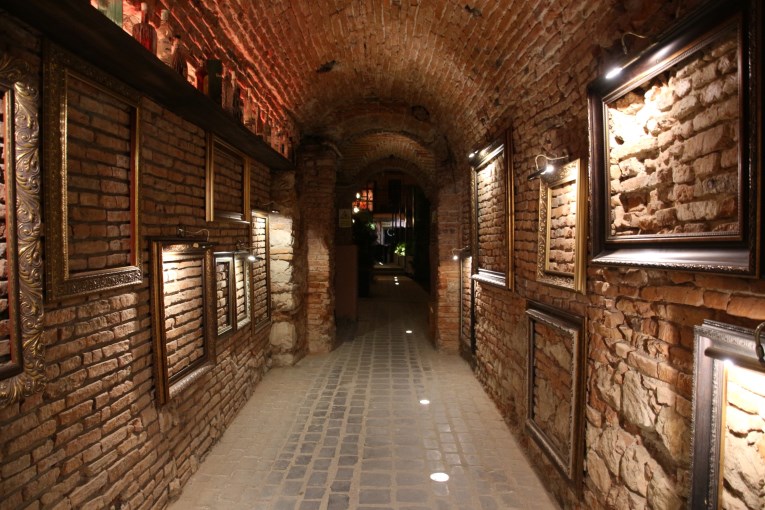 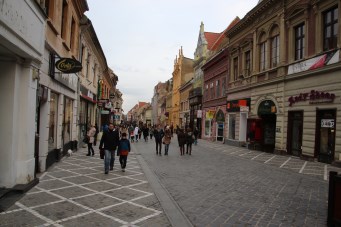 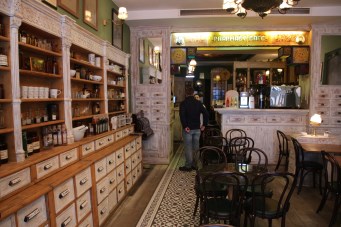