Budapest is a really nice city to visit. There are many beautiful old buildings, museums, castles and parks. On top of the visit you can relax in on of the thermal baths. The food is cheap and tasty. 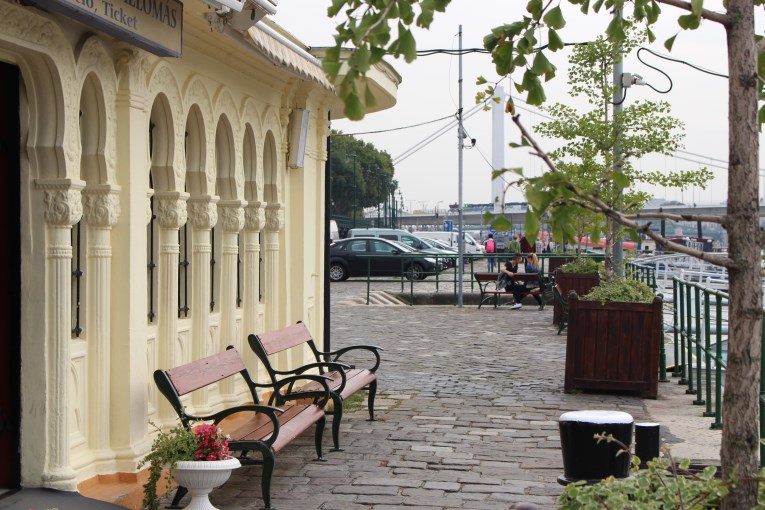 A year back Timo and I took my parents to Barcelona. This time we wanted to go with Timo’s parents on a city trip.Since the prices of the flights with Wizz air where really cheap, we booked a flight to Budapest. Again we choose for an apartment so we have a little more space, can relax and prepare our own meal if we want. 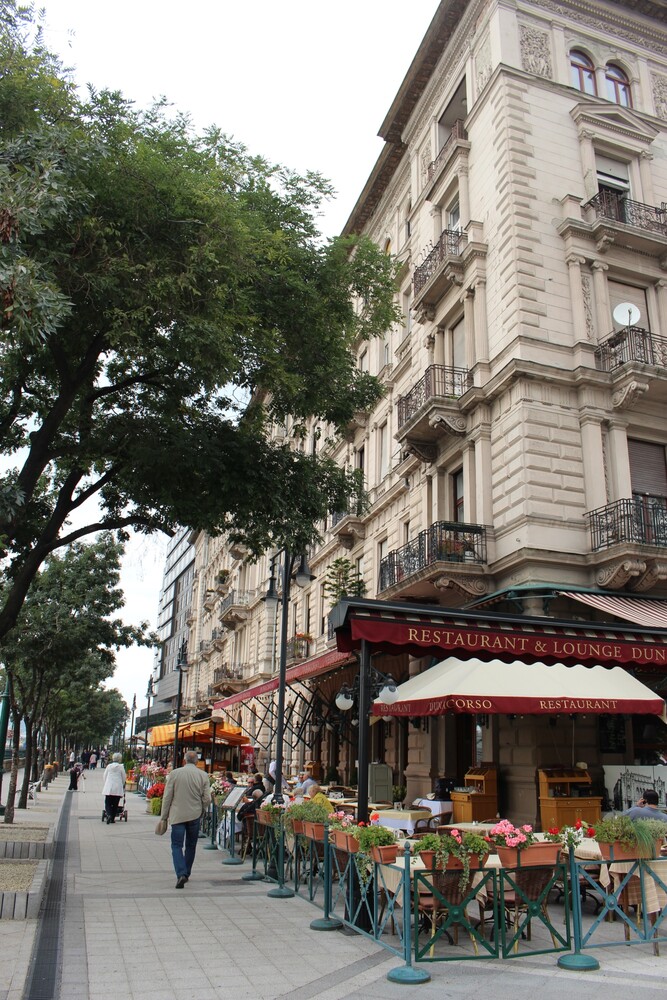 For only 11 euro you can buy a day card for the public transport. This card you can travel up to 5 persons, so it only cost 2.75 euro and you can travel all day! A real bargain!
It is easy to go to from the airport to the city centre. You can take the bus, which drops you off at the metro station. From there you can go around wherever you want. 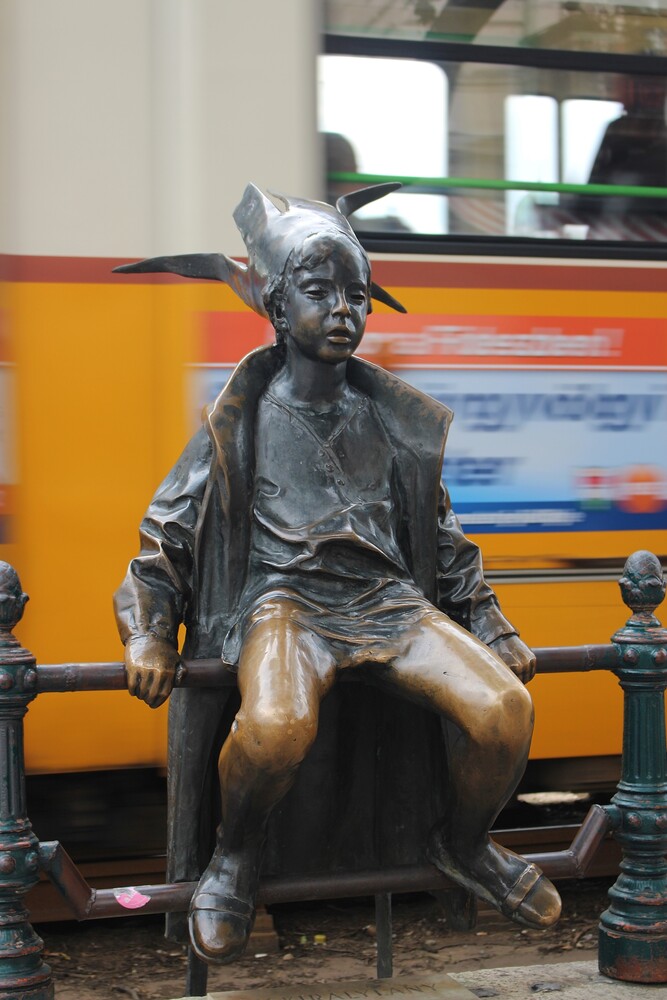 There is a lot to see in the city so we just wander around a look at the old buildings. We visited the market, which is really huge with 3 storage. They sell fish, fresh fruits and vegetable and some tourist stuff. 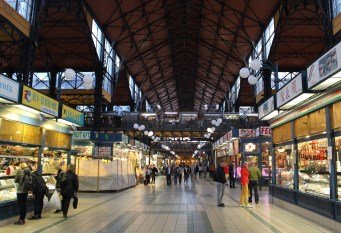 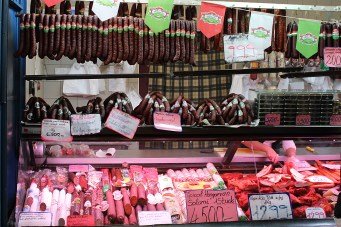 At the opera building we wanted to see a show, but they were a bit expensive. So we just looked at the building. 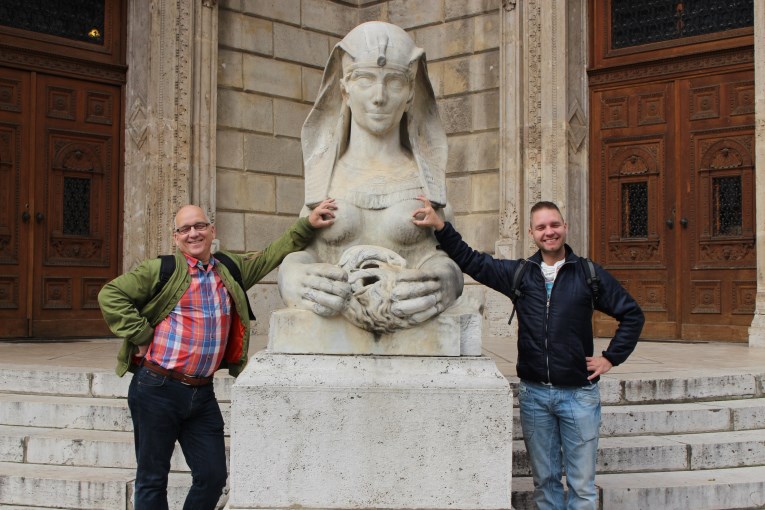 The museum of terror suppose not to be missed. It is about the all terror regimes which have ruled the country, so very important. We choose not to have an audio guidance. My parents in law only speak a little English and there was no Dutch offered. We thought there would be enough explanation all around, but there where just barely signs and it wasn’t completely clear. In the end we didn’t understand the whole story complete, so that was really a miss. The museum has a nice set up so I really would suggest they put more explanation everywhere or just take the audience guides.
There where no pictures allowed inside. 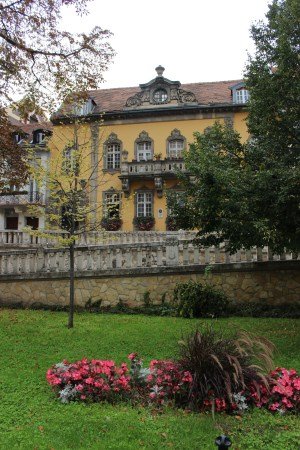 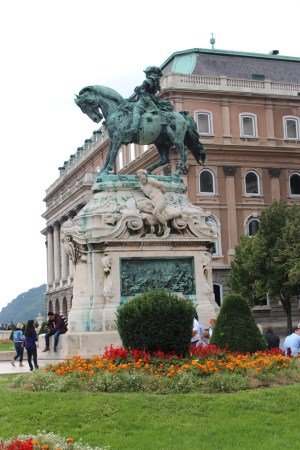 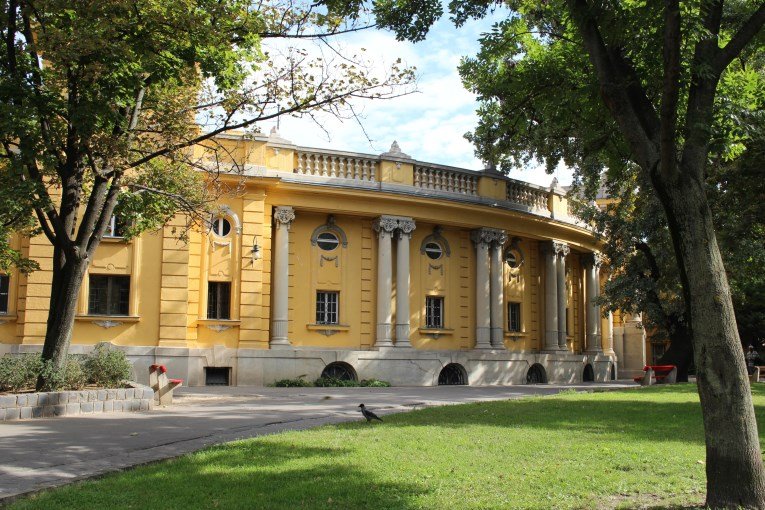 We took our swimsuits and headed to the Szechenyi Baths. These thermal baths are heated from natural sources. They are build in 1881 and have an amazing architecture. There are several baths and sauna’s. 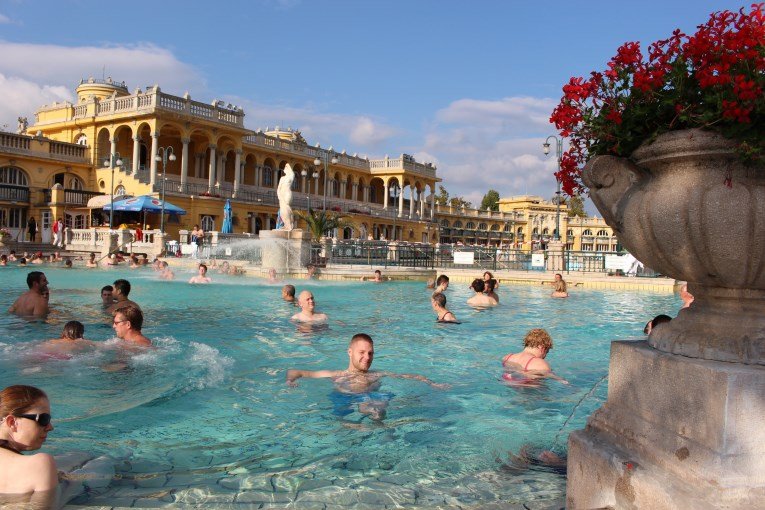 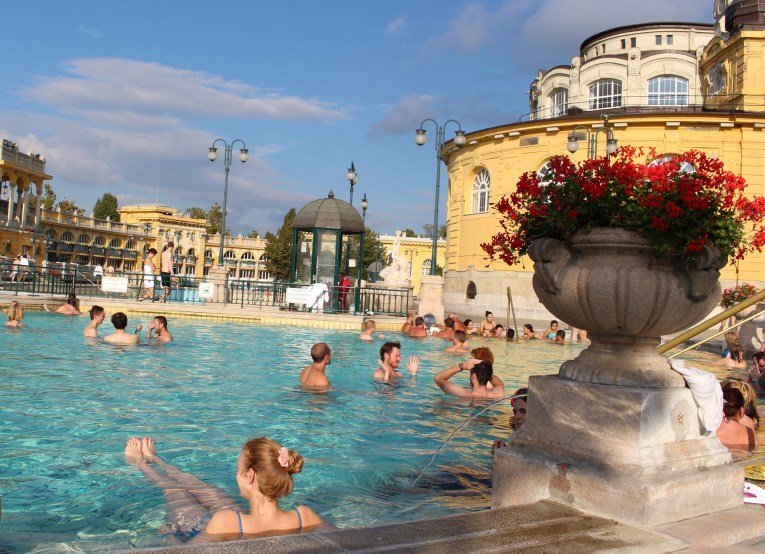 The entrance with 13.50 Euros is a little steep, but you can enjoy all day here if you want. Woman and man are separated during changing so Annelies and I went to the woman section. Here you can choose your locker. The floors I found dirty, but there was a girl cleaning. 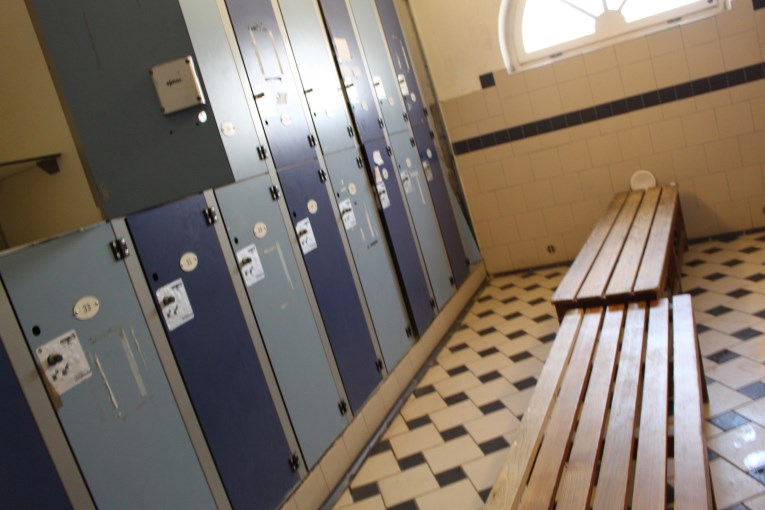 Outside there are three big pools, unfortunately one was closed. The others have really nice and warm water. Inside there are more swimming pools with different temperatures and there are a few saunas. To be honestly I found that the hygienic was a bit low. The floors where dirty and the saunas where not hygienic. People where sitting on the benches with their sweaty body’s with any towels. 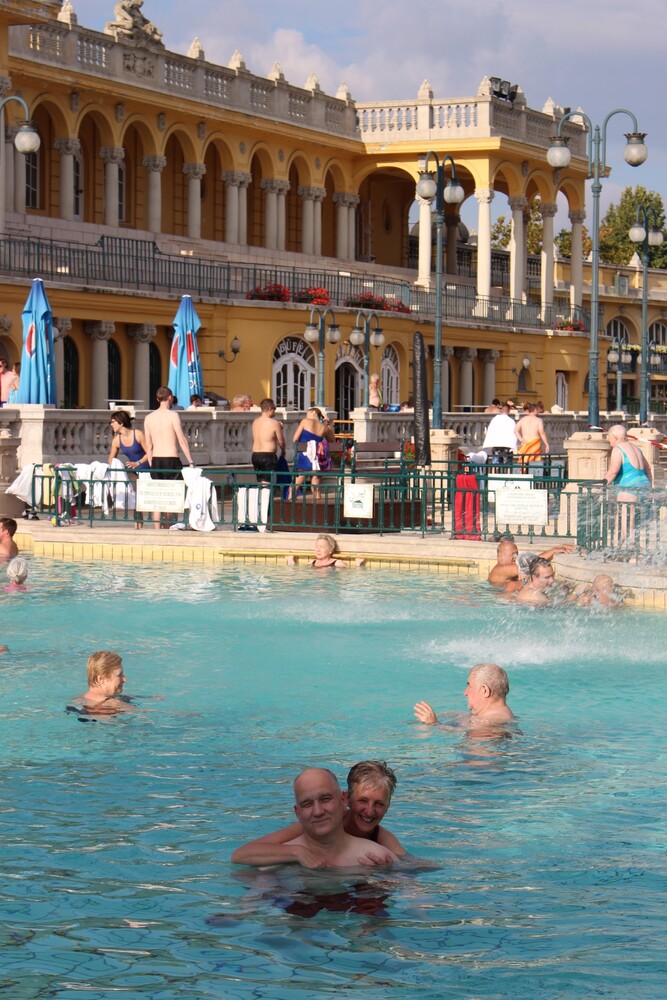 The other side of the Donau

Budapest is divided by a river called Donau. The cities formally called Buda and Pest and melted together to one city. We visited Buda on a Saturday. Here we found it is almost impossible to visit the churches on this day. Saturday is a favorite day to get married. The churches will only be open for private parties, so if you really want to see the inside you have to wait until the ceremony is finished. 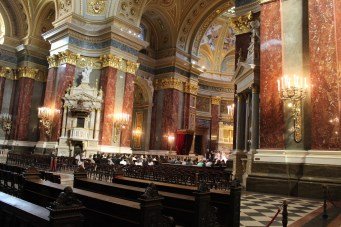 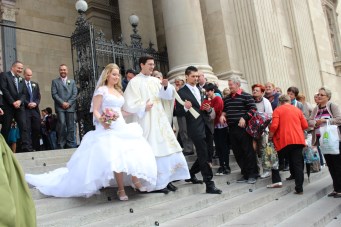 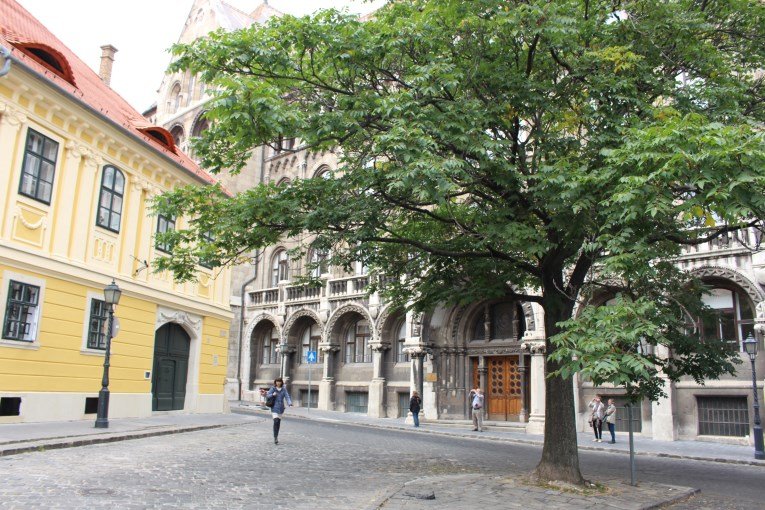 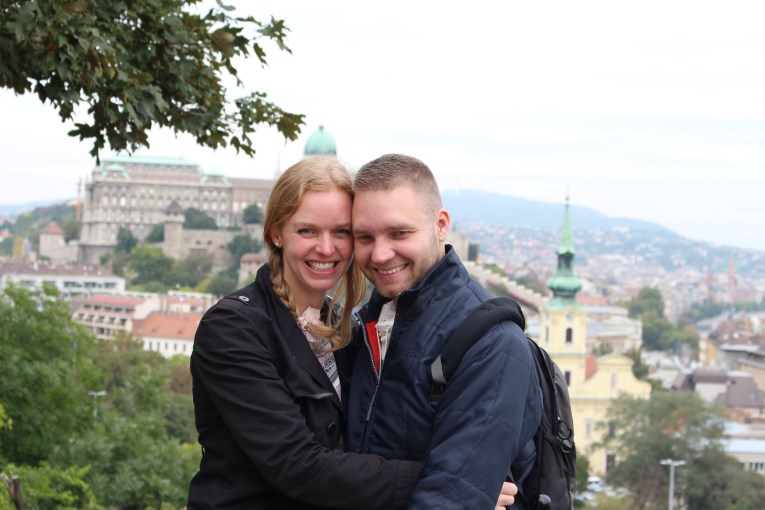 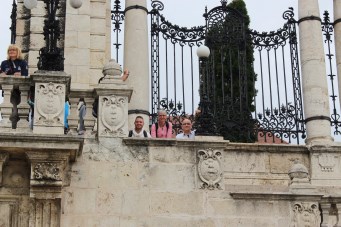 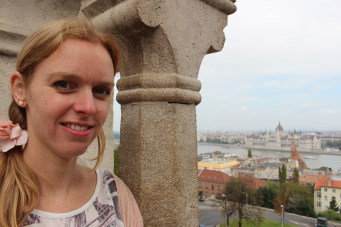 The Gellard park has a nice waterfall and you can see the castle. The old city is nice to walk around. 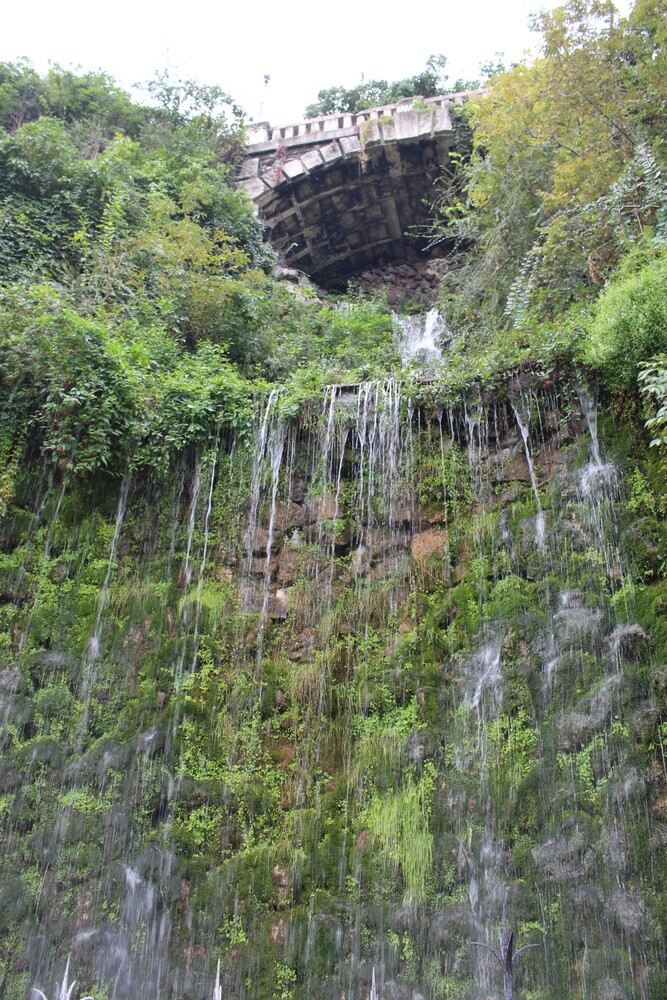 Annelies and Jaap really like to go cycling so we wanted to rent some bikes and do the outskirts of the city. We hired the bikes trough Yellow Zebra bikes. Here we got the for me infamous city bikes, which I don’t find comfortable. 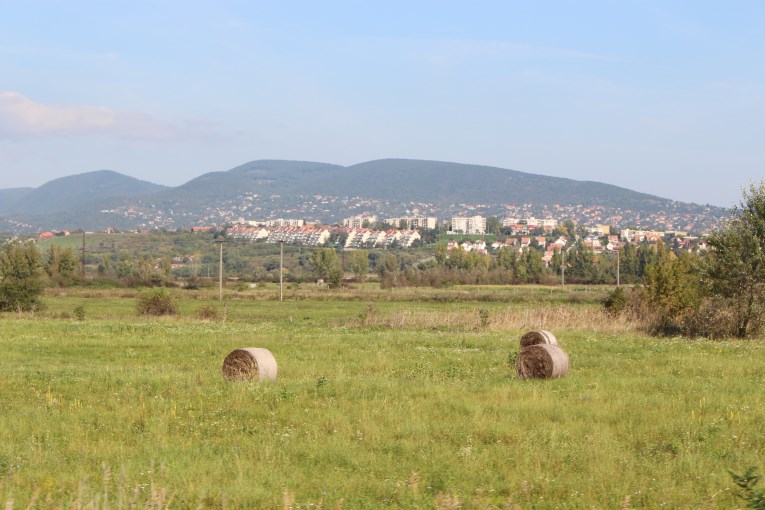 We took the bike in the train to Szentendre. The ticketing system was a bit complicated, you have to pay extra for the bike. So we ended up with 12 tickets! Somebody showed us how we needed to validate them inside the train. The ride was pleasant and short. From the station we biked to the city where we got a lunch. 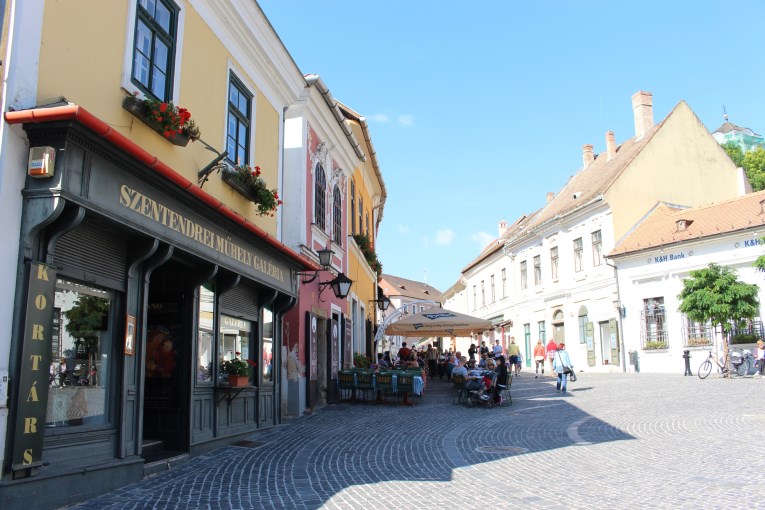 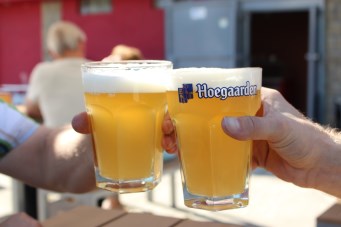 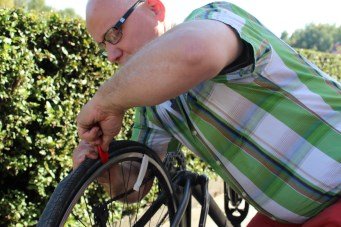 From here we followed the yellow sigh with a 6. This is a scenic route, following the Donau river. It would be about 25 km. The route is easy, but it can contain gravel roads, which are a bit uncomfortable. Annelies had a flat tire thought these roads, but luckily Jaap could fix it. 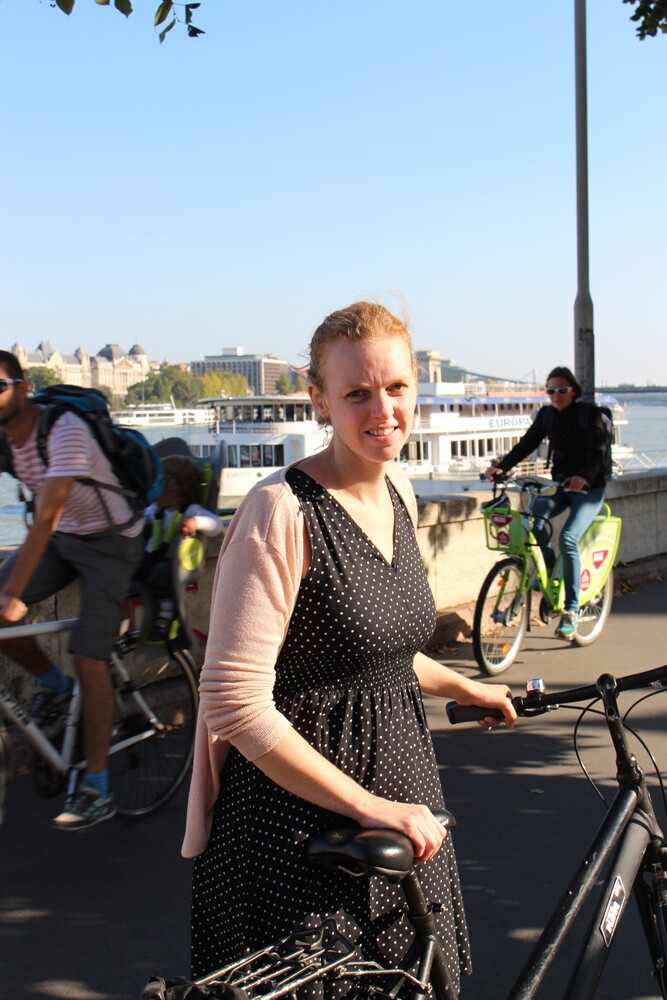 I didn't know much about the food in Hungary. Only one familiar dish, called goulash soup. We tried different food. Filled pepper, goulash soup. One dish was not actually a dish. It was a plate for 4 people. It contained all kind of dishes, mostly meat. This restaurant we found the first night and we went back the last night. Every night there was a live band playing music. Although it was a bit too loud in mine opinion, it put a little extra to the atmosphere.
I think the cuisine is not the best in Europe, but definitely not one to be missed! 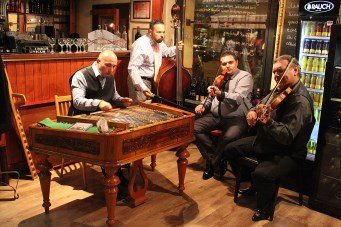 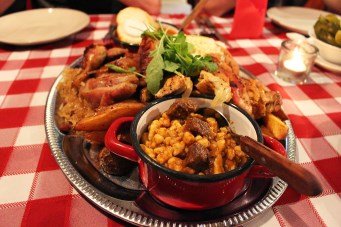 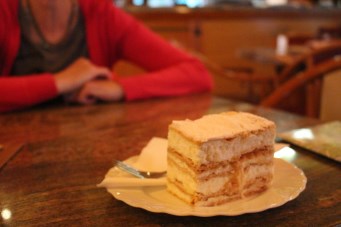 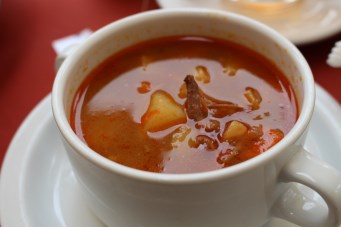