Syria, my memories in pictures

My hands hovering above the keyboard, ready to start typing. I’m hesitating. I want to tell you about this beautiful country. There is so much to write, but how do I start?

I’m talking about Syria. October 2010 I entered the airplane and flew to Aleppo. A city which most people now probably know as a city in Syria which has completely bombed. In March 2011 the civil war started and has grown to a very complicated war with many parties. It is to complicated for me to write about these facts.

In October, when there was no war jet, I have been on a backpacking trip to the Middle east. Starting in Syria, traveling trough the country which now has been destroyed and still in a painful war. Lebanon, Jordan and Israel where following countries on the same trip. I had an amazing time in those countries and I met a lot of friendly people.

Instead of a ‘How to travel to Syria’ or ’Travel report of Syria’ I want to take you back in my memories of my trip to this country. With loads of ancient sights which are now destroyed, forever. 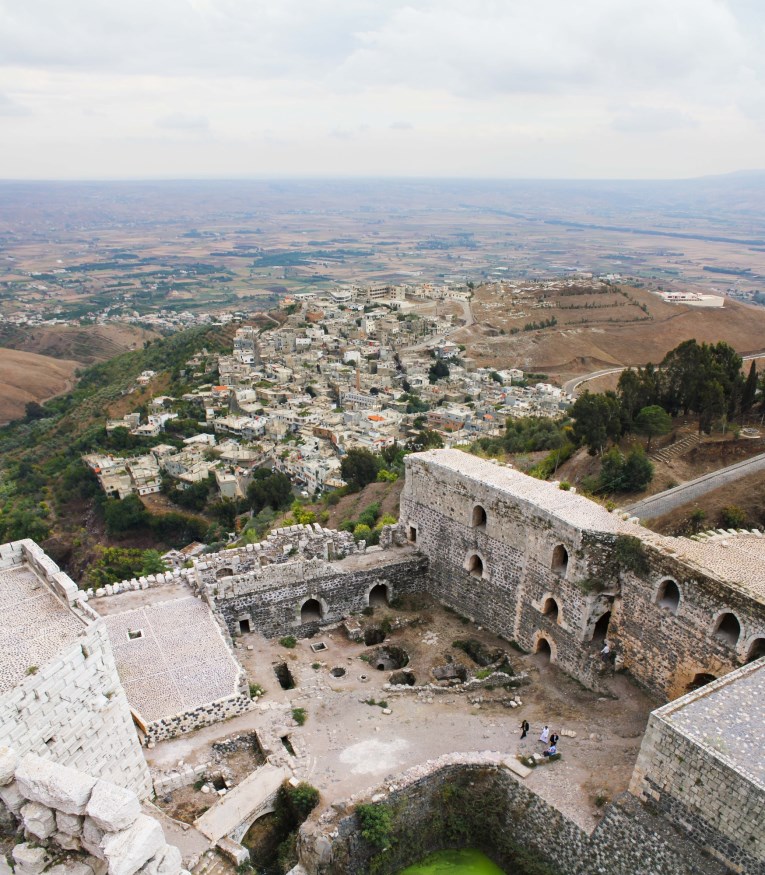 For this blog I was inspired by Floortje Dessing. She is a famous travel host at the Dutch television. She has published a travel documentary about her previous trip to Syria in 2008 and just returned to the country to see it with her own eyes. This documentary was truly sad, but jet inspiring for me. Behind the tears of the people you can find courage and hope. People try to live there life in this war.

My memories, my pictures

I’m going to take you back with pictures. Well, because they say more than words. 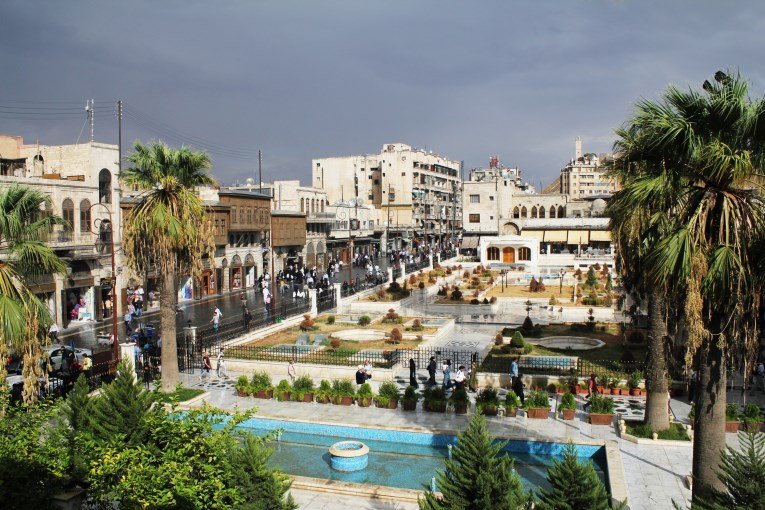 I started in Aleppo. Arriving in the middle of the night and with an overbooked hotel I got dropped at a hotel nearby. A friendly man, called Ammar, who spoke well English, was a guest of the hotel himself. He helped me and my friend to get around and gave us a welcome stay. I still remember his 2 sons, which gave us happy smiles every day!

Aleppo turned out to be one of my favorite cities this trip. With the lively souks, old ruins, but also new mosques with the thickest carpet I felt under my feet. 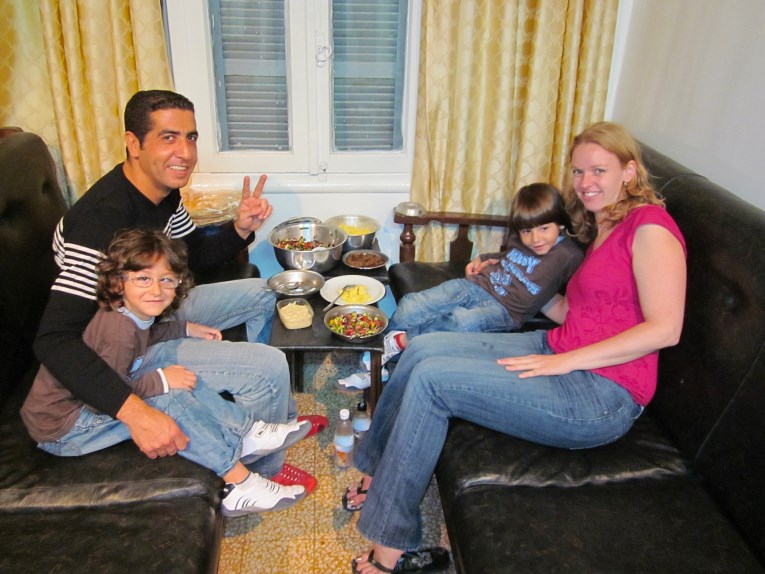 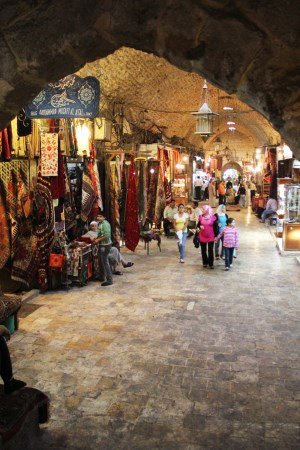 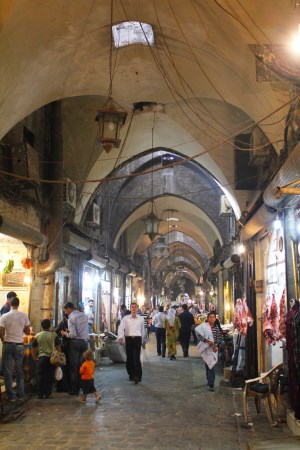 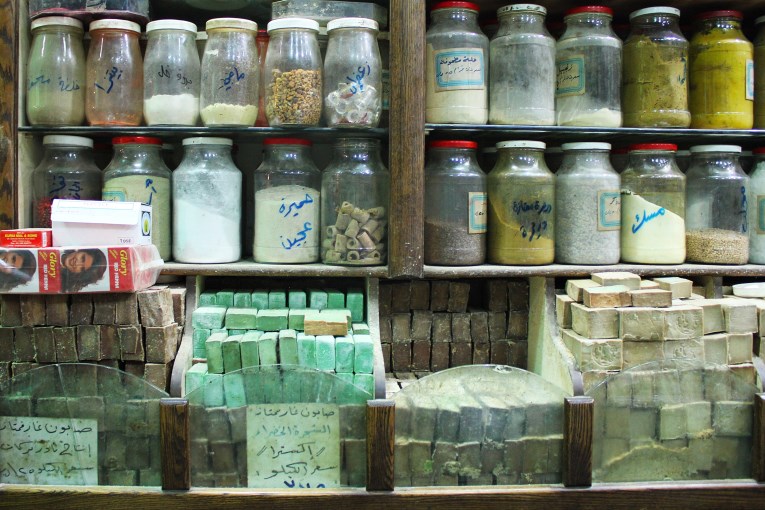 Hama had old waterwheels which still worked creaking and groaning. In 2011 and 2012 this town had suffered of heavy gunfire, which killed a lot of civilians. 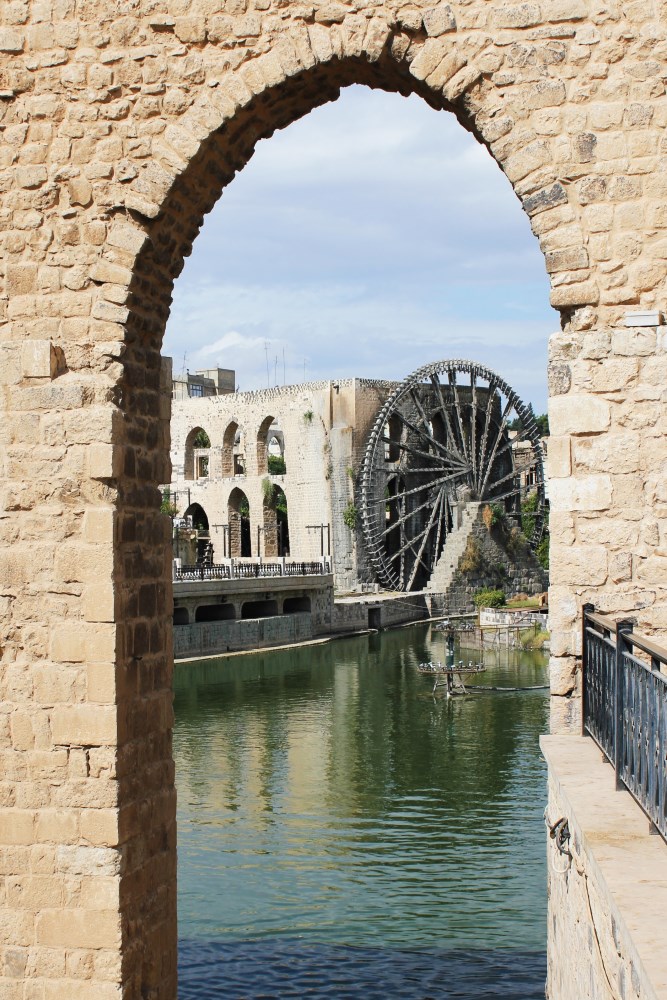 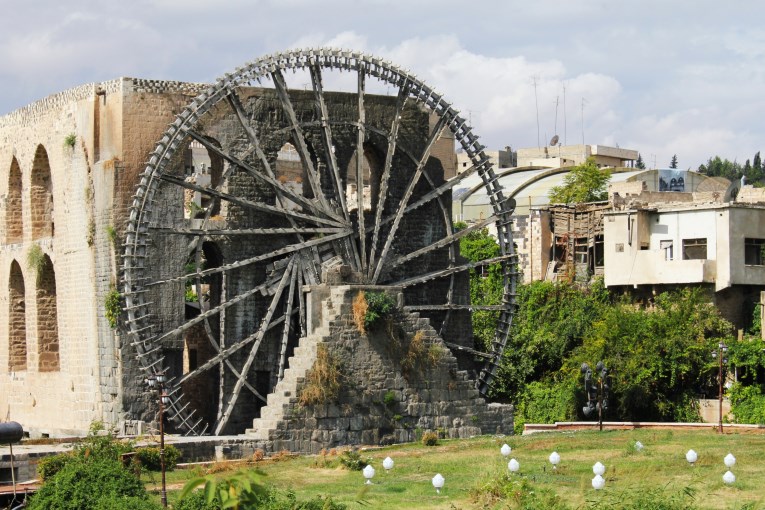 Krak de Chevaliers is an old castle close to the city of Homs. This is the biggest crusaders medieval castle of the world. At that time of visiting in 2010 it was a ruin. It is now on the UNESCO heritage list.

During the civil war, in 2013 it got damaged with an air raid. Still, the castle is damaged, but in the documentary I could recognize a lot. 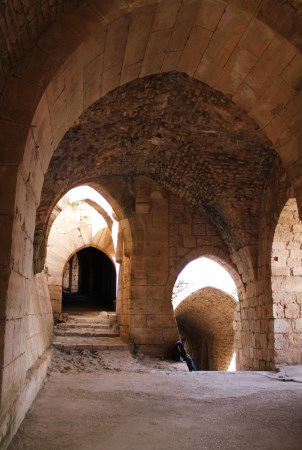 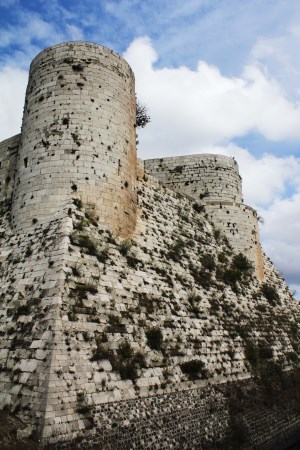 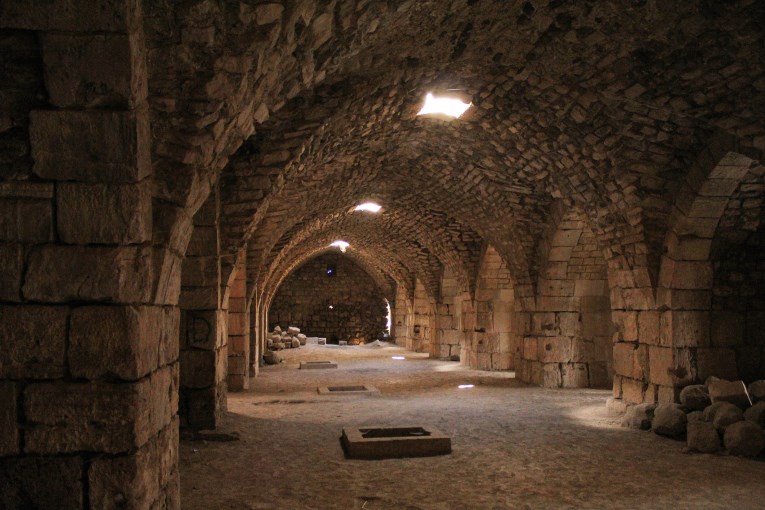 Palmyra is on the list of UNESCO. This was one of the spots I was eager to see with my own eyes. With the nickname City of thousand columns and oasis on the silk road, I did found it a very interesting old, ancient city. Walking trough the lines of columns, visiting the temple of Baal, I could see the people walking, trading, talking and resting.

It was one of the most important archaeological sites of the world.

Unfortunately in August 2015 I saw in a video the Temple of Bel (Baalshamin) got bombed and destroyed. I almost burst in tears, watching the video.

The most characteristic 2 buildings of the site, the temple of Baal and the triumph arches are now destroyed. Columns are still there to see. The town of Palmyra was abandoned, but now people seem to return to their home town. 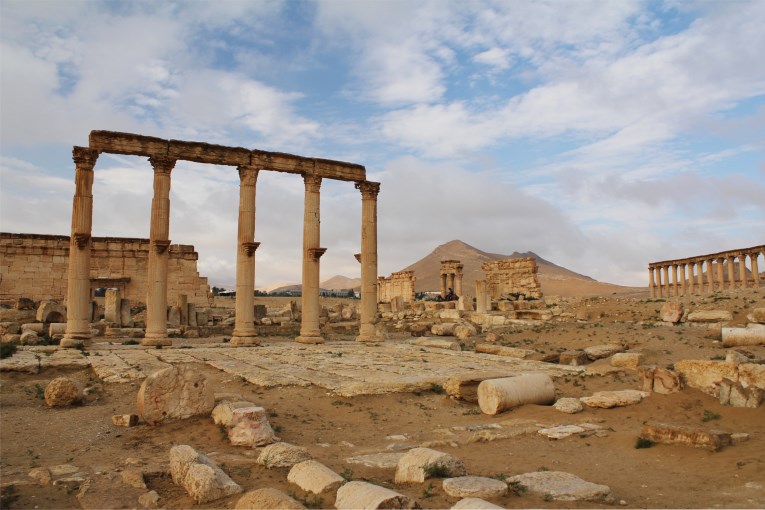 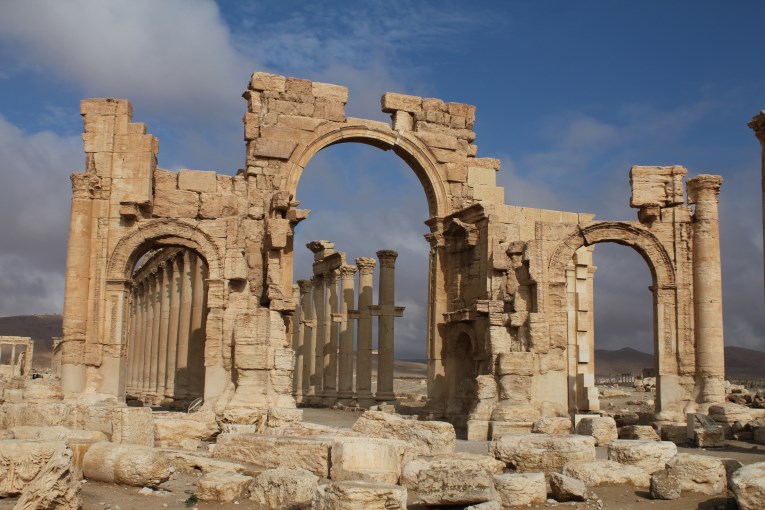 When the travel host was walking around in Damascus, it almost looked like there hasn’t changed a lot. People where living their daily life, having a wedding. But at the outskirts of the town you can see buildings completely destroyed.

The old market seems to be still intact. As well as the big mosque. 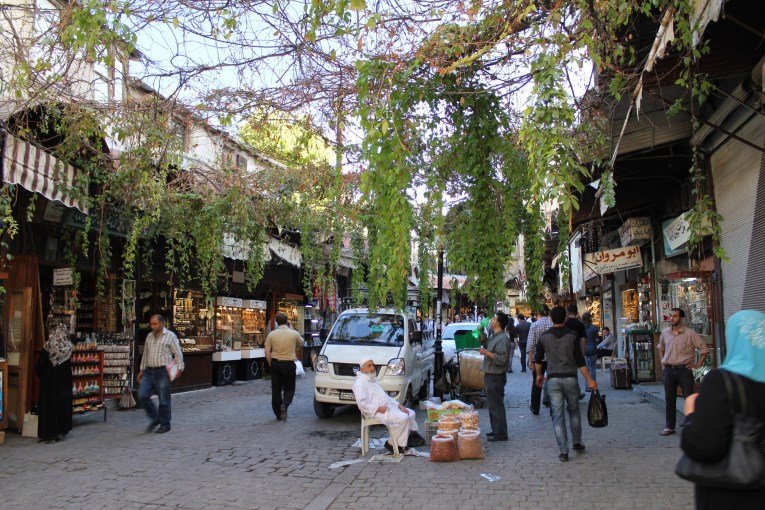 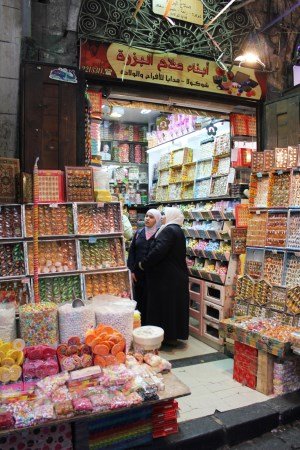 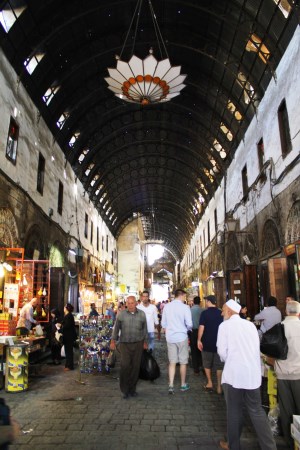 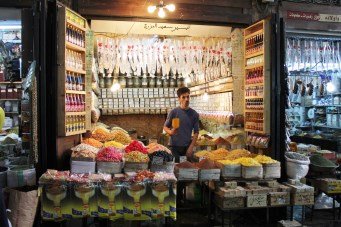 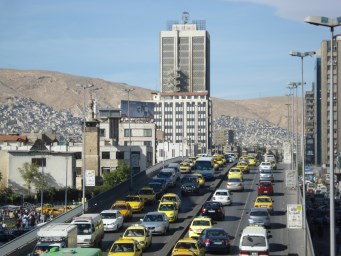 Along the way from Damascus to Jordan I visited Bosra. Another UNESCO on the list. The archaeological site with the Roman theater was well preserved. I remember sitting on the stairs and imagine myself watching some theater. I really loved this ancient site.

In videos at the news I could see people use this ancient ruins as a battle field for their war. 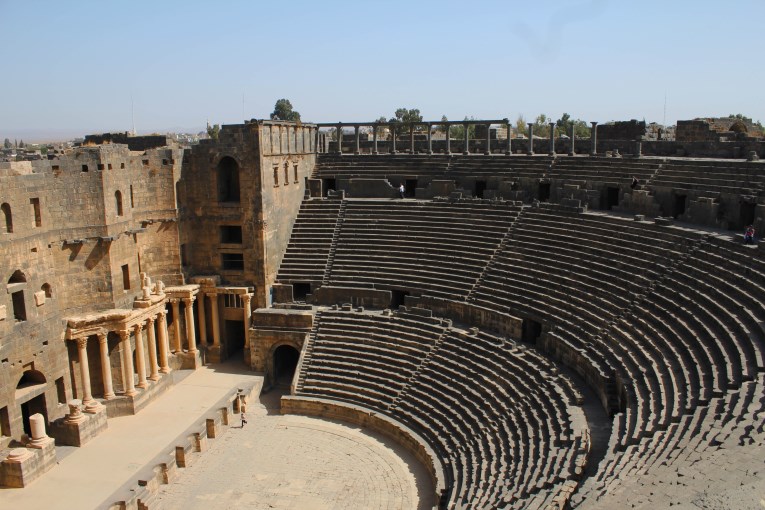 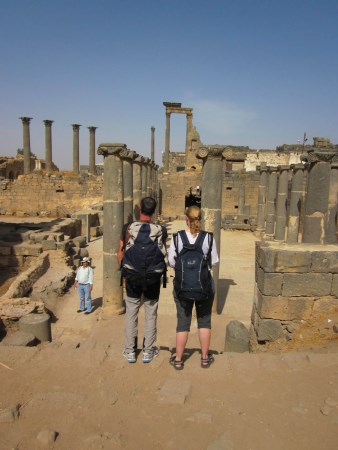 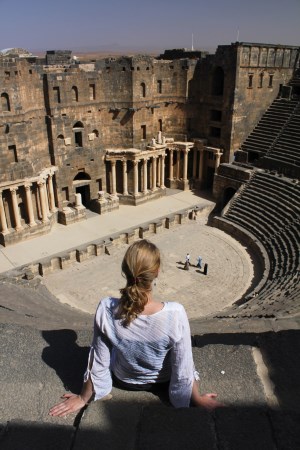 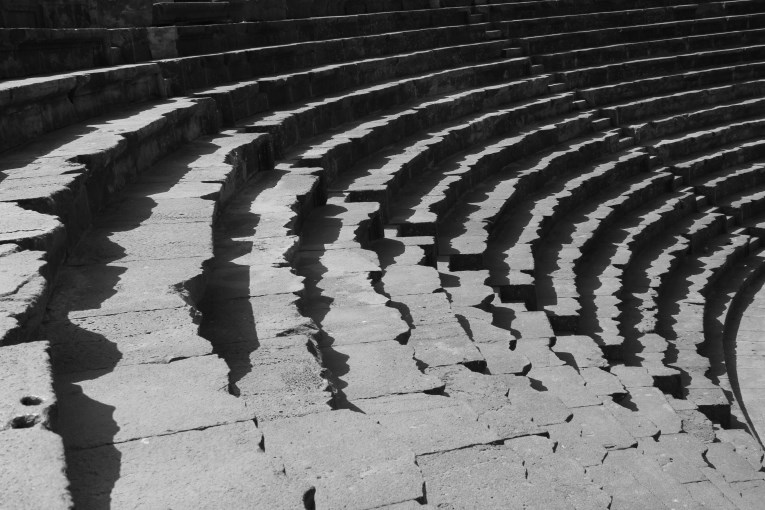