Sri Lanka is an island, the country has plenty of beaches. But which one do you choose?
Since there is a monsoon season, you have to be aware not all beaches can be visited at all times of the year. So prepare yourself and pick the best beach for you!

We have visited the southern of Sri Lanka. We choose Hikkaduwa, Mirissa and have seen a glimpse of Ngombo. The beaches in the south are famous for good surfing waves. 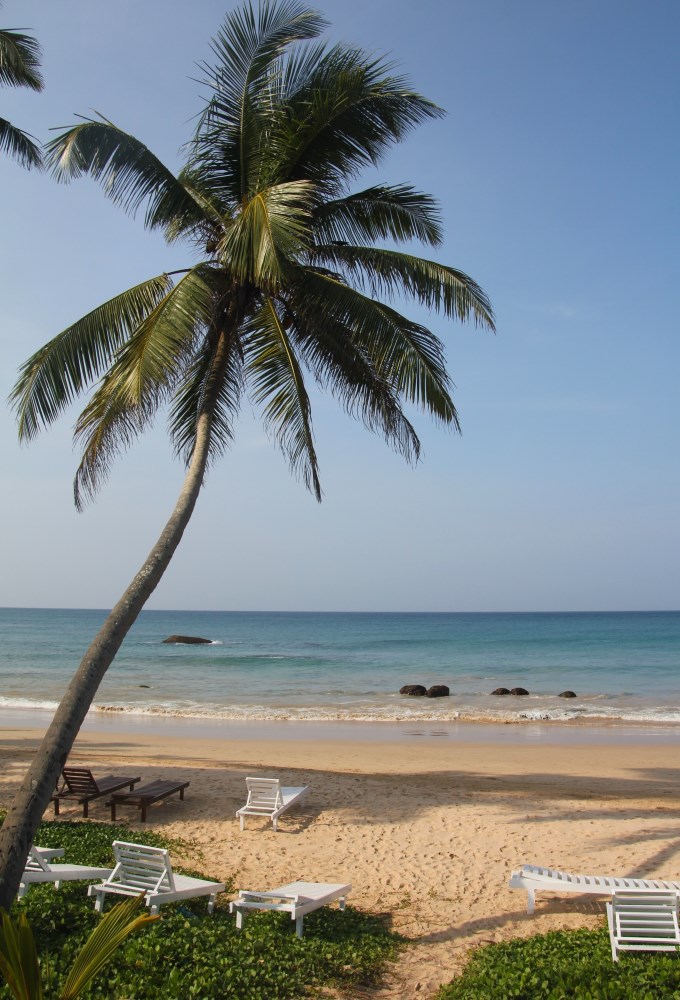 The beach of Hikkaduwa is big, quiet, and relaxed. With just a hand full of tourist it is a great place to soak some sun and feel tranquil. The waves where great to play some games of do so surfing. You can do scuba diving and snorkeling. 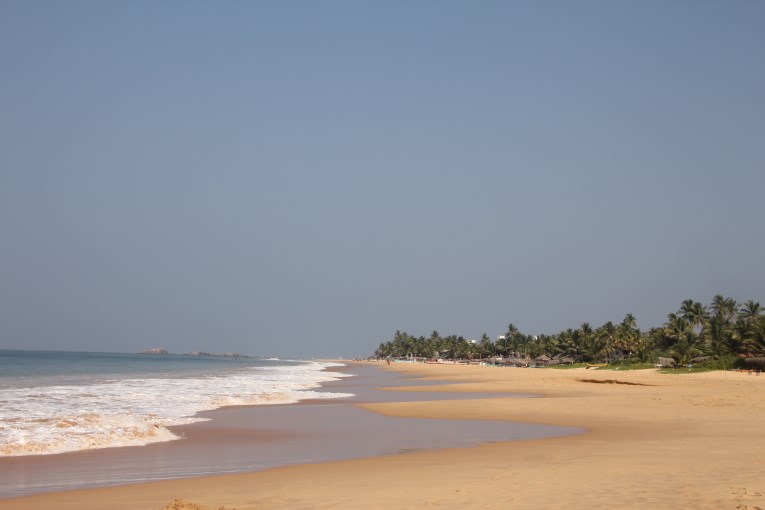 The holiday with my husband Timo began at Dusseldorf airport. My expectations of Emirates was really high. Unfortunately we had an old plane and especially the space for your feet was really tiny. They told me it is because of the cinema system. But those things are placed really awkward. I hope they fix this soon!

We got picked up with arranged transport to go to Hikkaduwa. Time saver and it was relaxed to just lean back and see the first scenery of the island. 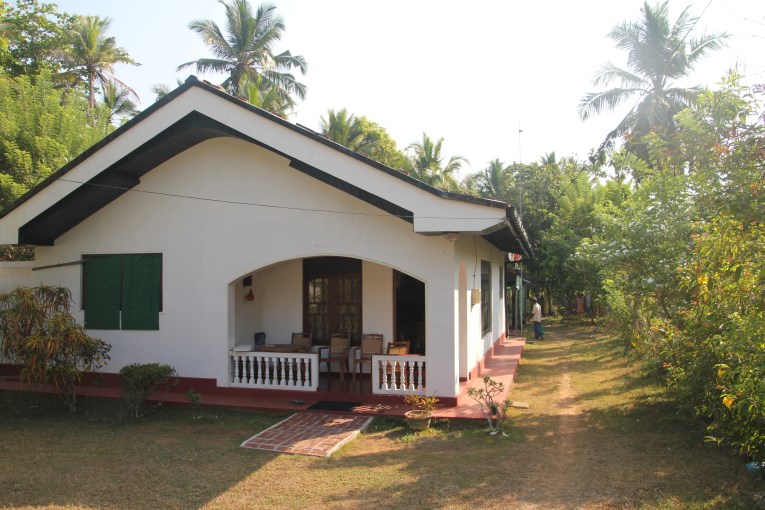 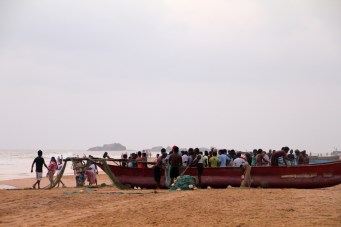 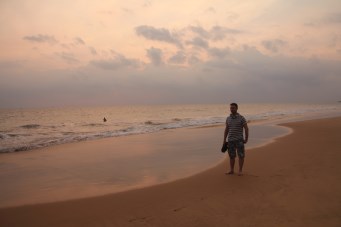 In Hikkaduwa we stayed in a small guesthouse called Alon. The room was simple but fine. The owners where super friendly! We stayed close to the beach. The beach was really quiet and big. The waves of the sea where huge! We took a long swim and played a bit with the waves, who won of course. 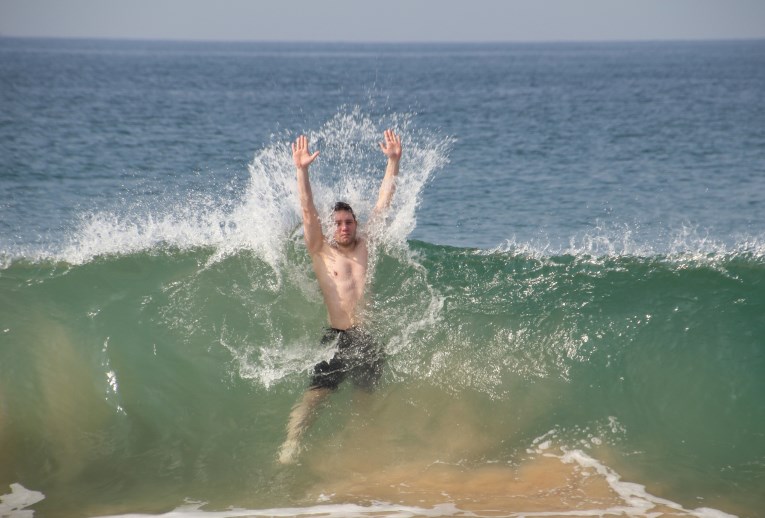 Galle is in the middle between Hikkaduwa and Mirissa. The city does have some beaches, but I only saw children in the water. If there was a grownup in the water, he or she was wearing clothes. I wouldn't recommend Galle for it's beach.
But it is a city with an interesting history.


It was easy to take a tuktuk from Hikkaduwa to Galle. 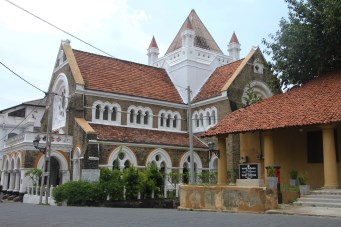 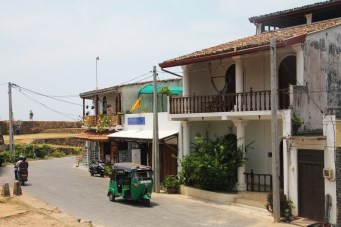 The city was ruled by the Dutch in the 18th century. As it was an important harbor city, they build a huge fortress. Here you can see a lot of the Dutch remains. We even could read the graves in the churches. 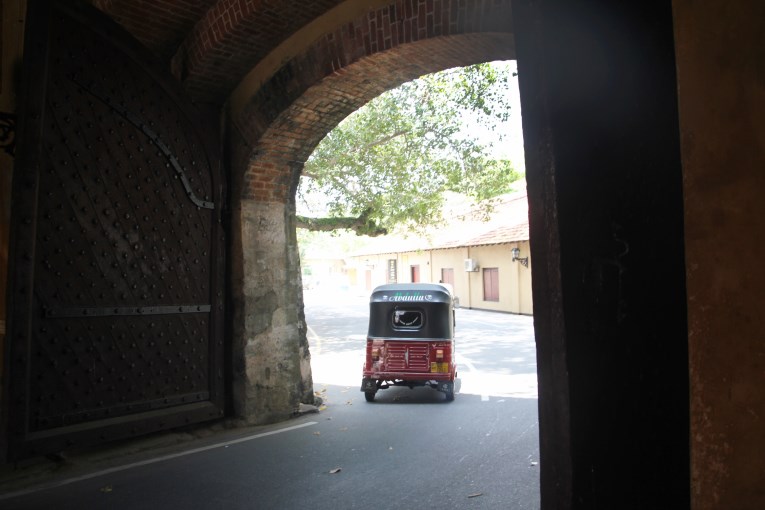 Since Galle was not our final destination for this day we let the tuktuk drop us off at the entrance of the fort. From here we walked to a nearby restaurant and had some lunch. We asked if we could leave our bags for a while, which was fine. 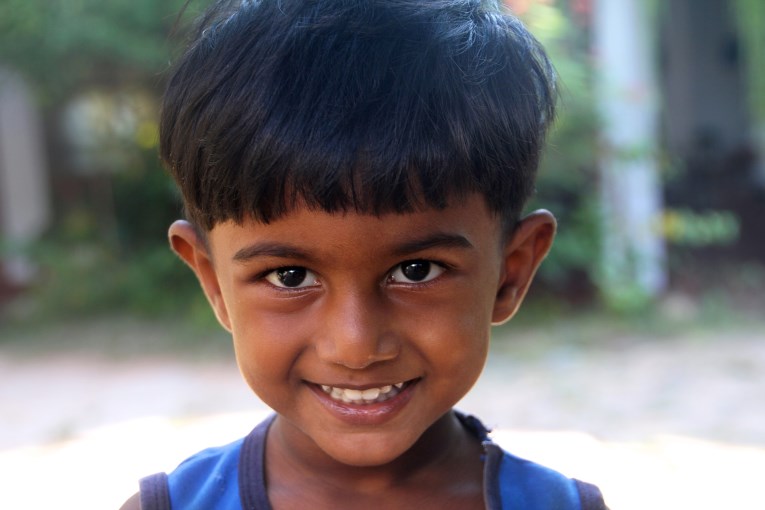 After we wandered around a bit we picked up our bags and tried to find a tuktuk again, this time to Mirissa. The prices where very high and one driver even explained he was calculating tourist prices! After 10 attempts to negotiate we found a driver with a fair price. 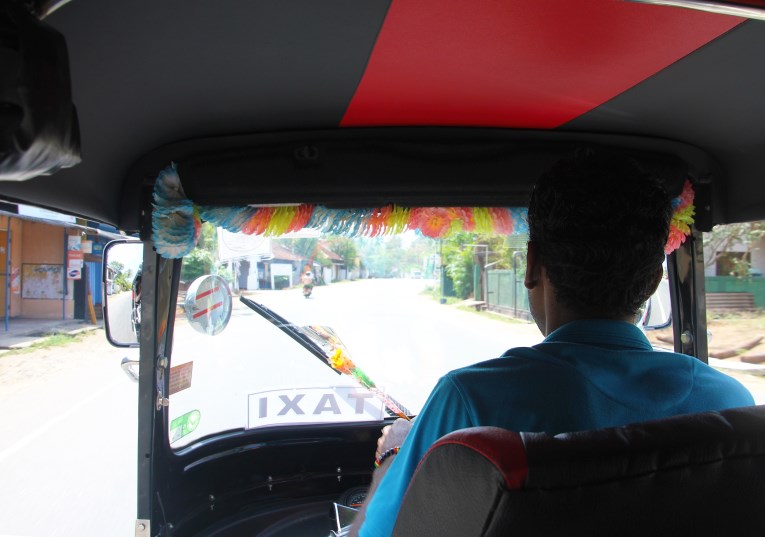 From Galle we took a tuktuk to Mirissa. Here we found a nice place to stay in a guesthouse. Mirissa is really laid back. A few restaurants on the beach, some accommodation and a beautiful beaches. 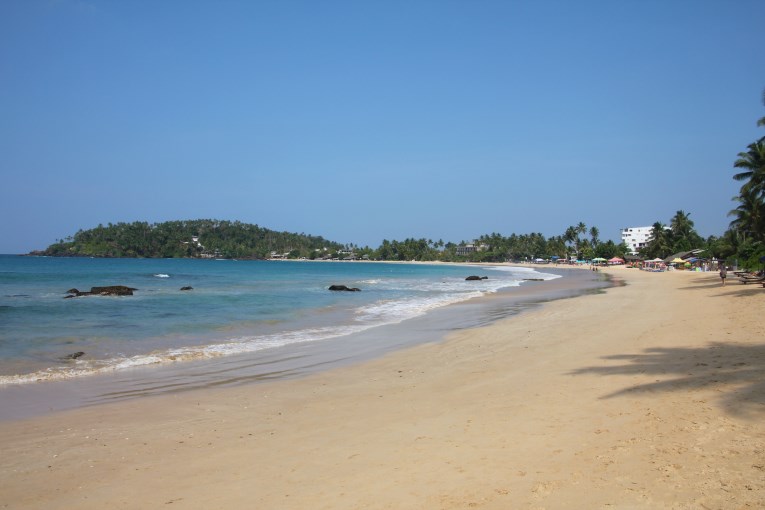 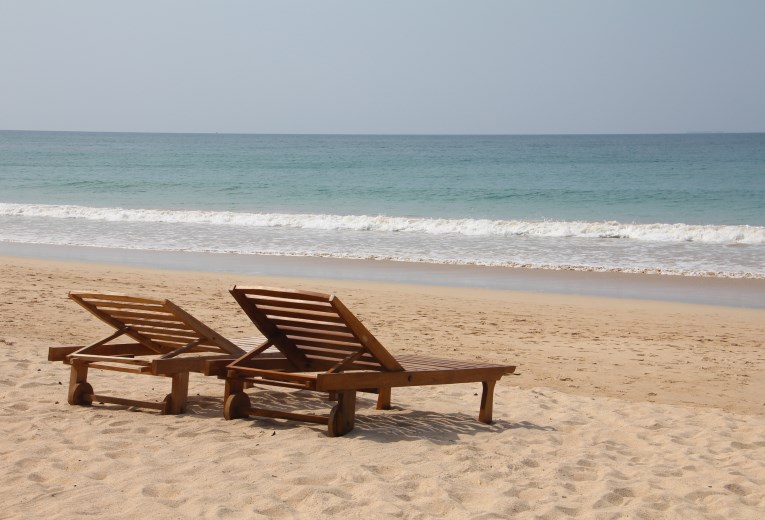 There are 2 beaches, on of them is flooding during high tide. This beach is less appealing, but fewer people. 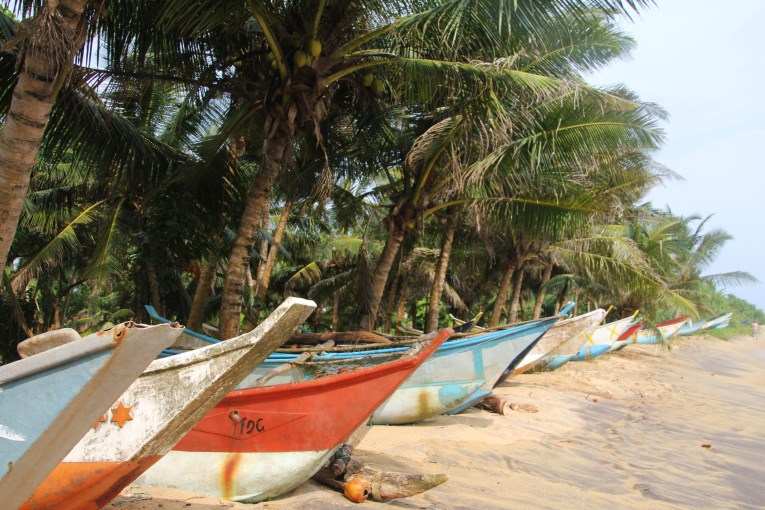 The other one has white sand and with just enough people it is a nice place to relax. In the middle of those 2 beaches you can see a rock. When it is low tide you can climb the stairs of the rock and have a spectacular view over the two beaches.

Around the rock you can do snorkeling. It is not possible when it is low tide, but on high tide you can see some fish. Timo even saw a black and white sea snake here! 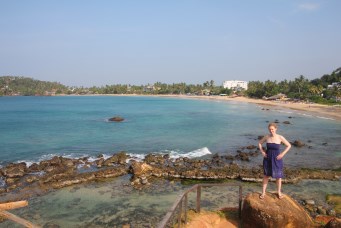 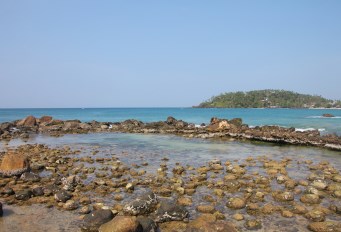 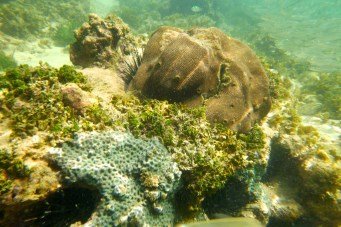 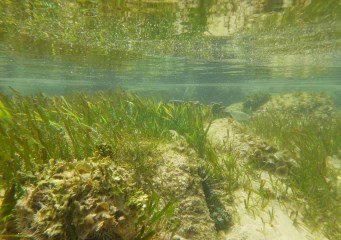 In the evening we strolled down the beach to find a nice restaurant. It is not difficult to find one, they all have a table with the catch of the day. If you don’t fancy fish, just try the curry with rice. You’ll get a few small bowls with different sauce and vegetable. Really delicious! 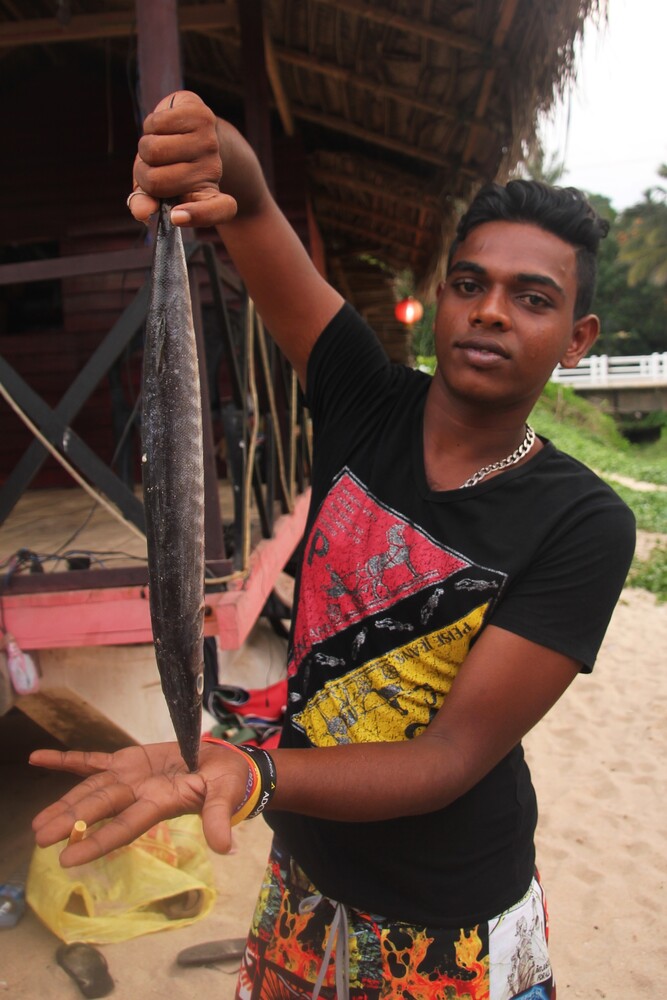 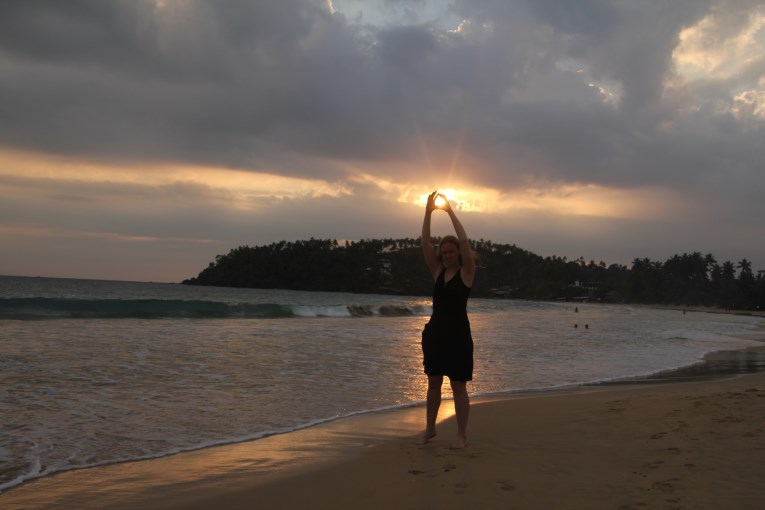 From The Netherlands you can book package holidays to Sri Lanka. Most of those holidays will contain a hotel stay in Ngombo.
And it wouldn't be my first pick to be honestly. I haven't seen the full stretch of beach, so there may be some nice and relaxing spots on this big beach. But the only thing I saw was a dirty beach with few people. And it didn't felt relaxed to go sunbathing at this spot. 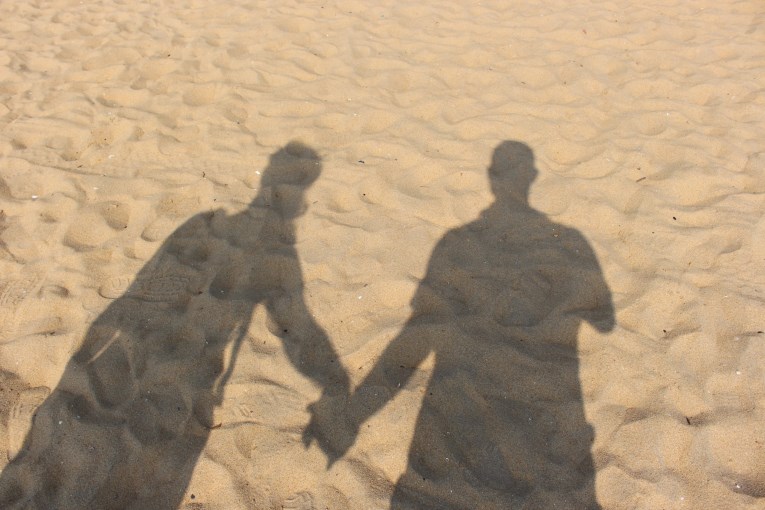 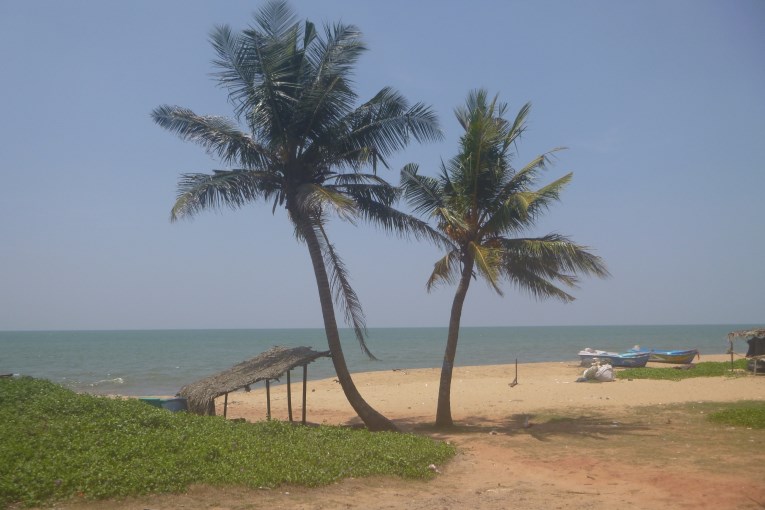 This place was also not to relax for us. Since we needed a new Canon camera, we searched on forehand on the internet. We found one shops which looked reliable to us. Here we finally bought our brand new camera 700D. 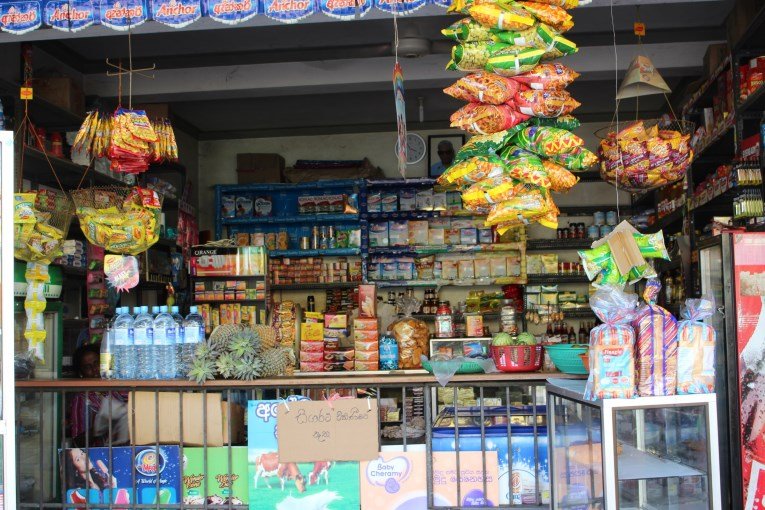 We tested a little at the beach, at the backstreet of Ngombo beach. I was really happy to hold a DSLR again! 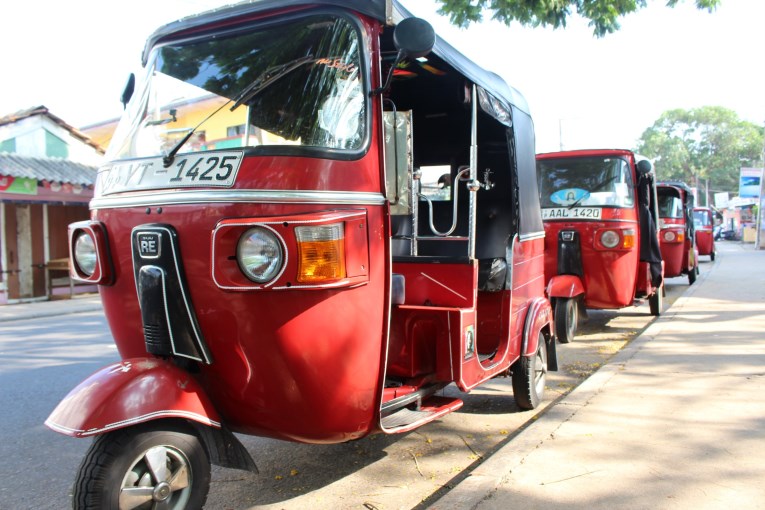 Which one to choose?

We found Hikkaduwa the most relaxing beach, but Mirissa the most beautiful. And I hope in the future we can go again to Sri Lanka to test a few more beaches!