From Dakar I took a shared taxi to a crossroad to Ndangane. The small village lays in the region Sine Saloum delta situated about 160 km South from Dakar. From here you can visit Mar Lodj island and of course the delta with mangrove forest. After the taxi, I got dropped of at the crossroad. Make sure your driver knows you need to get of at the crossroad! There supposed to be shared taxi’s from here again, but I only saw old buses. Really. Old. Buses! They were loaded with people and stuff. There where even goats tighten up the roof! 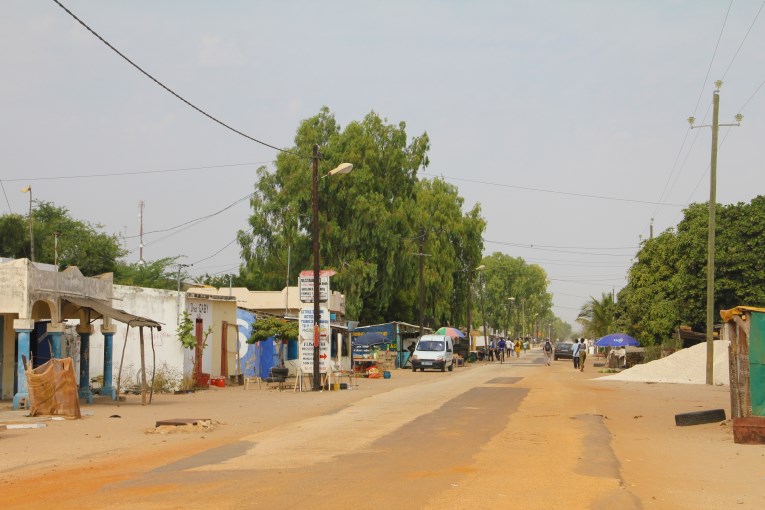 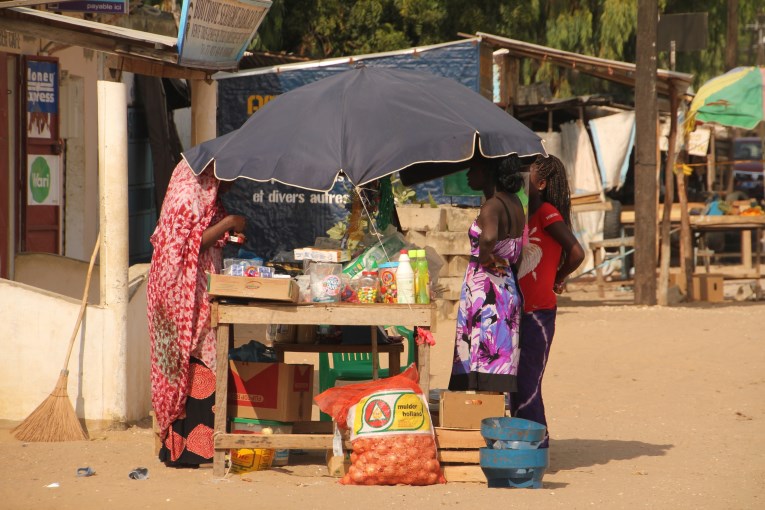 The guy sitting in the same taxi was getting of at the same point. I was just wandering which bus I should take when he asked me where I’d like to go. I told him I needed to go to Ndangane village. So he said he needed to go the same direction while he said this he pointed in a direction of a bus. The oldest bus waiting. The bus was painted very colorful so it would look nice I guess. But as soon as I realized I need to get in this bus, I felt it would be a long and uncomfortable ride. As said before the bus was loaded and sure two more people will fit in! So I squeezed myself in the first row, behind the driver. There was a big hole in the bottom, so I need to hold my bags, as I didn’t want them to put it on the roof. It was only 10 kilometers to the next stop, where I suppose to change again to another bus. But it took almost an hour to get there. We stopped a lot and needed to avoid the big potholes in the road. 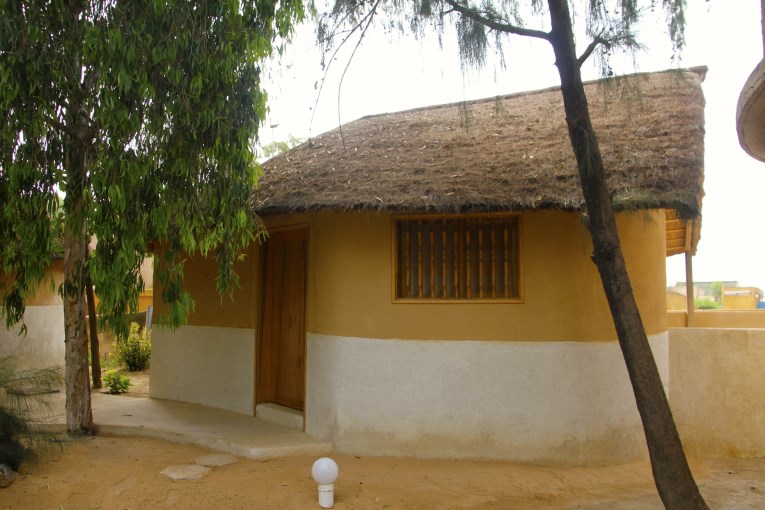 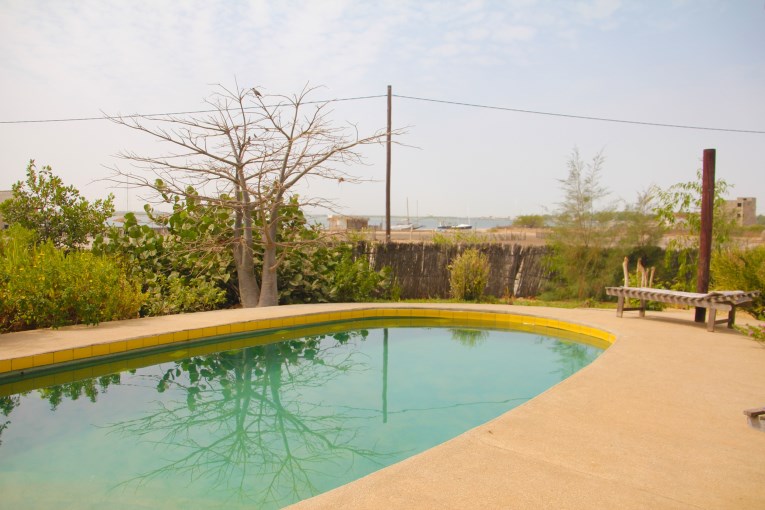 At the next stop there where shared taxi’s again, so from here it was more easy. I found a really nice accommodation called ‘Le Cormoran'. It had cute bungalows and it even had a swimming pool! Unfortunately the owners didn’t speak English so it was difficult to arrange tours. But I managed to arrange a boat trip trough the mangroves the next day.
My favorite restaurant was at boat dock. Here children where playing, it was fun to see while I was waiting for my lunch or dinner. 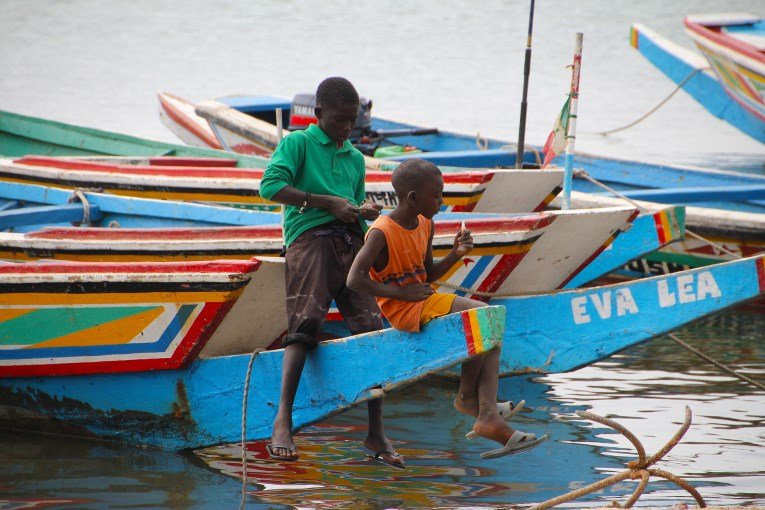 I got picked up in the afternoon by a man called Bira. He took a friend called Jerry, since the boatman didn’t speak English at all. The boat ride was really pleasant, lush green mangrove bushes, filled with a lot of birds. We saw pelicans, cormorants, herons and even a kingfisher! Bira took me to Mar Lodj island. Together with Jerry they explained about the island. There is a village with a church, mosque and a market. In the center there is a holy tree. Years ago they did circumcise on woman here. Merciful they stopped this cruelty. 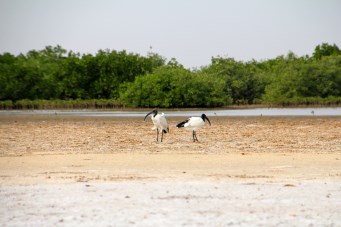 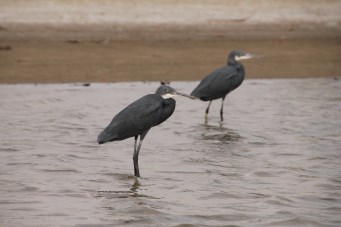 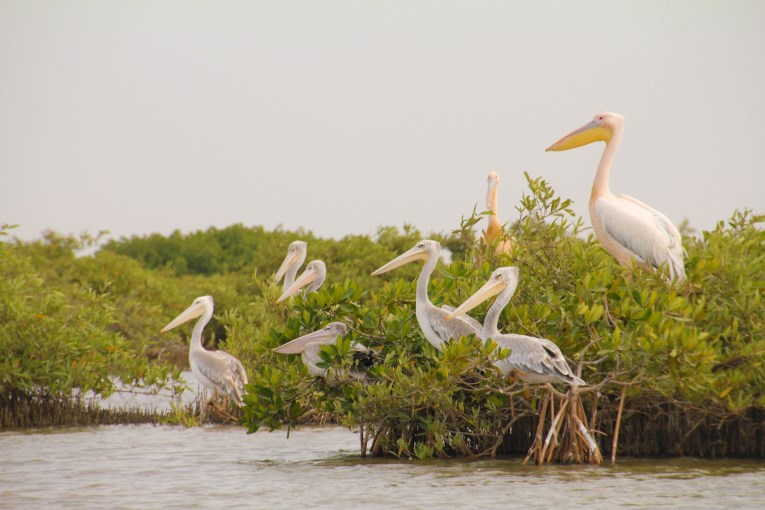 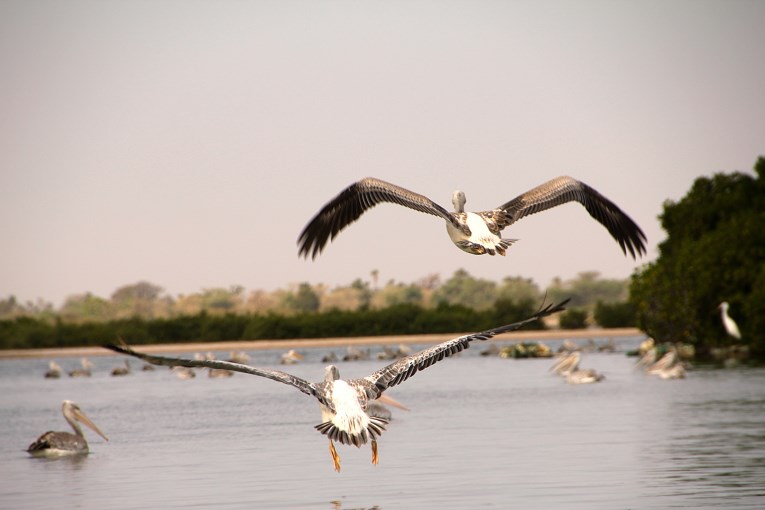 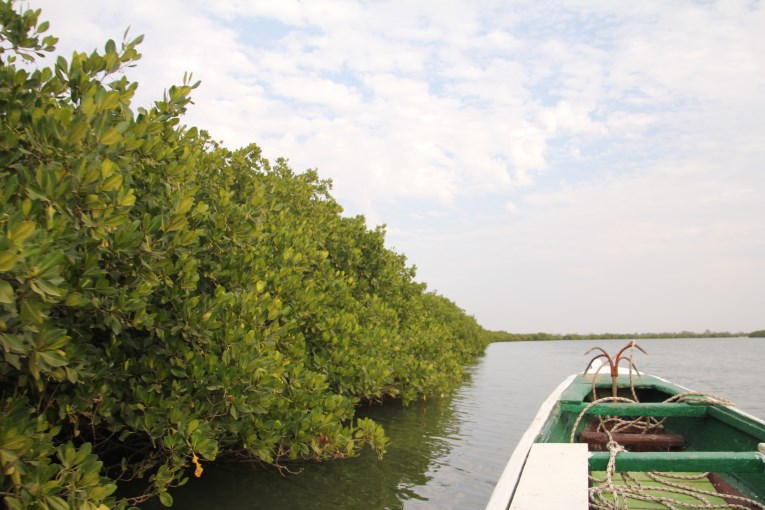 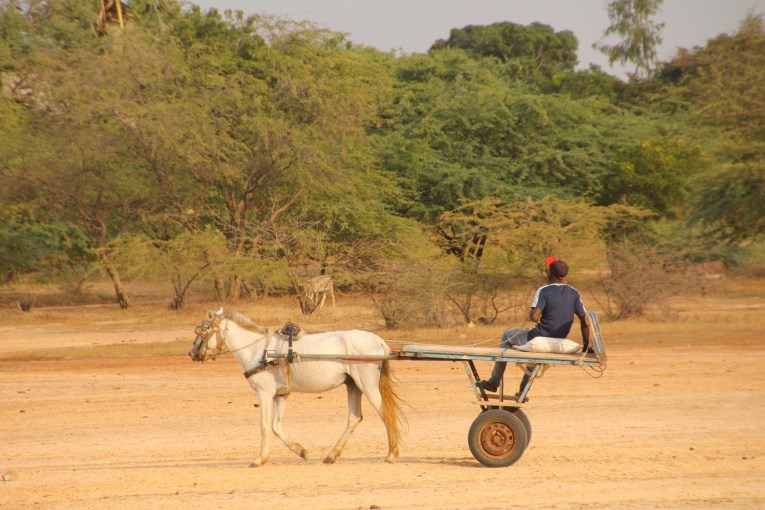 To go to the border of Gambia I had to leave early the next day. It took me 2 taxi rides, 4 shared taxi rides, a moto taxi ride, a regular bus and about 20 minutes walking with full packing to get to my destination in The Gambia, Kuntaur. 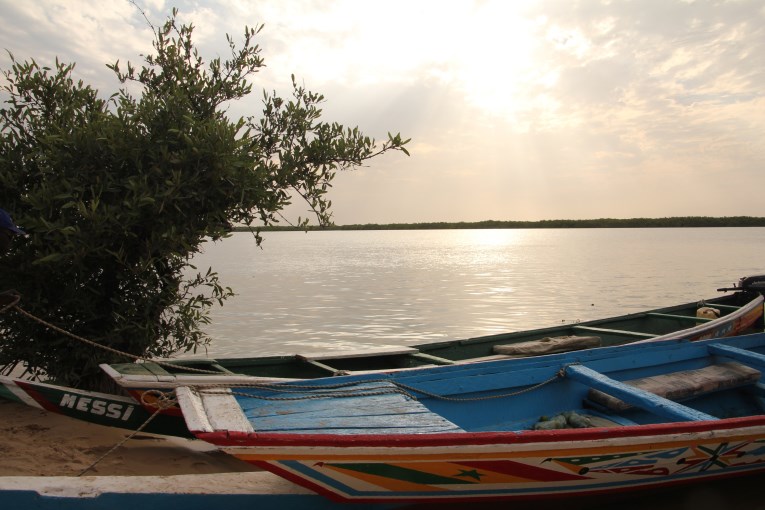 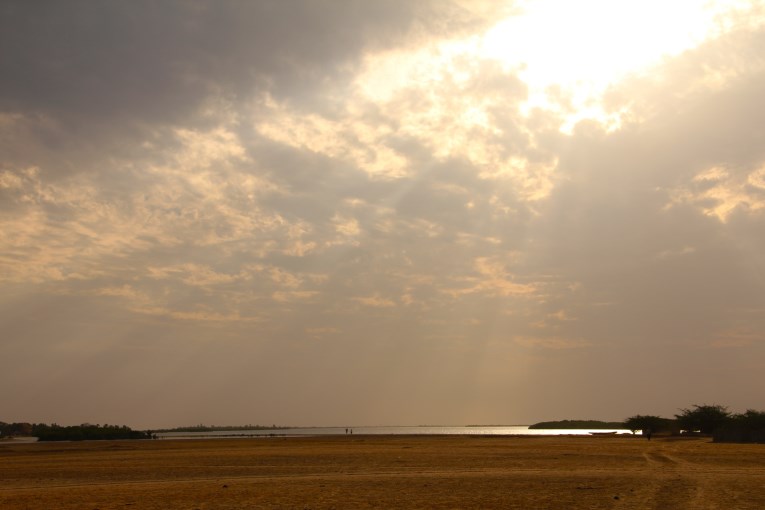