Ile de Gorée, an island with a tragic history of slavery. This island would be the final gate to transport slaves trough all over the world.
From 1500 to 1900 century this was the largest slave trading center of Africa.
The island is ruled in those centuries by the Portuguese, Dutch, French and English. They all put a stamp on the culture and character. With its colorful houses it looks different from other places in Senegal.

The island serves as a reminder nowadays. The island is on the UNESCO heritage list since 1978. There would be a good museum so I wanted to visit this island. 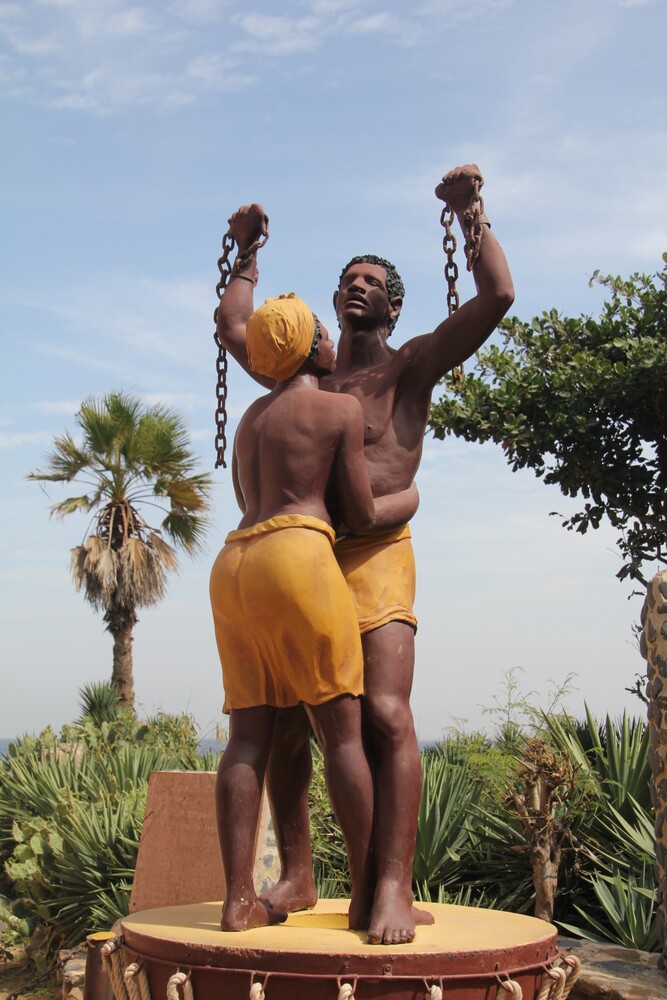 With some directions of the hotel I was waiting for the bus. After a while some people pointed out, I was waiting at the wrong point. But again I miss understood and headed on bus to the wrong direction which brought me to the airport. As I was searching for the right bus a guy approached me and wanted to join me. As it didn’t feel right I tried to get rid of him, but he just stayed close to me as bees close to honey. I responded several times I didn’t want to pay him, so if he wanted to come, fine but no money. He replied he just wanted to show me the country.

We took a ferry to and I walked around Il Goree. The island is small but has a good atmosphere. The colorful houses look nice and it is quiet on the island. 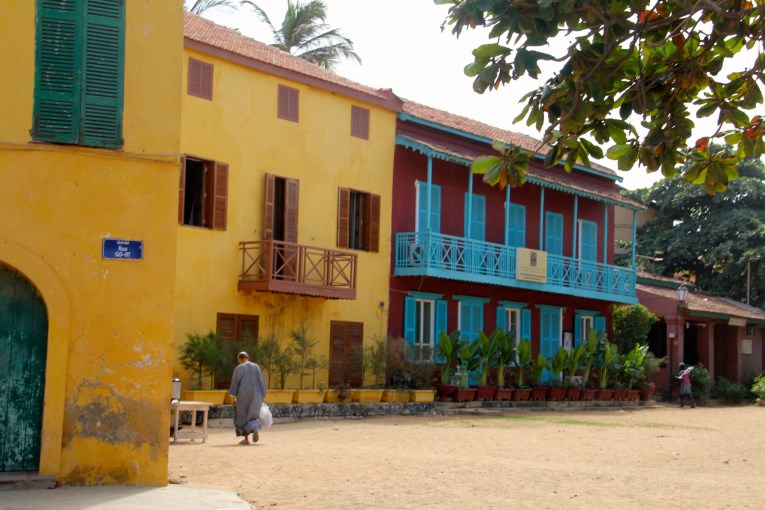 The museum was good, you can’t imagine what we did do to other people and reminds me there are still loads of problems in the world we should solve. 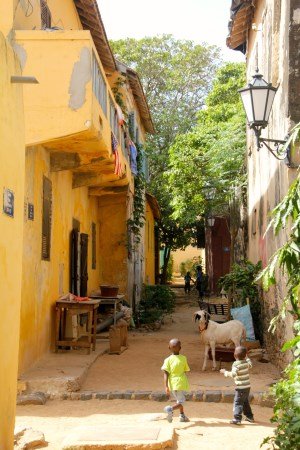 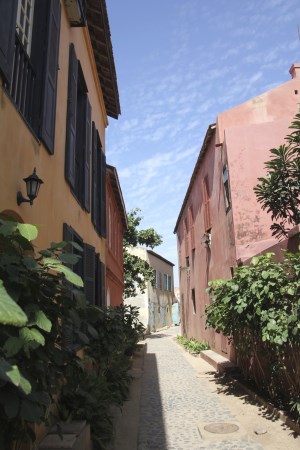 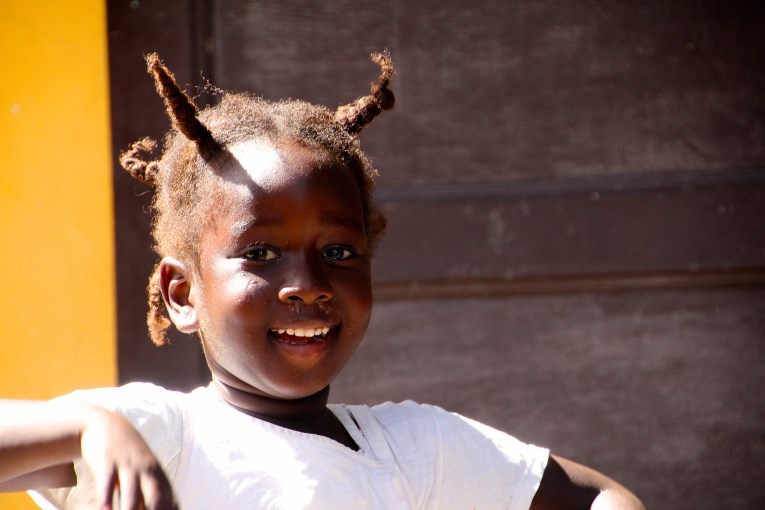 When I wanted to go back, this guy start to annoy me. He tries to be bossy, but when I asked him to leave he just didn’t. Finally, he asked for money, which he didn’t deserve, and all the time I was really clear about this! I felt a bit threatened, but I felt strong, since he didn’t know my accommodation. I tried to take a taxi back to the hotel, but since it was Christmas, there was nothing available. So I took a bus, and of course here I still couldn’t get rid of him. When I was close enough to my hostel I got off, ignored him and he followed me. I asked him again to leave, and he wanted money for his ‘services’. I always have small coins in my pants, to pay for small thing, so I just gripped a few coins gave it to him, shouted at him he is a pain in the ass and just walked away. He said he wanted more money, but I just walked away. And I really, really felt relieved he didn’t follow me. 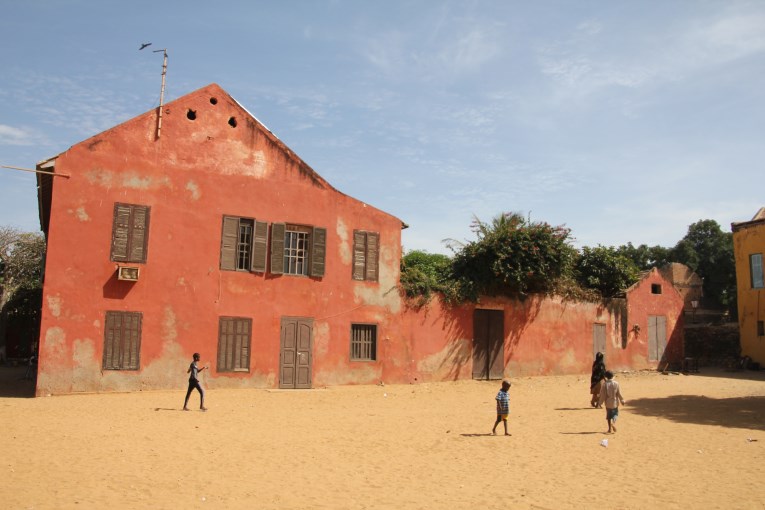 I really enjoyed my day at Ill Goree but this makes it a day with some kind of shadow. When I look back, I asked him at least 15 times to leave me alone. And since I wanted to stay polite, didn’t want to shout at him, nor give him a bad feeling, I still don’t know how I could get rid of him sooner. Trust in people was getting a bit down after this, but I just tried to shook it of and move on. 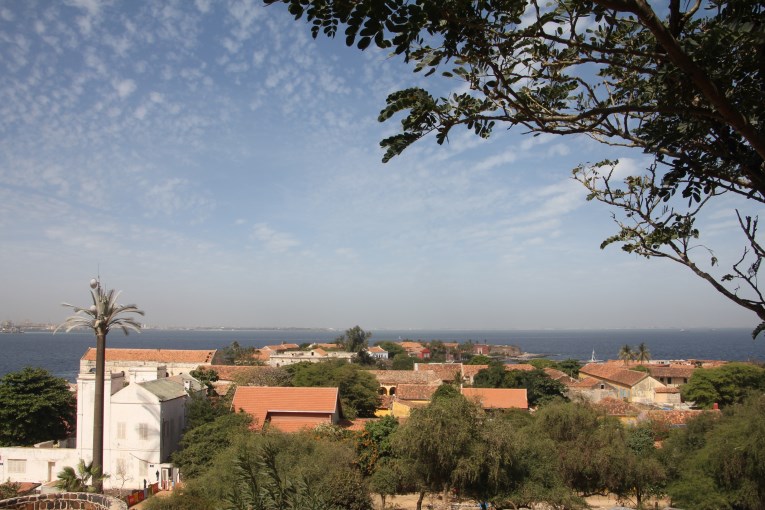 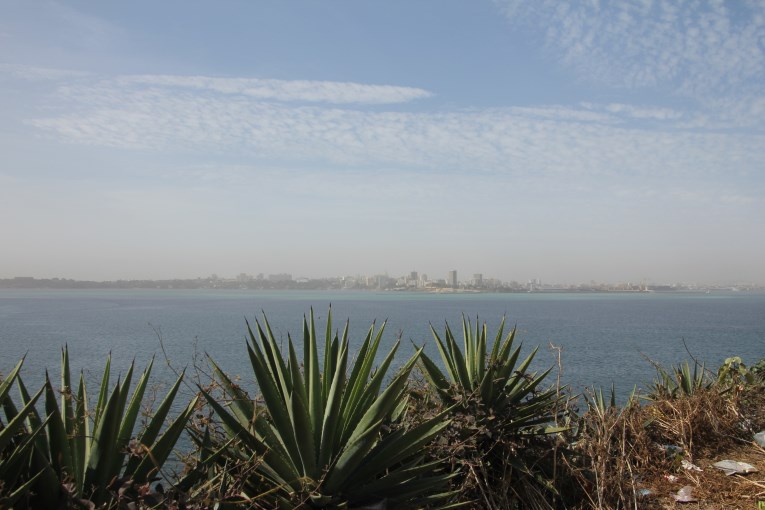