Close to Ugine and with an altitude of 2409 meters mount Charvin has little difficult (PD) via ferrata route. You can start the via ferrata route at restaurant Col de l’Arpettaz. The car you can park next to the road at this restaurant.

The road from our stay in Flumet was had a scenic view over the Mont Blanc. We could clearly see the top. The road was small and with a lot of hairpins. I was happy to arrive at the restaurant. Here we got a map which showed us the via ferrata route. We could follow the path leading up the mountain. A family of a father, daughter and son, walked a little a head of us and they would be the only people we would see this day. 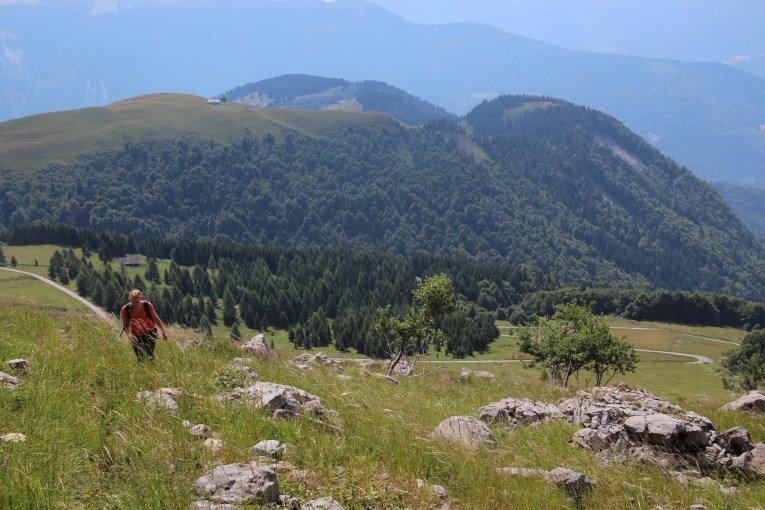 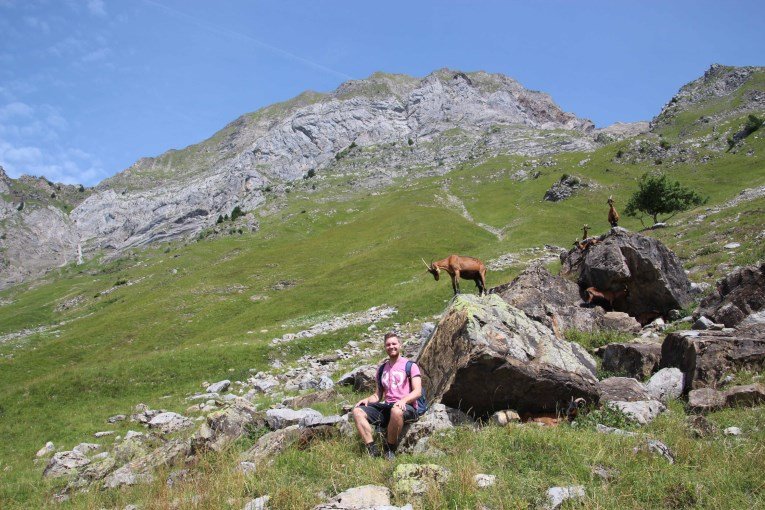 We started a little late that day and we arrived at the restaurant about 11AM. The route should take 6 hours, so we had plenty of time. 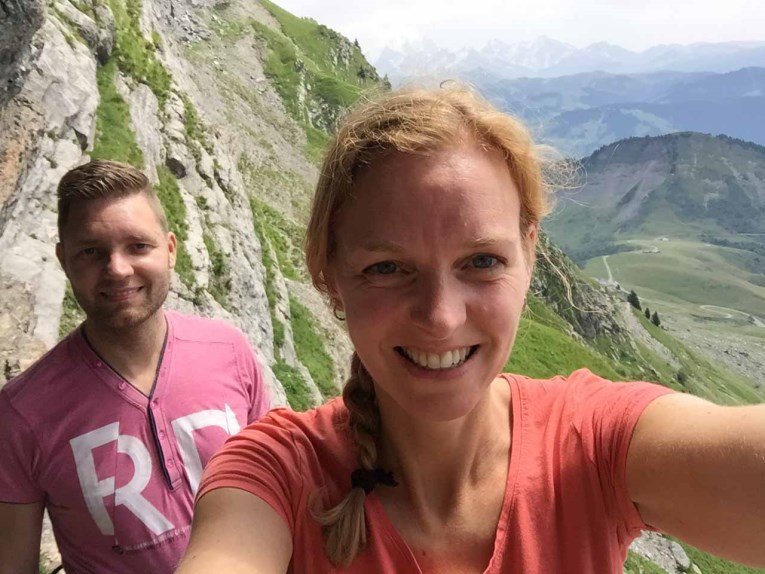 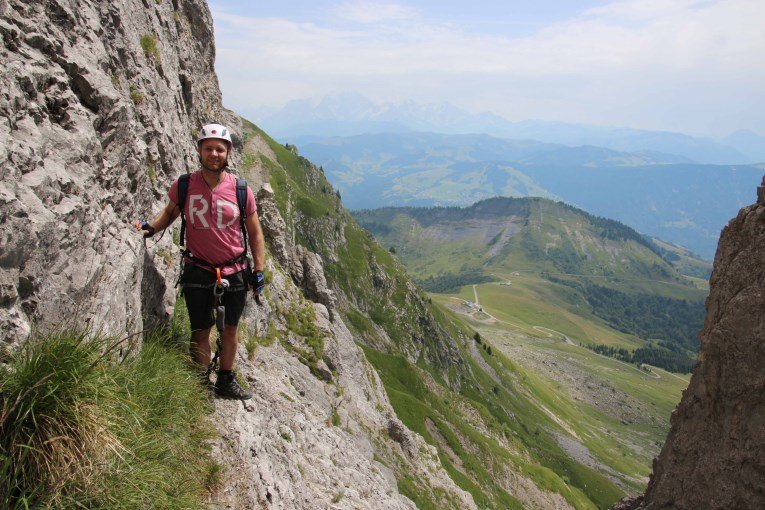 The views were the whole time phenomenal! We could see Ugine and our car in a distance. The route would lead over a rocky path, or no path at all. At most times it was secured with the via ferrata gear. But some parts didn’t have the protection. I’m not sure why, because at some part we walked on the rim of the mountain and while the path was only 50 cm wide, it had no protection. Sometimes this made me scary, as when I’m not wearing my glasses I cannot see deepness. It just made me scary to fall and not knowing to where I had to put my feet.

Some part where really climbing up or down, using the steel cable, but there were not many iron handles or ladders to hold on to. 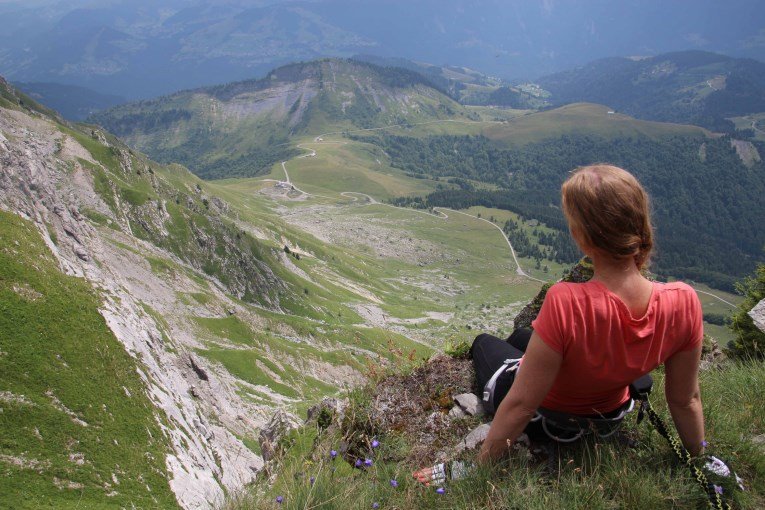 As we were getting higher up the mountain the altitude made it more difficult to breath, but it was not too bad. This day was a bit cloudy, that made it perfect for the hike and it was not too warm. 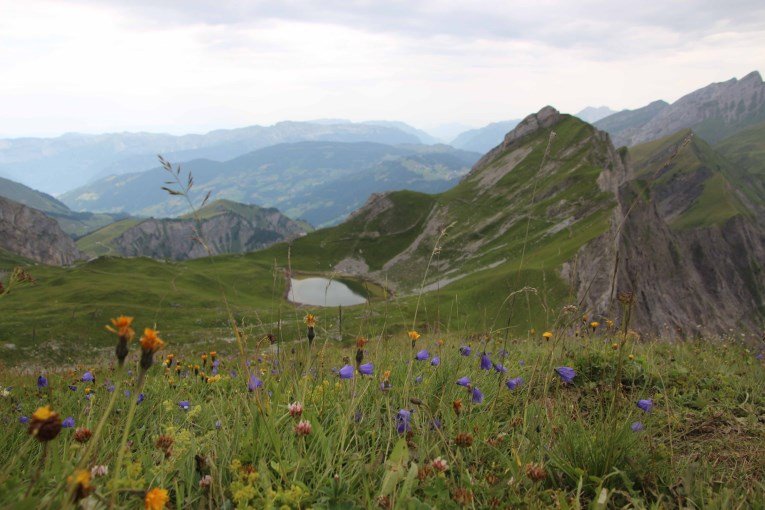 At the top of the mount Charvin we had lunch. The view was perfect with a 360 degrees view. Apparently we were not even half way! But going down was more easy. Only bad for the knees I would say. Slowly the rocks would disappear and we would finally end up walking int he meadows. We still could see our car, but the route which should take about 6 hours had gone by already.

The route ended on the main road, which was a gravel route which leaded us back to our car. This took us another hour to walk to.

In the end we walked for more than 8,5 hours! The France family which was all the time near or at a distance had done more via ferrata’s but had the same speed. So I’m not sure if the time wasn’t correct or we all were just slow. 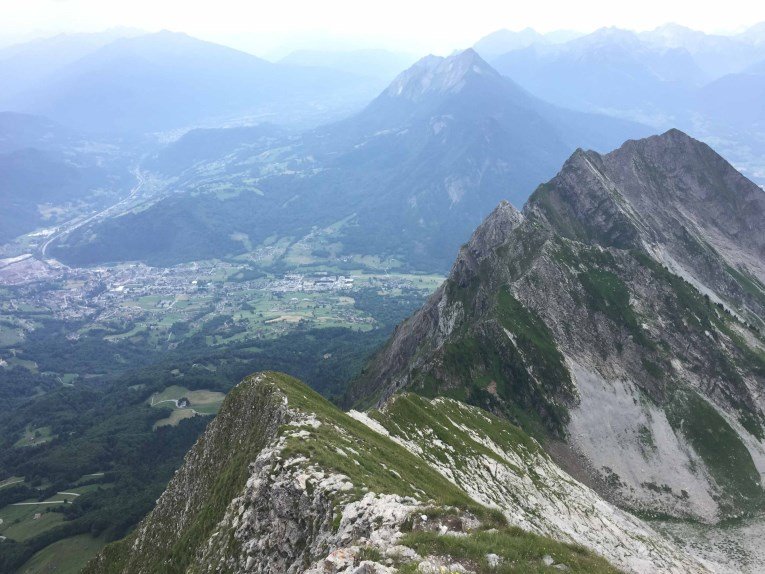 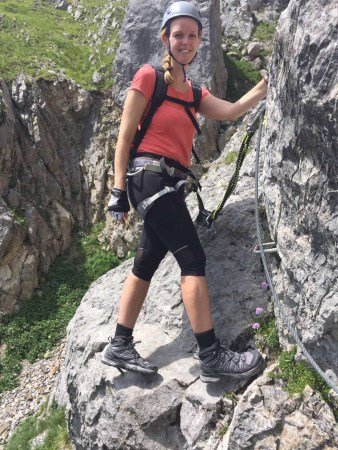 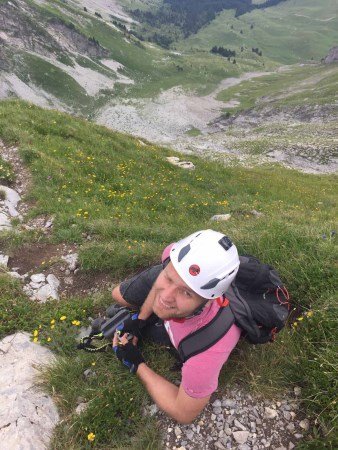 After the via ferrata route

Overall, I really loved this via ferrata for its amazing view. Before the clouds would come in, we had a good view over the Mont Blanc.
This via ferrata had some scary parts for me, but I guess that was just my issue, as Timo didn’t bother that at all.

If you have time, make sure you will do this climbing path via ferrata! 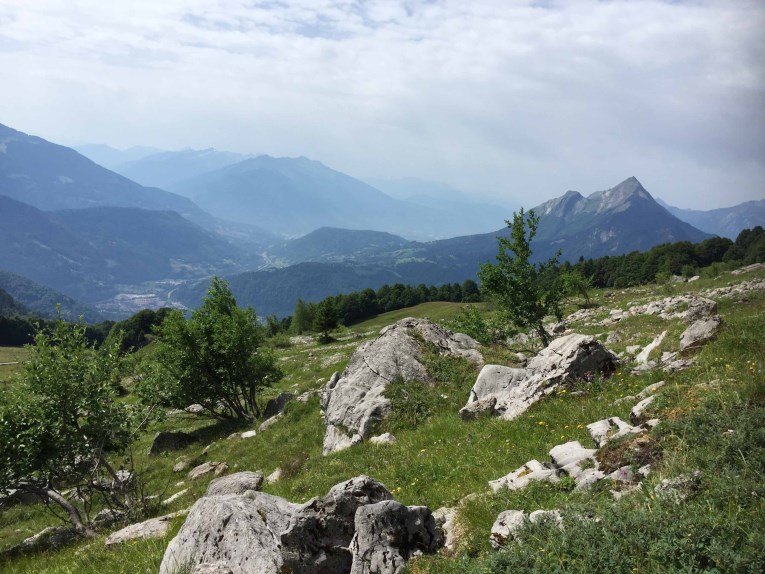 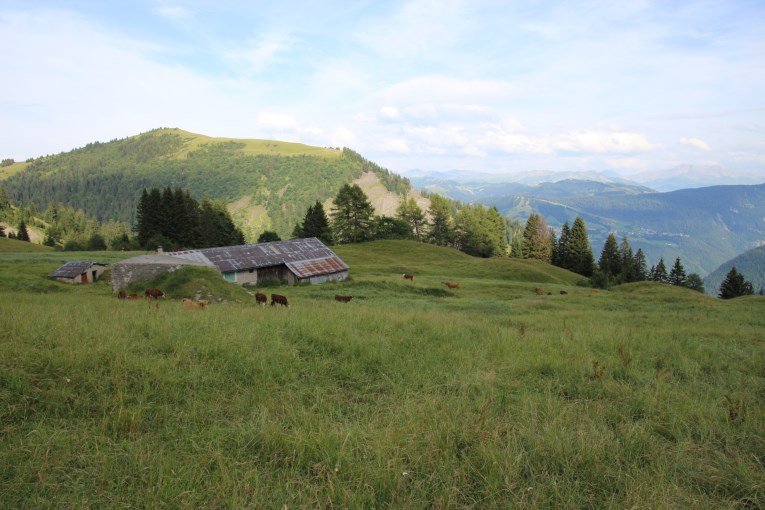 
parking: free at restaurant Col de l’Arpettaz or a little further down the road at Les Bassins.

Take enough water and a lunch/snacks! 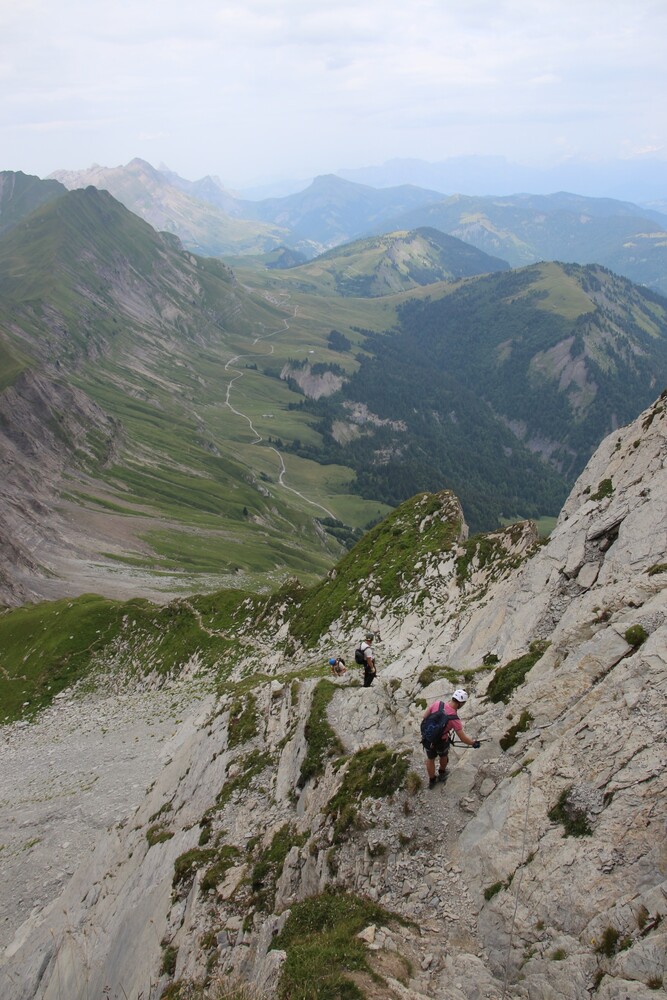 For more information about via ferrata read this blog.