From theGambia I flew to Dakar. My flight got a delay for almost 6 hours! They didn’t know how long the delay would be, so if I wanted I could leave my phone number. They would text me when the flight was leaving. I was really in doubt, since there was a national reserve close to the airport. But because of the unknown delay I was hoping it would be just a few hours. Afterwards I regret I just didn’t leave the airport and went for it, but those are the regrets you have later.

When I wanted to check in for the flight they asked about my visa papers. I only had one paper and they asked for the other. When I replied with a firm, this paper should be OK, I got a stamp on my paper and I could board! After I arrived they leaded me to an office where they made my picture, fill in some papers and my visa was settled! I didn’t have to worry at all! Since it was getting dark really fast, I took a taxi to my hostel Viavia. This was run with a Belgium lady and here Senegal husband. The rooms looked fine, although there was only cold water. 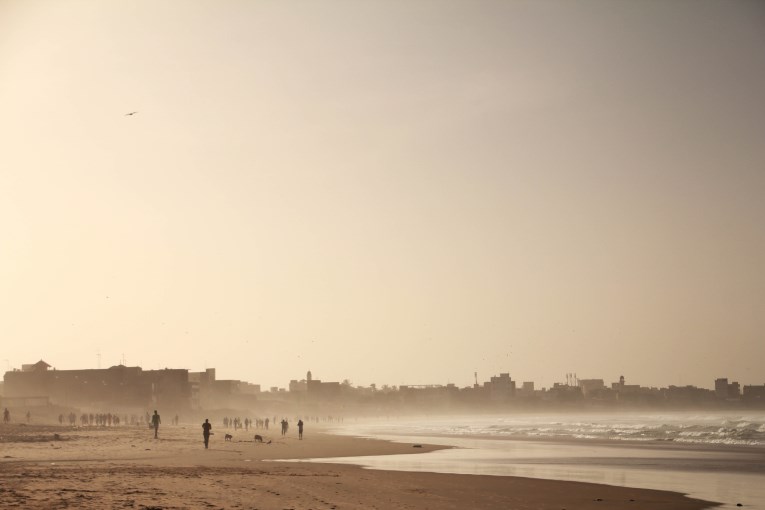 The next day I took a taxi to Lac Rose. The main reasons to come to Dakar.
They couldn’t guarantee the lake would be pink, but I just wanted to see. A man who is working for the hostel took me with a taxi. He was explaining a lot. First stop was a small market to buy him some food. 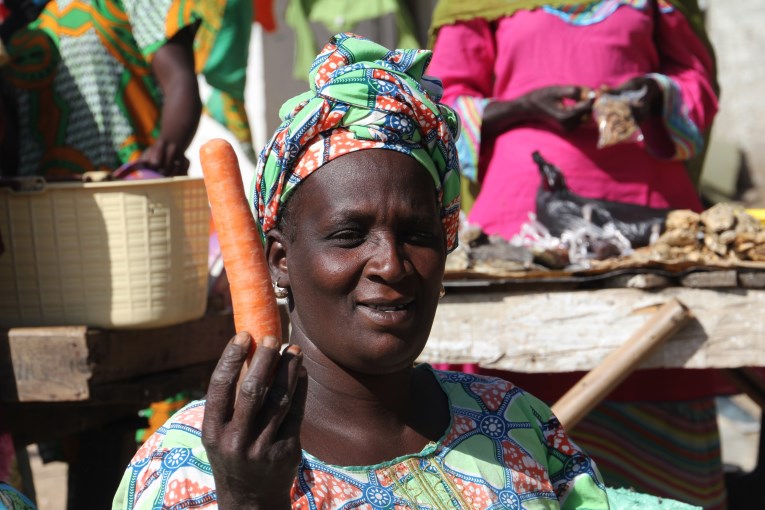 The lake has a high concentration of salt and minerals and here it comes: with the right water level, sun and no wind it’s color is pink. But you guess it wright, there was too much wind, the water level was way to high for this time of the year; too much rain lately. The sun was doing its best, but it just didn’t work out. The lake wasn’t even pink a little, it was just one ordinary colored lake! What a disappointing! 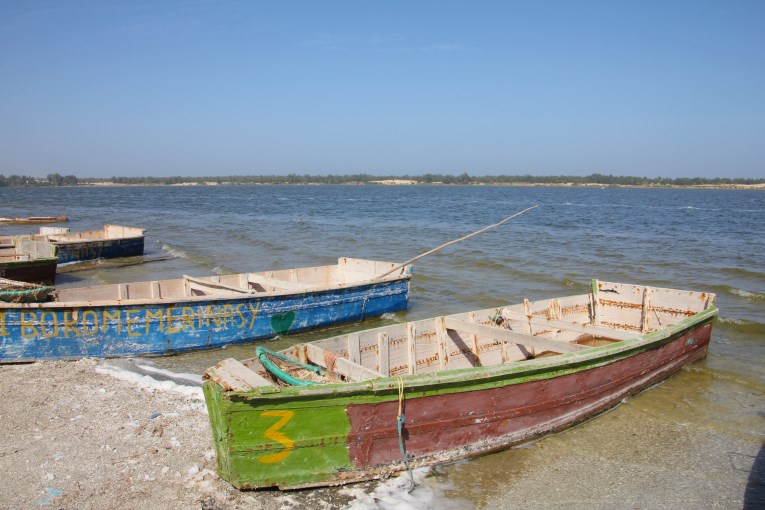 All tough this was a bummer for me, I could see how the working man would take the salt from the lake and put it to dry on big piles. And f I wanted, I could float in the lake, but I found it too cold to swim. Because of the high concentration of salt, you can float like the dead sea in Jordan.

We left the site early so I had some time left in Dakar. I decided to get to Ngor island which is a short boat trip from Ngor beach. 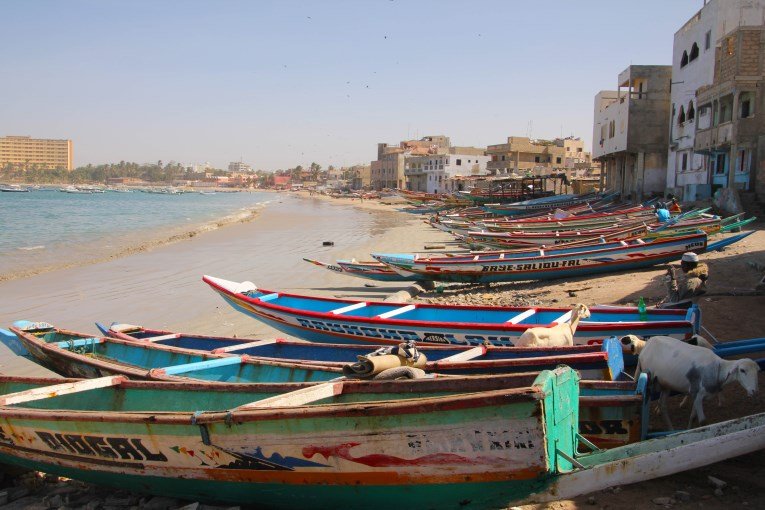 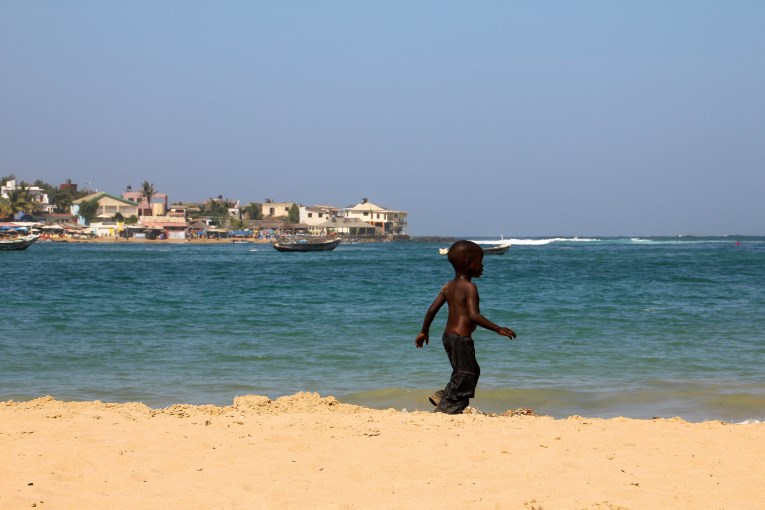 The bus to the beach was easy and I had a small and pleasant walk to the beach. As soon as I sat down somewhere people approached me for a chat. In the beginning I found it difficult, since you couldn’t tell who wanted something, or just wanted to chat a bit. The first guy just wanted to talk about Senegal and walked me to the other side of the beach. He did ask if I wanted to support a school, which I declined. But overall it was a great chat. I ate a simple lunch at a restaurant facing the sea. Ngor island I didn’t go, I found this all ready a nice afternoon. 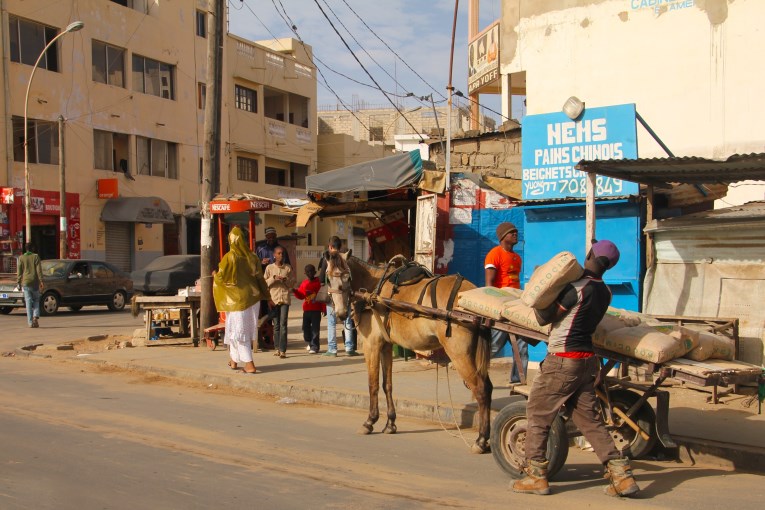 Dakar was a nice city to visit. You can go easily around with the bus. Just ask your hotel which bus and where the bus stop is. You can wave them down and pay in the bus to the driver.
After I went on a day trip to Ill goree I left the city to go to the Sine Saloum delta, to the village called Ndangane. 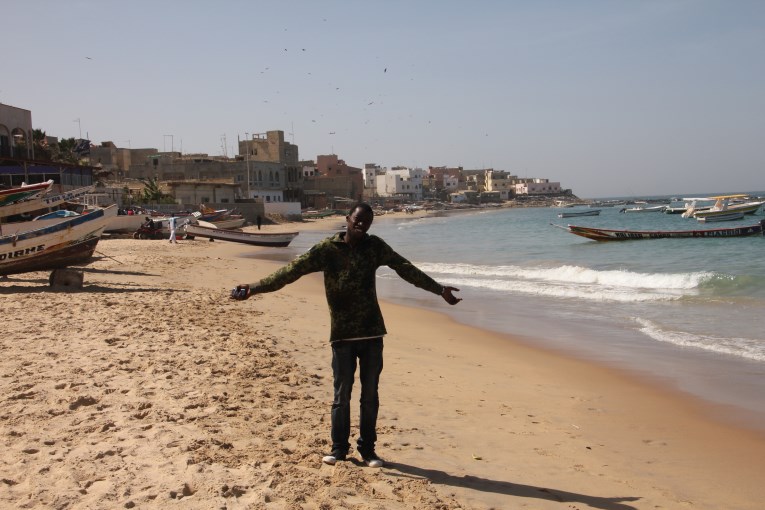